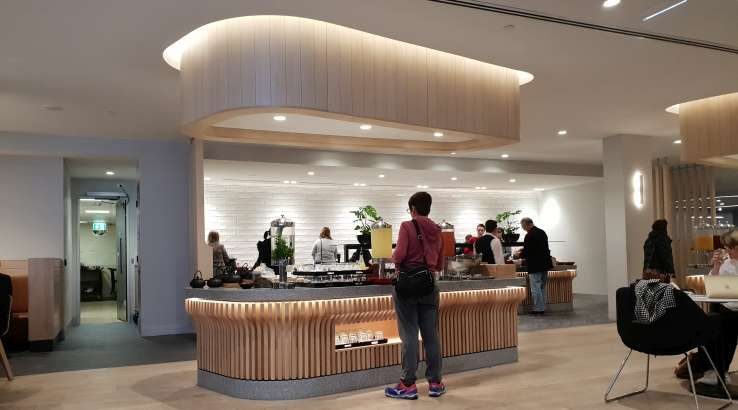 Thank goodness, the power outlet crisis is over.

Over the weekend, I passed through Qantas' Melbourne lounge for the first time since its revamp was (partially) unveiled. First, a quick recap. Since late last year, Qantas domestic passengers in Melbourne have been using a cut-down version of the main Qantas Club lounge, about half the size of the previous area, while major renovations to the lounge were carried out.

The reduced lounge still had all the key features you'd expect, including a full bar and food service, showers and seating. However, it got so crowded at times that it wasn't possible to bring in guests during peak hours.

More annoyingly, there were also just a handful of power outlets throughout the entire Qantas Club area, making it very difficult to charge up your phone or laptop. This is what it looked like (during a relatively uncrowded period): 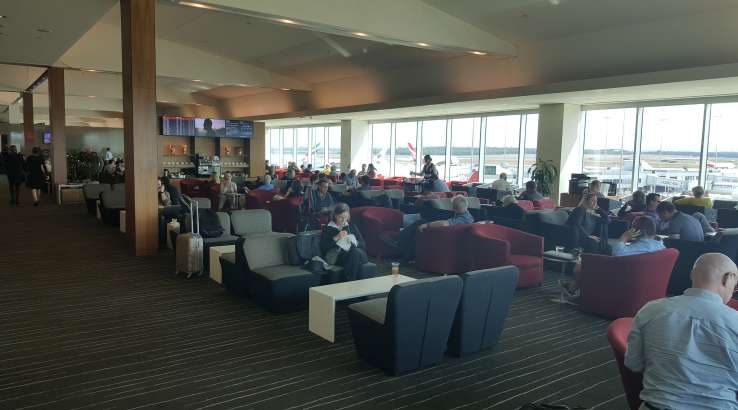 In late May, Qantas released pictures of (part of) the revamped lounge area. Shortly afterwards, it switched customers into that newly-renovated section of the lounge, and began work on revamping the area where everyone had previously been herded in.

I'm not going to offer up a full review of the "new" lounge yet (or take loads of pictures) since effectively only half of it is open. However, even in reduced form it's clearly a big step up from the previous temporary area.

By far the biggest improvement is in the availability of charging options. There are cafe style tables running right down one side of the lounge, with double power outlets behind every one of them. There are also power points under the bench seating on the opposite side and more in a breakfast-bar breakout area near the main coffee and drinks area. During busy periods you still might need to share a table with someone to get access, but it's a major enhancement relative to what we suffered through before.

The revamped decor, all pale wood and rounded curves rather than the dark marble that punctuated the "old" lounge, is also very pleasant (and similar to the recently renovated Brisbane location). One clever move: putting the toasted sandwich makers on a separate bench, and deploying an island for the area where all the ingredients and salads are. Much less crowded and complicated, and a lesson I hope Qantas applies in the Sydney lounge at some point in the future.

That's not to say everything's perfect. One mother in the lounge was bemoaning the (temporary) disappearance of the children's play area, though her daughter was having a great time just running up and down the main thoroughfare. The barista is now located near the entrance to the fancier Business lounge, which I suspect could lead to some crowding problems on busy mornings. 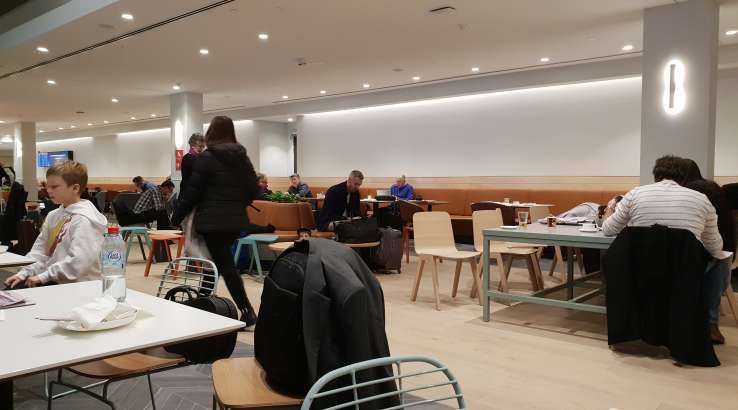 However, those gripes are minor. While we'll have to wait until later in the year for the full experience, it's going to be a lot less painful using the lounge now than it has been in recent months. Once the full lounge is opened, Points Finder will return for a complete review. I just hope the threat to create a coworking space in there doesn't happen.