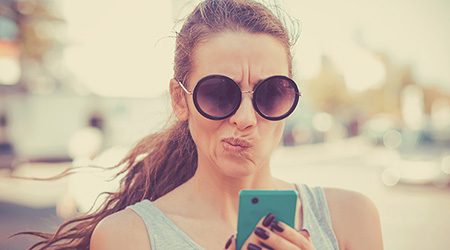 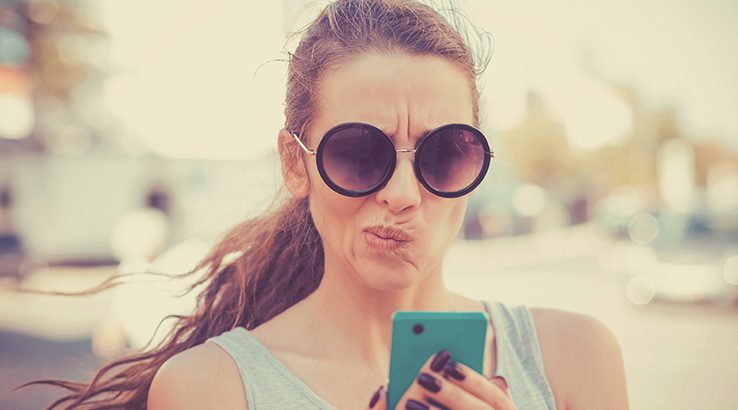 Telstra's new "Peace of Mind" mobile plans promise unlimited data, but are they deals worth jumping on?

Telstra announced back in late June that it was going to radically overhaul its mobile plans, simplifying and getting rid of excess data charge headaches once and for all. Its freshly announced postpaid mobile plans now (mostly) offer what it's calling "Peace of Mind" data, a marketing term for an "unlimited" data plan.

We've thrown "unlimited" in quotes there, because while your data access is never cut off, your access to speed (with one exception) is limited. You get a data quota at full speed and once you've used that all up, "Peace of Mind" data kicks in, capped at a maximum of 1.5Mbps.

There's definitely some comfort in knowing you won't incur excess usage charges, although Telstra does offer the alternative option to stay on full speed data, charged at $10/GB over your quota. You can switch to or from excess data charges or "Peace of Mind" data once per calendar month to suit your needs, but it won't automatically revert back to its prior state for the next month.

So if you want to go to excess data pricing in, say, June, in July you'd need to tell Telstra that you wanted to switch back to Peace of Mind to avoid still incurring additional charges.

Comfort zones in mobile plan pricing are a grand ambition, but does it equate to actual good value? For that, we'll have to examine three different usage cases. There's the SIM-only 12 month contract plans, the mobile phone bundles (outright or leased) and then Telstra's "true" unlimited plan, the $199 "Ultimate" tier.

For all comparisons, we're making the assumptions that your access to all carrier networks is more or less equal and that you'd be satisfied with their baseline 4G network speeds most of the time. Obviously if you're in an area where Optus or Vodafone coverage isn't great, you'd need to adjust for that factor.

Telstra offers 3 BYO postpaid contract plans as of 24 July 2018, but we'll ignore the entry level S plan, because there's no Peace of Mind data capability with that plan. That leaves the $69 and $89 plans to compare. They come with 30GB or 60GB of data at the time of writing, plus that shaped data once you go over that limit.

At $69 on a contract postpaid SIM, what can you reasonably get? Here's how Telstra's M BYO plan compares:

Telstra's deal is decent, but if you want full speed data and can keep your usage below either 60GB with Vodafone or 80GB with Optus, you can do better on a postpaid contract SIM. If you're not going to use that much data per month, those other plans may as well be "unlimited", with the bonus of a lot of additional speed for your data usage.

What about at the $89 price point? Here in contract terms there are fewer plans to compare against at similar price points:

You do get the benefit of a bonus Foxtel Now subscription, no data usage for Apple Music and Telstra's deals for AFL, NRL and Netball streaming, but at a price premium over Vodafone's current $80 deal. $9 seems like a moderate price to pay for no excess data usage charges, realistically, making this a much more appealing option as long as you're a heavy data user.

Telstra provides 24 month contract terms for phones on either outright or leased terms. Leasing typically drops the contract price by around $10 per month, but as we've cautioned before, it can be a risky strategy unless you're very careful with your phone. You don't own the phone on a leased plan and one screen break could wipe out all your leasing savings over the life of the contract.

Telstra's approach to its Peace of Mind data offering for contract customers is a little less friendly if you want the feature bundled, with only the top tier $129 plan providing it for free. On every other phone plan tier where it's available, you'll pay a flat $10 per month for its provision. That kicks in even if you're not using it, by the way.

It's further complicated by including mobile phone handset repayments, because those can vary considerably by handset type. For the purposes of comparison I'll use Apple's very popular iPhone X, but if you have a handset in mind, you should compare carefully using our mobile phone plan finder.

At the $59 per month tier, here's how Telstra's Buy Mobile plans compare, bearing in mind this doesn't include the additional $10 per month you'd pay for Peace of Mind data:

Telstra's position as a premium-priced network remains, because while you could add Peace of Mind data to this plan, it would add an additional $240 over the life of the contract and you'd hit your limit pretty quickly with only 3GB of full speed data to play with. Some of Optus' deals aren't much more attractive, but Vodafone's data-specific Red plans offer a lot more data to use at the maximum speed its network will support in your area.

It's much the same story at the next plan tier, where you pay $79 for the plan and then your mobile costs on top:

Again, you'd have to add $240 to the total cost of that plan if you wanted Peace of Mind data each month of your 24 month contract.

At the $99 L plan price point it's still the same story, with some truly massive data allowances on competing plans:

At the $129 price point, Telstra includes the Peace of Mind data perk and you also benefit from a lower handset repayment cost. Using the price of an iPhone X 64GB at the time of writing as a baseline, here's how Telstra's XL plan compares:

Peace of Mind data might be free at this tier, but unless you're going to crack more than 60GB of data usage per month – and in some cases more than 100GB+ – it doesn't compare that well.

Telstra's latest premium offering is its $199 "Ultimate" plan, which will pair any phone on Telstra's current plan offering with unlimited data. No "Peace of Mind" here, with Telstra promising full speed access to unlimited data for customers who sign up at this price tier. Telstra does tell us that there's a fair usage policy in place, so possibly multiple-petabyte users would get some ire (or shaping) on their plans.

Still, it's the first "true" unlimited offering we've seen from any carrier, which makes comparison a little tricky. There's no other plan like it, but then the pricing does rather tell the story there. For the sake of comparison, using the 256GB iPhone X as a comparison point – because why wouldn't you take the most expensive phone if you're dropping $199 per month – here's what you'd pay across carriers:

That does give us a comparison point to work from, because for less than that $199 per month, you can score more than 120GB of data pretty easily. As such, while it's unique for now, Telstra's Ultimate plan would only really make sense if you were certain you'd be using more than that – or in the case of Optus' current plans, more than 200GB per month.