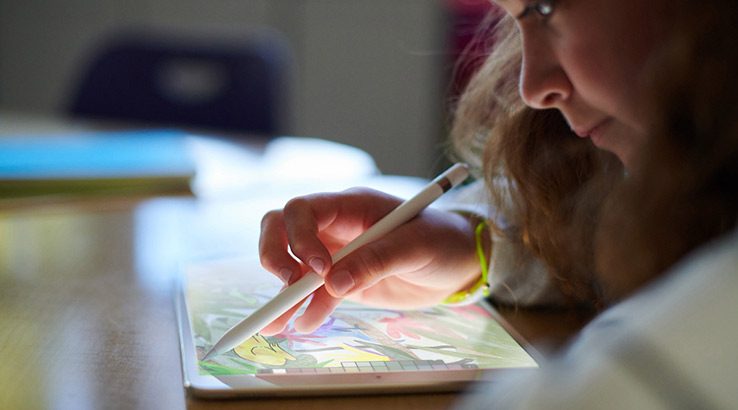 Are you better off getting a new Apple iPad through Telstra or buying one outright?

Telstra has announced that from 24 April 2018, you'll be able to get the new 2018 model Apple iPad on contract terms, with pre-orders opening up today for Apple's latest tablet.

Naturally, being contract plans, you get a data quota from a supplied nano SIM to go along with your shiny new tablet. While the new iPad is compatible with the Apple Pencil, if you fancy Apple's stylus, you'll have to fork out for one separately.

Telstra's L and XL iPad plans also include a complimentary 12-month Foxtel Now subscription with 2 starter packs, and all plans also include free access and streaming to AFL, AFLW, NRL and Netball live, excluding the NRL Grand Final, State of Origin and some Diamonds games.

The one notable catch there is that the new iPad features a 9.7 inch display, but Telstra's streaming deal for AFL, AFLW and NRL limits the stream viewing size to 7 inches or less. In other words, get used to borders around your games if you stream them on the new iPad, although Telstra does fill that space with player info so it's not entirely wasted.

You also get access to Telstra's public Wi-Fi network, Telstra Air with all plans.

We're still working through our review of the new 2018 iPad, but so far it's an impressive device. But does Telstra's contract plan make financial sense? Here are the basic details for the new iPad on Telstra's tablet contract terms:

You're obviously paying more than you would for just the basic new iPad, and there's not much value here if you're happy always connecting to a Wi-Fi network for your tablet needs. The value lies in you using your iPad along with a mobile network connection.

What Telstra's supplying is either the 32GB or 128GB version of the Wi-Fi+Cellular-enabled 2018 Apple iPad. Those models carry an asking price of $669 and $799 respectively, and that gives us a basis to compare relative value of each plan because you can subtract that price from the total 24-month cost to work out your relative data cost per month. Here's how those sums add up:

The effective monthly cost is the difference between the device cost and the minimum monthly cost, divided by the 24-month term of the contract.

On the surface, Telstra's iPad plans are very competitive as long as you're going to use the data on a regular basis, especially (and surprisingly) for the lower data inclusion plans.

You'd be hard put to find anything on most networks, let alone Telstra's premium network offering that kind of data at those monthly prices. This does assume that you're able to keep your excess data usage at a moderate level. As with many mobile plans, excess data is charged at a flat $10/GB if you go over quota, so if you did that a lot, you'd quickly erase a lot of the value and drive your total cost upwards.

Follow us for all the latest technology phone news and deals