Vodafone Red Plus SIM only plans offer a unique way to get your phone on an interest-free contract over 12, 24 or 36 months with a month-to-month SIM plan.

Vodafone Passes
Vodafone $5 roaming
Vodafone’s New Phone Every Year
Porting your mobile number
What is an MVNO?
5G in Australia 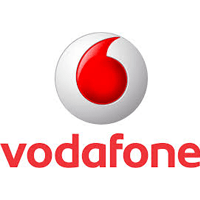 What services does Vodafone offer?

Vodafone provides services for contract mobile customers on its own 3G and 4G networks which provide services across Australia.

Its Vodafone postpaid SIM-only contract offerings include SIM-only plans on month-to-month, 12 or 24 month terms, as well as plans that include a wide range of smartphones. Depending on your choice of plan tier and device there may be repayments involved in a handset plan. Once you've hit your data limit, you can keep browsing for free with "endless" data with capped speed.

How much does Vodafone Mobile cost?

Vodafone's approach to mobile contracts used to follow the normal routine of a handset paired with a mobile plan and handset repayments over 24 months, but in 2017 it re-engineered its approach to plans that included a handset.

That's an approach that gives you a lot of flexibility because you can opt to pay off a handset over 12, 24 or 36 months at any given plan price, although it does mean that higher plan prices don't get lower handset repayments. As such, it's important to carefully consider the total cost paid for a phone plus service through Vodafone Australia.

That starts with Vodafone's SIM-only postpaid plans, which come in multiple variants depending on whether you favour larger data allowances to use while in Australia or need more calling minutes for select international destinations. All of Vodafone's SIM only plans include unlimited standard national calls and texts, plus inclusions relative to their pricing tiers.

These figures are the baselines presently, but it's well worth checking what Vodafone's current plan deals are at a given point in time since it frequently offers special deals that either cut prices or increase data quotas on plans and sometimes both.

You can also get a bundled discount of up to 20% on Vodafone Mobile plans if you have 2 or more (or other qualifying Vodafone network products) via its Vodafone Bundle & Save discount scheme.

You can sign up for just a SIM-only version of these plans without a handset.

What extras does Vodafone Mobile offer?

Vodafone offers an unusual level of flexibility in its contract phone inclusions, depending on whether your usage suits international calling, heavy data usage or entertainment via streaming and online media. You can mix and match certain combinations within those plans depending on whether you want international calling or additional data provisions.

Vodafone offers its contract customers a very simple international roaming proposition; for $5 per day while roaming across a large number of countries you can access any provisions in your contract at no additional charge. Given that all its contract plans include unlimited calls and texts, that’s a lot better than many roaming deals you might otherwise consider.

What excess charges could I face on these plans?

Vodafone makes a point of bundling standard infinite national calls and texts with its contract plans, but the use of the word standard there is a bit of a clue that there are some usage types that you can incur charges for. As these are postpaid plans, any additional usage will be charged for on top of your regular monthly scheduled fee.

Within Australia, you will incur additional charges for calls or texts made to or from premium services, with charge rates as set by the premium service provider.

Vodafone sticks to the industry standard for excess data usage charges, with any use above your existing quota charged at $10 per GB. This charge applies as soon as you go over quota, even if it's only by a little, and is then levied for each additional GB of usage, or part thereof.

Vodafone customers who roam internationally in 55 selected countries incur a flat $5 per day roaming charge, which covers access to your existing plan inclusions. That means that you can use your data and call inclusions for contacting Australian numbers to the extent of your plan provision for a flat $5 fee. Outside of those countries, Vodafone charges a flat $1 per minute to make or receive calls, 75c per text message sent and $1 per MB of data usage.

Vodafone customers who wish to exit their contract early will incur cancellation fees, typically charged as a flat sum multiplied by the number of months remaining on the contract, plus any outstanding handset repayment fees. This doesn't apply if you cancel within your first contract month, as long as you return the handset in good working order.