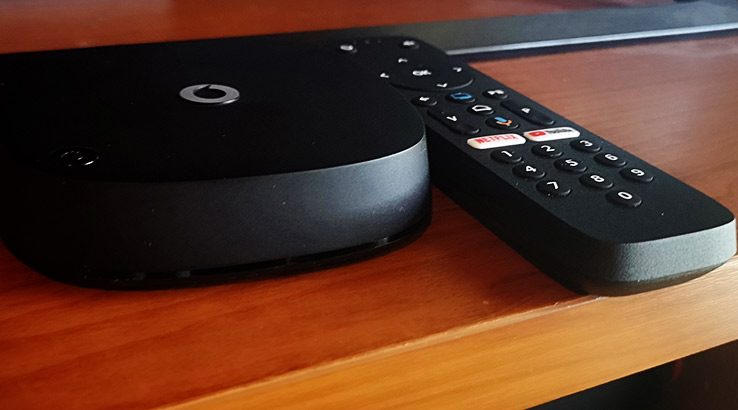 You'll definitely have something to watch if you sign up for a high-speed Vodafone NBN plan.

Vodafone has announced a limited time promotion for consumers signing up to its Vodafone NBN Premium plans, with a free bundled Vodafone TV set top box and Google Home Mini if you sign up before 1 April 2019.

The Vodafone TV box is an Android TV based set-top box with support for most catch-up and streaming services, as well as Android TV apps.

It also acts as a 4K Chromecast device if you prefer casting services to it, which means you can also hook additional Chromecast-compatible services into it via your phone, tablet or laptop.

As the name suggests, it's largely been Vodafone's play for its own customers to enjoy streaming services. We've comprehensively reviewed the Vodafone TV, and you can read that review here.

The Google Home Mini is the veteran of the Google smart speaker space, as well as its entry level model. It's not much of a music speaker, as we found in our review, but it's quite handy for simple voice-based Google queries or controlling smart home appliances.

Vodafone's NBN services aren't available for every connection type or in every location, but it has also announced expansion of its NBN services recently into the following locations:

Keen on a Vodafone Premium NBN plan with free Vodafone TV and Google Home Mini? Check out the latest deal below!