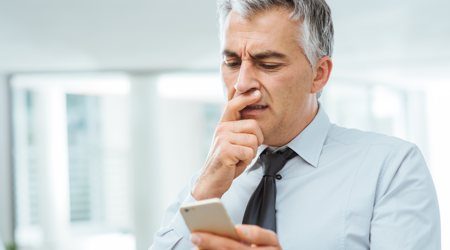 Telstra will now allow consumers to lease mobiles rather than own them, but is that your best option?

The concept of leasing equipment is one that any business owner would be familiar with, but it’s less common in consumer circles. Telstra’s announced that the leasing schemes it offers to small businesses will also be part of its Go Mobile plans. You’ll still be able to get a phone on the existing Go Mobile Plus plans if that suits you, but alternatively you can opt for a Go Mobile Swap plan with a leased phone.

What’s the difference between a leased phone and a contract one?

The largest difference with leasing a phone as distinct from a standard contract phone is that you never actually "own" the phone you’re leasing. With a standard 24-month contract you make monthly contract payments that consist of the base plan price plus a handset repayment fee, but once the contract concludes after 24 months you own the phone outright.

Telstra’s new consumer leasing options offer cheaper monthly plan payments, but you don’t own the phone at any point. Instead, the focus is on upgrading to newer phones after 12 or mmore months depending on your needs and usage. Specifically, after 12 months you can upgrade to a new handset for a flat $99 fee, although Telstra will waive that if you sign up before 24 December 2016. You then have to recontract for a further 24 months to get your new handset. This presumes that your phone is in good working order; if the screen is cracked it will cost you $229, and if your phone is completely non-functional then you will pay up to $499.

If you stay on the plan for 18 months, the cost to swap out a phone in good working order will be $0. There’s also the option to pay a $10 fee per month for Telstra Assure, which would allow you to change out your phone in any condition and at any time for a flat $190 fee once you recontract for a further 24 months.

What are the advantages of leasing?

That ability to swap out to a new phone is the key attraction of the leased plans, alongside the cheaper per-month pricing given the general $10 discount per month on leased plans. If you’re somebody who likes having the latest and greatest phone each and every year there could be some solid value here if you’re already a Telstra customer. It’s worth noting that only a selection of handsets are being offered for Go Mobile leasing at this time, with Telstra’s web site listing the Google Pixel, Google Pixel XL, iPhone 7, iPhone 7 Plus, HTC 10, Samsung Galaxy S7, Samsung Galaxy S7 Edge, Telstra Signature Premium and Telstra Signature Enhanced for lease terms.

What are the disadvantages of leasing?

On a regular contract you end up owning the phone, which means that it’s yours to do with as you like because you’ve made the contract repayments. While the lease plans are lower cost than their regular counterparts, they’re still more expensive than the same thing on a SIM-only basis, which means you are paying in effect a rental price for the handset. Not owning the phone means that you’re not easily free to switch to another network or indeed sell the phone at the end of your 24 month term.

Telstra’s leasing deal works best if you’re relatively certain that you can keep your phone in good working order, because the costs of even a broken screen would all but wipe out any savings you might make on the lease option.

The leasing discount is also more marked for those opting for Telstra’s lower S and M plans where discounts are typically $10 per month. At higher tiers these drop away for many phones, and for several handsets there’s no specific discounts at higher plan tiers.

Telstra has offered its New Phone feeling plan service for a number of years now, allowing customers to upgrade their phones for a one-off fee of $149 when they recontract after 12 months. When it launched, New Phone Feeling cost an additional $10 per month just for the service, but it’s now standard on all Go Mobile Plus plans from Telstra.

It’s worth considering what your likely desire for upgrades and carrier flexibility is going to be. Telstra’s leased plans allow for a cheaper phone swap after 12 months of $99, or free if you sign up before 24 December 2016. That’s lower cost than just the New Phone Feeling upgrade cost itself. New Phone Feeling has the same caveats on phone condition as the lease option, because Telstra is quite upfront that the phones it gets back in this way are refurbished and then sold on afterwards. New Phone Feeling understandably isn’t available for leasing customers, but it’s still present in the standard contract plans. If you’re unsure about whether or not you’re going to switch up or not and want ownership of your phone rather than rental, it might be the better match for your needs.