Discover how to find and compare Australia’s safest cars.

In 2015 there were more than 1,200 fatalities on Australian roads and countless accidents, with signs that this number will only increase in coming years. It might not be possible to prevent all accidents from happening, but driving a safe car makes you much more likely to walk away in one piece.

Safe cars save lives every single day. Learn how you can find a safe vehicle with this guide.

How to use ANCAP safety ratings

ANCAP stands for the Australasian New Car Assessment Program. It rates cars from one to five stars for safety based on extensive testing. ANCAP recommends purchasing only five-star vehicles, and nothing less. These are cars that have tested very well across three main areas:

It’s been a long time since one or two stars has been acceptable. The bar has really risen to five stars, and the gap between the star ratings is big.

Tips for finding a safe car in Australia

When you compare ANCAP scores, remember the following:

There are a lot of four- and five-star options out there for different price ranges and types of cars, so you should have a full range of options to choose from.

What car types do you have to consider?

ANCAP has nine different vehicle categories and plenty of five-star options in each. Each category is defined by its general size, weight and shape rather than any particular technical differences, so ANCAP may have the same vehicle in more than one category. To find the safest car you should first know which type of car you’re after, then simply compare the safety ratings among vehicles of that type. 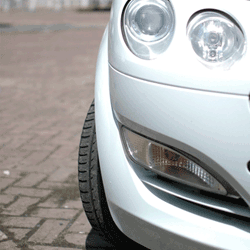 These vary widely in price and size. Newer and pricier vehicles usually have better safety features, but there are many well-rated options available. 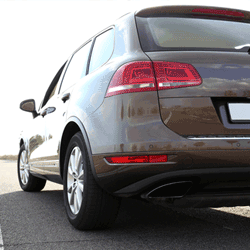 SUVs are largely defined by their all-terrain capabilities and four-wheel drive, as well as other less obvious differences. Cars in the SUV category tend to have good safety features, but it’s always worth checking ANCAP scores before buying. 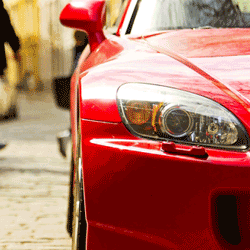 These cars are unique in their own ways, and it’s best to compare their safety features with equivalent types of vehicles. People movers, for example, are designed to carry a lot of passengers, which gives them unique safety and testing requirements.

What financing options do you have for a safe car in Australia?

A car is an investment, and a safe car is a particularly good investment. It’s important to remember that ANCAP stars are an actual indicator of how likely a car will be involved in an accident, and how likely it is that someone in that car will die if there is an accident. With thousands of accidents on Australian roads every year, this is crucially important. Lives are saved every day by people driving cars with high safety ratings.

Safety should always be a consideration when buying a vehicle, and there are good options in all price ranges and vehicle types. If you’re buying a second-hand car the ANCAP safety ratings still apply. It may be worth holding off on a purchase until you can find a safer car that suits your needs. If that’s not an option, then you may wish to consider financing options. Because there is such an enormous difference between less safe and safer cars, and even between the safer four- and five-star cars, it can be worth paying more for the safer option.

Now that you know how to find a safe car, you can compare your financing options.

Compare a range of car loans

Close
Picture: Shutterstock
Was this content helpful to you?
Thank you for your feedback!

How to buy a car at auction How much can I afford to borrow for a car loan?