Optus NBN plan prices drop, but is it worth your money? Score a $10 discount on most NBN plans from the telco giant and see how these stack up against Telstra.

If you're looking to pay less for a better Internet plan with top-tier speeds, it's worth zooming in on Optus' latest offers. These work well if you like getting some perks and bonuses on the side.

What are Optus' NBN deals?

You'll get $10 knocked off for signing up with Optus between 3 May and 1 August. This offer extends to majority of its NBN 50 and NBN 100 plans (listed below).

The discounted price will be valid for the first 6 months and total savings will add up to $60.

The two common factors between all the Optus plans below are that you have to pay a $99 set-up fee and $252 for a modem. However, the modem cost is waived if you stay connected for 36 months.

Here's a breakdown of what's on offer:

Get unlimited data for $75 a month for the first 6 months. Price reverts to $85 a month after. Typical evening speed of 50Mbps. T&Cs apply.
Go to site

Get unlimited data for $85 a month for the first 6 months. Price reverts to $95 a month after. Typical evening speed of 100Mbps. T&Cs apply.
Go to site

Get unlimited data for $95 a month for the first 6 months. Price reverts to $105 a month after. Typical evening speed of 100Mbps. T&Cs apply.
Go to site

You can take a look at Optus' NBN deals in more detail here.

Are the Optus discounts worth your money?

Optus is usually hot on Telstra's heels for Internet speed, coverage and price points. It's only fair to compare the two telco giants as there's very little difference between the value they offer in the broadband arena. 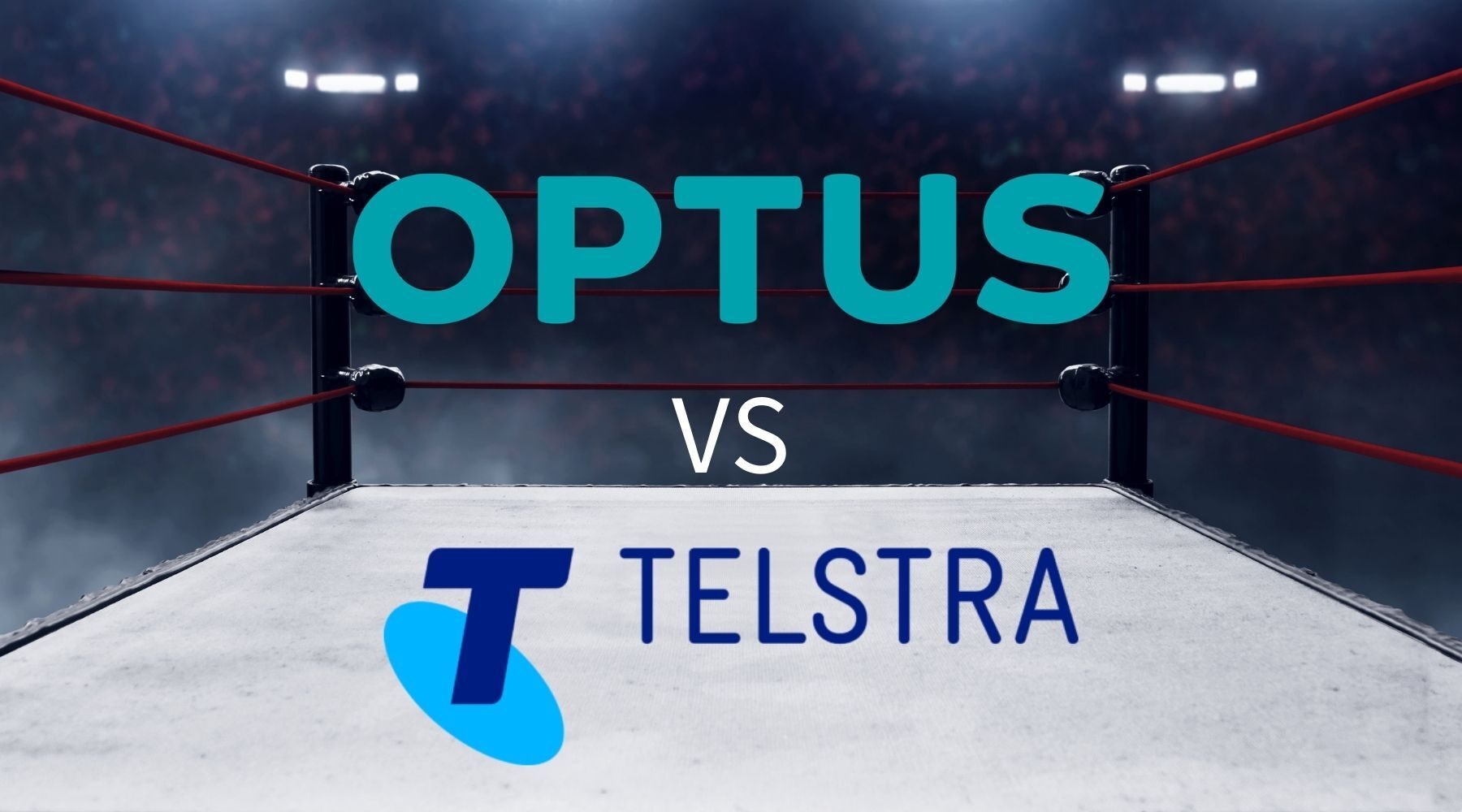 For ease, we'll stack up both Optus' and Telstra's cheapest NBN 50 and NBN 100 plans against each other.

Cost. Optus' Internet Entertainer NBN 50 plan is currently $10 cheaper than Telstra's because of the latest discount. You'll pay $80 with Optus instead of $90 with Telstra for the first 6 months.

However, Optus requires you to pay a $99 set-up fee while Telstra has waived this cost.

Speed. Both Optus and Telstra offer 50Mbps typical evening speeds. It's worth noting though that while they're the same speed, Optus has continually topped the ACCC's broadband performance ranking which suggests it's more reliable at delivering its maximum speeds.

Contract. There's no lock-in contract for either telco. However, you have to pay Telstra's modem cost over 24 months ($9 a month) while Optus has a 36-month pay-off period ($7 a month).

If you decide to leave, you'll have to pay off the remaining months outright. Optus ends up being $36 more expensive overall.

Perks. You get 3 months of Binge free with Telstra. Optus freebies include Optus Sport, OS Fitness and Fetch for the entirety of your time with the telco.

Note: We're not comparing the Family Internet Ultimate NBN 50 from Optus even though it's discounted to $75. That's because you have to pay an additional $216 for booster Wi-Fi if you decide to sign up to the plan.

Cost. The Optus Internet Everyday NBN 100 plan, which usually costs $95 is on discount at $85 for the first 6 months.

Although Telstra is more expensive at first glance, Optus also requires you to pay a $99 set-up fee, which pushes your sign-up costs higher.

Speed. 100Mbps typical evening speeds from both providers. Again, Optus stands out for taking the crown in ACCC's rankings as mentioned above.

Contract features and perks are the same as the NBN 50 barring one small difference: Fetch isn't included in this Optus plan.

Our verdict: Optus vs Telstra

If you're looking for a reliable Internet provider and fast speeds, Optus is definitely worth considering. Its typical evening speeds match Telstra's perfectly, but has the added advantage of being a reliable provider thanks to topping the ACCC's report most quarters.

Optus' current offers make it slightly cheaper than Telstra's current deals, but keep in mind that your upfront cost with Telstra will be higher because you need to pay its $99 set-up fee.

While both offer no lock-in contracts, you will need to stay with Optus for a minimum of 36 months in order to repay the cost of the modem, whereas you'll only need to stay for 24 months with Telstra.

Which NBN speed is right for me?

To decide which plan is right for you, you'll need to figure out which speed works best with your habits.

The first thing to look at is the different typical evening speeds offered by providers.

However, the more you do online and the more people you live with, the faster the speeds you'll need.

In the case of Optus, you only have two speed tiers to choose from: NBN 50 and NBN 100.

Find more NBN deals with our quick and easy Broadband Plan Finder™. We've compared over 600 NBN plans so you can find yourself an offer that's both fast and affordable.