Opinion: What will Optus’ unlimited mobile broadband offer do to the NBN? 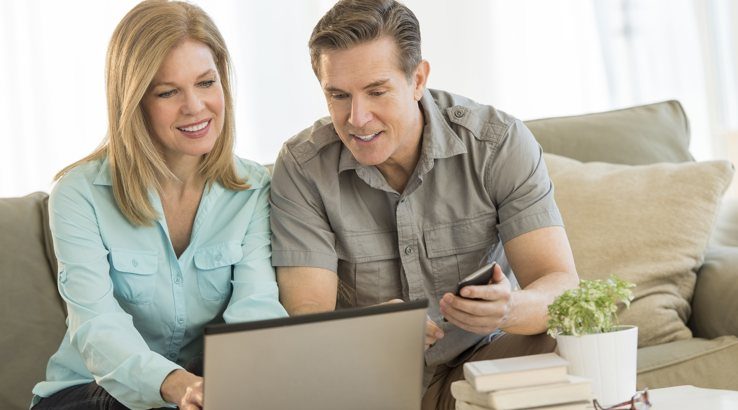 No, you can't buy Optus' unlimited offer any more, but the fact that it was willing go down the unlimited data route could have huge implications.

As the AFR reports, for a super-brief period last week, it was possible to sign up for an unlimited mobile broadband package from Optus for as little as $60 per month. If you signed up for two unlimited mobile data SIMs, the 2nd SIM would cost just $50, and for the 3rd you'd only pay $40 per month on a 12 month contract. For $150 per month, you could have had unlimited data across 3 of your family members, which on the surface was one seriously sweet deal.

It was a surprising move from the telco that flew in the face of a lot of analysis around mobile data usage and trends in Australia, including our own finder research that suggested that while $60 was what Australians would pay for an "unlimited" mobile data package, it was unrealistic to suggest it might happen.

Optus' play, as the AFR notes, was for a limited subset of customers, and it appears that it came with some pretty significant exceptions and exclusions, including tethering being limited to speeds of just 1.5Mbps, alongside heavy users being liable to experience "slower download speeds".

That's fascinating in and of itself because while shaping is a concept that's existed in the fixed broadband space for decades, it would fly in the face of the ACCC's usually accepted definition of what "unlimited" typically means for broadband users.

Any kind of shaping is by definition a limit on what a user might reasonably do with such a plan. As such, the ACCC may still step in on Optus' unlimited data party, because while you or I can't sign up anymore, Optus has indicated that it will honour its 12 month unlimited data plans for anyone lucky enough to hook into them during their brief availability period.

Optus' shaping scheme is very similar to the way most "unlimited" plans offered overseas tend to function, outside of the fact that those plans can often be even more brutal than Optus' own. In the US, for example, many "unlimited" plans come with a quantity of 4G data, and once that's exhausted, you're dropped down to that carrier's 2G network, which isn't really suitable for any data-centric tasks at all. Here in Australia, only Vodafone has a 2G network still in operation, and even that's due to die at the end of April.

The US carriers can do that because US consumer protections differ from those in Australia or in other words, you can put limits on "unlimited" deals in America without getting slapped by consumer watchdogs. They also do it to manage their network loads, because otherwise, they run the very real risk of serious network congestion if everyone tries to access fast data on a continuous basis. 5G networks may well help with some of those issues, and that's perhaps part of the story around Optus' early declaration of its own fixed broadband 5G services for early next year.

Optus' use of shaping does still mean our earlier analysis of pricing and unlimited availability still holds true, I feel. I think if you asked any Australian mobile user whether an unlimited plan would have speed limits imposed on it, they'd shout an emphatic "No!", possibly with an expletive beforehand.

Still, the fact that Optus is exploring concepts around unlimited mobile data packages signals a shift in the Australian mobile and broadband spaces. Some may see it as a shot across the bow of the NBN, although if Optus really is going to offer a plan that tops out when tethering at 1.5Mbps, the NBN probably doesn't have that much to worry about outside of the very lightest network users. Mobile broadband is very good in an access sense because you can get it just about anywhere with a degree of population in Australia, but it's highly variable due to its wireless nature and the loads on the network, and especially problematic for some uses such as high-intensity gaming. That's where a fixed line NBN connection (faults notwithstanding) should absolutely shine.

It's more in the competitive mobile space that Optus is going to make waves, simply because of the functional devaluing of data itself that such a plan creates. Most mobile plans these days come with unlimited calls and texts, making data the battleground for telcos to jostle around for customer attention.

Optus has already been notably aggressive here, most recently with its 200GB mobile phone plans, available for handsets such as the Apple iPhone X or Samsung Galaxy S9. Unlimited mobile data is a different game again because then the points of differentiation (outside of network quality, perceived or actual) between plans boil down for most users to just the dollars you'll pay.

Sure, Optus can bundle its Optus Sports just as Telstra offers up AFL, NRL and Netball streaming as a bonus, but that's not going to grab the interest of every user out there. Lower prices will do just that for anyone, irrespective of any other bonus deal.

As such, while Optus may have signalled that it's ready to go down the unlimited data path, what it's really signalling that could be a win for consumers is a particularly brutal mobile data price war.

The casualties could well be customers on its own MVNO partner contracts, or possibly even incoming 4th network TPG, but then, war always was hell. At least in this war, consumers should end up the winners.