What is luxury car tax?

Find out exactly what Luxury Car Tax (LCT) is and whether it applies to your car.

Luxury Car Tax (LCT) is a tax charged on imported vehicles valued over a threshold set by the Australian Taxation Office. There are two thresholds, one for standard vehicles, another designed to encourage the uptake of fuel-efficient cars.

Originally, Luxury Car Tax was intended to support the Australian automotive industry by encouraging people to purchase locally-made cars. With large-scale domestic car manufacturing gone, many Aussies are now critical of the LCT. 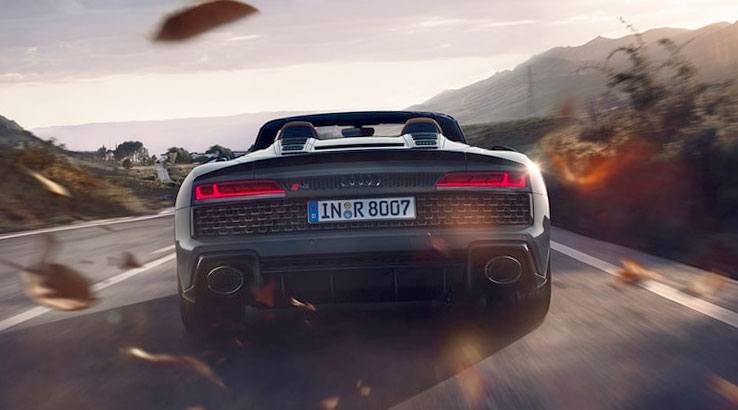 What is the luxury car tax?

The luxury car tax is a tax collected by the Australian Taxation Office on imported vehicles valued above a set price threshold. The tax is typically payable by businesses that purchase or import luxury cars as well as on non-business entities who import luxury cars. That outlay is then included in the price of the vehicle and passed on to a buyer.

The LCT is a tax of 33% applied to the remaining retail price of a car above the LCT threshold (including GST and other dealer fees and accessories, but excluding stamp duty, CTP, servicing packages and warranty extensions). However, this threshold is reviewed every year and other conditions will determine whether a car qualifies for LCT.

How does the luxury car tax work?

The LCT is a tax on the GST-inclusive total value of a car that is over the threshold set by the Australian Taxation Office.

As of 2020, it's only payable at a 33% rate on the value of the vehicle that exceeds the LCT threshold.

Because the LCT thresholds have changed over the years, here's a breakdown of the different financial year value bands.

When calculating the value of a car for LCT purposes, the value of parts, accessories or attachments supplied with the car will be taken into account. Though the cost of the LCT is typically borne by businesses, in some cases they can pass this cost on to the final consumer.

How does the luxury car tax apply to electric vehicles?

When it comes to electric vehicles, such as Tesla models, the luxury car tax bracket is the same as for fuel-efficient cars. Currently, many people deem this as unfair as it disincentivises people from purchasing zero-emission vehicles. The electric vehicle industry has been calling for an abolition of the LCT for electric cars for some time.

How to register for the luxury car tax

If you run a business that sells cars to consumers, you will need to have an Australian Business Number (ABN) and be registered for GST. You will need to satisfy both these requirements before registering for the LCT.

You can apply for an LCT business account in the following ways:

Applying for this type of account will mean that the 1E and 1F labels appear on your activity statement.

When should the luxury car tax be charged?

When the LCT needs to be charged can be a confusing issue for some business owners. Generally speaking, if you import or sell a car valued above the LCT threshold, you are liable for LCT. However, there are certain instances when the issue of LCT becomes a little more complicated. These include the following:

Looking to buy a car that triggers the luxury car tax?

There are several financing options available that might help you manage the added cost. Compare car loan options from a range of lenders in Australia to help you save.

How to calculate your luxury car tax 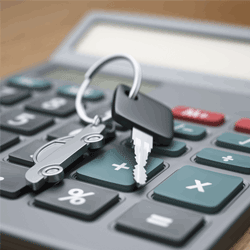 Working out exactly how much LCT you will have to pay for your car can be influenced by a number of factors, including whether you are selling or importing the car.

If you need to work out the amount of LCT payable on the sale of a luxury car, start by subtracting the current LCT threshold ($68,740 for ordinary vehicles, $77,565 for environmentally-friendly variants) from the price of the car (including GST). Next, divide this amount by 1.1 (the 10% GST rate). Finally, multiply the number you now have by 33%, remembering that the LCT rate is 33%. This will give you the amount of LCT payable on your car.

The LCT value is a car’s retail price, minus any LCT included in the sale price and minus any other Australian taxes, fees or charges (but including GST, dealer fees, optional accessories, incentives and customs duty).

If you’re importing a car, use the following formula to calculate the luxury car tax payable: (LCT value – LCT threshold) x 10 ÷ 11 x 33%, it’s also important to remember that the LCT value of a car will include the following:

Finally, if you supply a luxury car that is less than two years old and on which LCT has already been paid, the LCT you will have to pay for this latest sale can be reduced by the amount of LCT that was paid on the previous sale or importation. In these cases, you will only have to pay LCT if the car has increased in value, in which case LCT will only apply on the amount of the increase.

You need to pay

Matt Corke is Finder’s head of publishing ventures. Prior to this he was head of publishing for Australia, New Zealand and emerging markets. Matt built his first website in 1999 and has been building computers since he was in his early teens. In that time, he has survived the dot-com crash and countless Google algorithm updates.