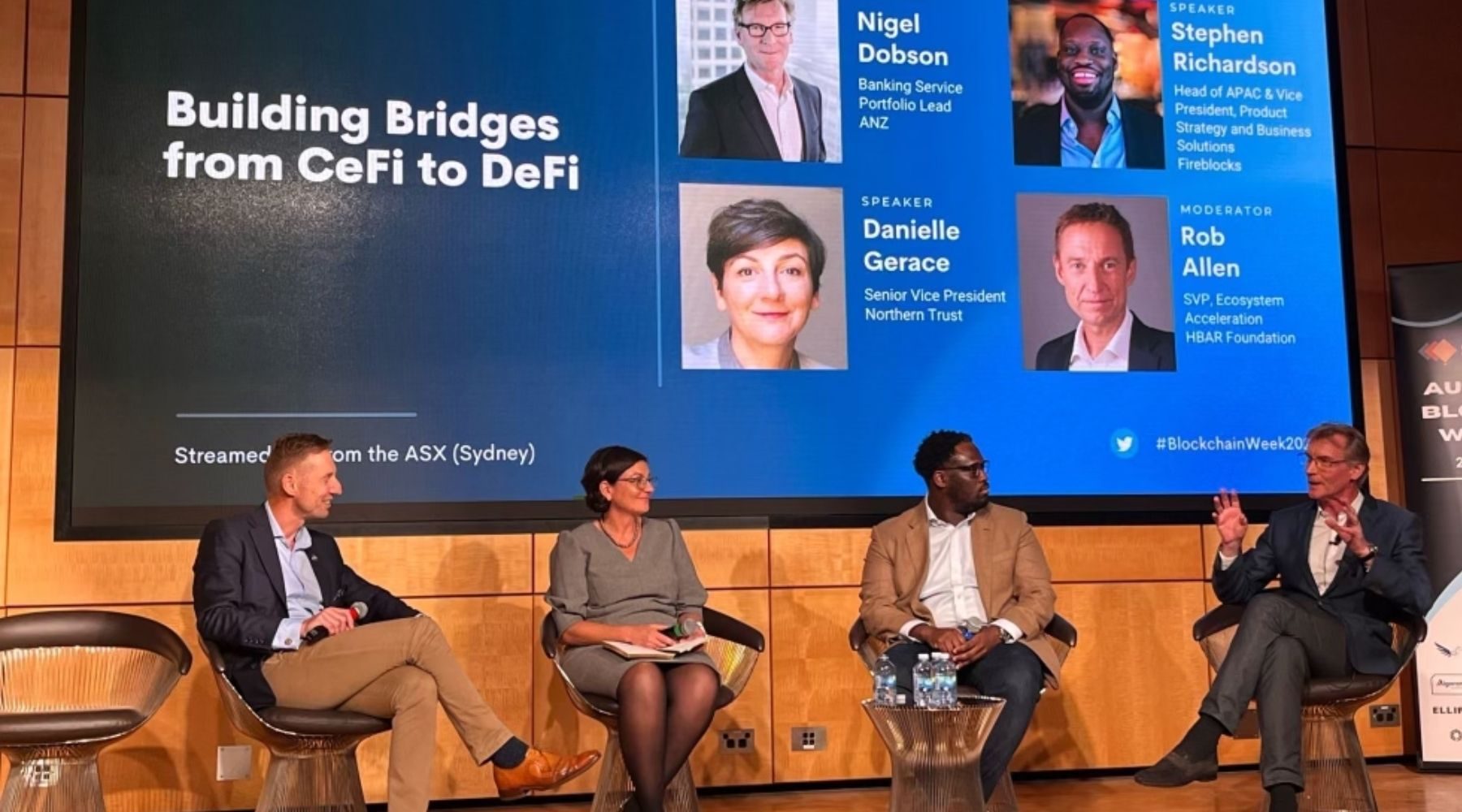 The Big Four bank has already minted tokens on the Hedera Hashgraph testnet.

ANZ is readying to dip its toes deeper into cryptocurrency, unveiling plans to tap into the growing demand for decentralised finance (DeFi).

Speaking at an Australian Blockchain Week panel on the intersection of traditional finance and DeFi, ANZ's portfolio lead Nigel Dobson said that the bank is exploring how best to offer DeFi services to its 8.5 million customers.

While crypto is often presented as an alternative to traditional finance, larger banks have actively been exploring the technology.

Dobson told the conference ANZ was taking a "blockchain agnostic" approach and had already experimented with minting, transacting and burning tokens on the Hedera Hashgraph testnet.

One advantage of Hasgraph, Dobson noted, was its "low-cost and low-carbon" infrastructure. His comments suggest that network might be the platform of choice for ANZ for any future DeFi or stablecoin plans, though he didn't offer any further details.

Hedera Hashgraph's lower-carbon imprint fits with ANZ's stated goals to be a more ecologically responsible bank. Bitcoin and Ethereum are often criticised for their high carbon emissions. Hashgraph is capable of running Solidity smart contracts, which means that existing smart contracts and applications on Ethereum can be ported over to Hashgraph, which could help bootstrap a potential DeFi ecosystem.

ANZ is also working with cryptocurrency custody service Fireblocks, which is used by institutions to help provide digital assets to their users.

Dobson made the comment on the first day of Australian Blockchain Week, which focused on the arrival of major institutions in the blockchain and cryptocurrency industry. Panels featured representatives from retail banks such as ANZ, NAB and Commonwealth Bank, alongside investment banks JP Morgan and Goldman Sachs, while KPMG and EY also spoke about their blockchain ambitions.

A recurring theme was that banks are no longer just exploring offering cryptocurrency and blockchain services to their clients, but are now actively building and testing products and services to launch in the near future.

The author owns a range of cryptocurrencies at the time of writing.