How women and men think differently about investment risk 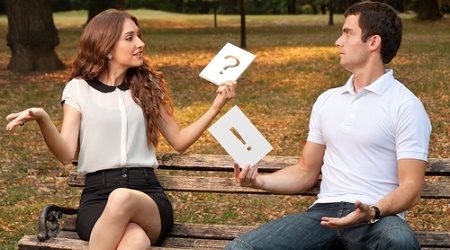 It's important to understand your investment goals, regardless of gender.

NAB asset management recently released a report illustrating the differences in investment behaviour and strategy between men and women.

The report outlines four major ways in which men and women think different regarding financial decisions:

Men often consider their personal financial goals as secondary to a recognised benchmark level or one determined by their peers achievements or expectations. NAB's portfolio specialist Kajanga Kulatunga says it's important to figure out what it is you need in order to succeed or attain satisfaction.

"For these investors, it’s worth considering outcome-driven investment strategies, like real return portfolios, which aim to produce a return above inflation," he said.

Procrastination is often caused by fear and conjecture. Research shows women are more likely to worry about making a poor investment decision than men, but there are ways to take the guesswork out of deciding where and when to invest. A dollar cost averaging strategy works by regularly investing smaller amounts, meaning you'll buy less units when the market's up but more when it's down.

Women can also be incredibly independent and personally invested in their financial decisions.

Risk-taking strategies are generally more prevalent among men. While risky decisions can translate into higher interim returns, there are often costly consequences for long-term goals.

Men are more frequent share traders than women. However, this doesn't necessarily translate to higher returns. The report reveals men have been shown to trade 45% more than women, but on average produce lower returns (2.7% lower than women).

"A separately managed account may be worth considering. This option lets you have ownership and daily oversight of your investments, but ensures the portfolio is being professionally managed to a risk profile and objective," he said.

On the other hand, risk-averse investors should assess whether or not lower risk investments like cash, term deposits and fixed income will actually generate enough returns to meet their savings goals.

"Real return focused portfolios, with outcome or inflation targets that manage downside risk may be a good option for some," Kulatunga said.

Retirement funding is essential for every Australian, male and female. While average savings among female pre-retirees remain significantly lower than men's, the gap is contracting.

In 2008 women's savings were just 57.7% of the male average. This figure has increased to 63% in 2016. While these gains are promising, retirement funding for both women and men is still below estimates sufficient for a "comfortable lifestyle".

While gender clearly plays a role in people's investment strategies, research studies continue to show that our attitudes, beliefs and actions are influenced by the generation we belong to, and that Baby Boomers, Generation X and Generation Y each have distinctly different ways of doing things.

Bet, buy or bank? Consider and compare where you should invest your money.