How will Bitcoin ETFs impact the market? 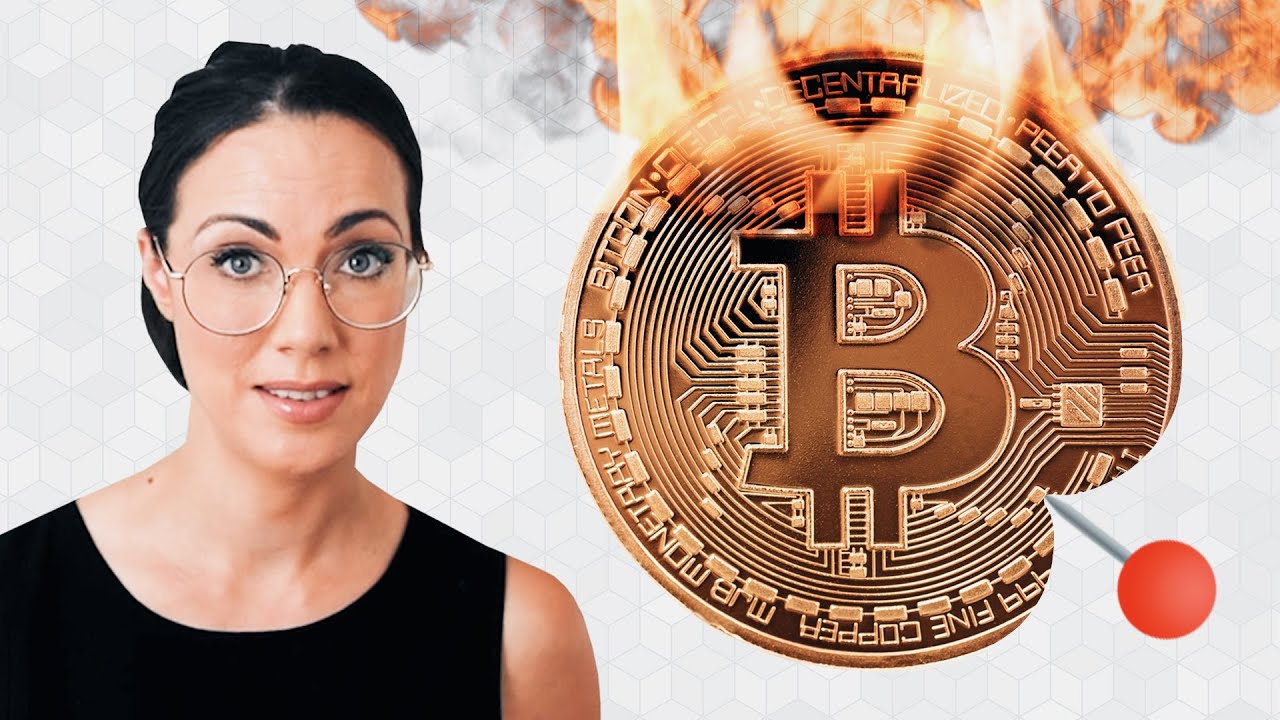 Bitcoin ETFs have disrupted the market, but there are fears over how much they'll disrupt prices.

After years of anticipation, the first of the US Bitcoin ETFs have finally listed on Wall Street.

But just a few days later, that price would be sent spiralling. In just minutes, the price of Bitcoin on 27 October dropped by thousands of dollars. From a high of US$66,000 to as low as US$58,000 in days.

Analysts think the price volatility has been spurred on because of hype around these new ETFs. And this has sparked further concerns from regulators like US Securities Exchange Commission (SEC) that these digital asset ETFs have the potential to distort the market or create a price bubble.

Why are regulators worried?

For years, fund managers have been trying to launch physical Bitcoin ETFs in the US. This is where the physical underlying Bitcoin is bought and sold.

The first application for a US physical Bitcoin ETF was filed in 2013 by the the Winklevoss twins who you probably remember from the film The Social Network. And numerous other applications have been submitted and rejected by the SEC since then.

However, the ProShares and Valkyrie Bitcoin ETFs trade Bitcoin futures contracts. No physical Bitcoin at this stage is being traded.

Arguably, trading Bitcoin futures has a less desirable outcome to buying physical Bitcoin, thanks to what’s called a "contango" event. For example, Horizon’s Front Month Rolling Futures Bitcoin Index has returned 530% in 2 years, while Bitcoin itself returned 660% over the same period, according to Bloomberg.

So, why has the SEC refused to allow physical Bitcoin ETFs?

The rise of index funds

The SEC is wary about giving the green light to an ETF whose underlying value is influenced by activities on an unregulated exchange.

It believes this would leave prices open to manipulation, which could become dire for mum and dad investors who now have easy access to cryptocurrencies.

ETFs or "index funds" are hugely popular with retail investors and often used as a way to store and grow retirement funds.

The idea is that they’re safer because they simply track or mimic a broader market typically through a diversified portfolio of stocks. And they’re cheaper because no-one is actively hunting for new stock opportunities.

But they’ve become so popular in the last decade that index funds now hold up to 30% of US equities and over US$11 trillion of investor capital.

And when ETFs become big, they can directly impact the stocks or other assets held within the fund.

The impact that Bitcoin ETFs have on the market will depend on the type of ETF it is, explains Monochrom Asset Management Jeff Yew.

However, the Bitcoin price rally following the ProShares and Valkyrie futures ETFs was more to do with hype.

"What we have witnessed is that futures based ETFs have more of a sentiment-driven effect, as whilst they do not hold the physical asset, they indicate to the market that regulators have warmed to Bitcoin and see it as an investable asset. The market then takes this as tacit approval, which then sees more inflows into spot markets, driving the price higher," says Yew.

Yew also points out that Bitcoin has a global secondary market that trades 24/7 with no real closing, hence we can expect slightly different price discovery behaviours than traditional equities.

Price discovery is all about what is influencing asset prices the most.

If one or a few Bitcoin ETFs become very popular, they could become the dominant driver of price discovery.

It’s here that some analysts fear we could see ETFs inspire a Bitcoin bubble. The theory goes that if enough funds pour into physical Bitcoin ETFs, it would drive up prices across the market.

Essentially, you’d have a perpetuating cycle where Bitcoin prices go up, simply because more funds are poured into index funds.

Some analysts, such as Australian fund manager Roger Montgomery, have even cautioned investors to avoid passive ETFs. The argument is that they distort prices by unnaturally propping up underperforming companies.

To avoid these market risks, regulators like the SEC want an exchange that they have authority over to lead price discovery. In commodities markets these are typically futures exchanges.

Bitwise Asset Management, a US cryptocurrency index and fund provider, argues that the futures exchange Chicago Mercantile Exchange (CME) is the dominant source of price discovery.

To back that theory, it looked at previous overseas listings of cryptocurrency ETFs, such as Canada’s Purpose Bitcoin ETF, BTCC.

It concludes: "The data shows, at least in an anecdotal fashion, that even substantial inflows into newly launched ETPs have not correlated with changes in the price of Bitcoin in a statistically significant fashion."

7/ The CME is now the leading source of price discovery in the bitcoin market!

The market has matured.

An actual BTC ETF can now be approved.

If CME is proven to be the dominant force in price discovery, it would give the SEC and other regulators more reason to approve physical Bitcoin ETFs.

Of course, this view benefits fund managers like Bitwise, who are attempting to launch their own cryptocurrency ETFs.

Other studies say just the opposite. In a report titled Price discovery in Bitcoin: The impact of unregulated markets from the University of Sussex, researchers concluded that CME far from dominates price discovery, attributing it instead to activity on unregulated exchanges like Huobi, OKEx, BitMEX.

It says: "The CME futures have a very minor effect on price discovery, even less than the spot exchanges Bitfinex, Bitstamp and Coinbase. Our findings highlight the persistent problems stemming from inconsistent regulation in Bitcoin spot and derivatives markets, including insufficient price stability and lack of resistance to manipulative trading."

Cryptocurrencies are undoubtedly here to stay in some form.

The problem we now face is a lack of consistent regulation that has left authorities uncertain of the path forward.

Unlike assets such as gold or cash currencies, there is no agreed-upon rule book from authorities around the world. The same year that China banned Bitcoin, El Salvador made it the country’s legal tender.

This has confused the view of whether something like a Bitcoin ETF is a reasonably safe vehicle for investors or unpredictable and easily manipulated.

The exciting part of this is that we’re at a crossroads. What happens over the next few months in the ETF space could have a massive impact on how cryptocurrencies are adopted and even regulated in the future.

The good news is, where there is volatility and uncertainty, there can also be big opportunities if you’re willing and able to take on the risk.

As for the feared bubble, well there’s a very real possibility we’re in one. But like Montgomery says, bubbles come and go: "Like the stock market, there will be many bubbles that inflate and explode along the way."