Virgin Australia’s future: No Tigerair, no long-haul, all points and credits are safe 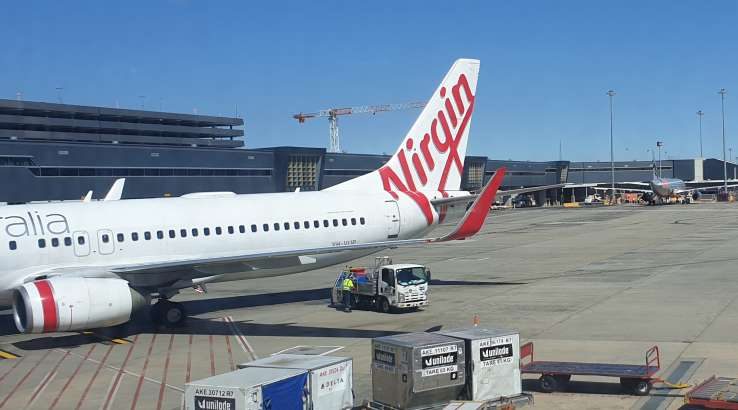 3,000 staff to go, and the airline's fleet will be simplified.

Virgin Australia will dump Tigerair and sack 3,000 staff as it looks to re-establish itself after going into administration.

Bain Capital successfully bid to buy out Virgin in a deal announced in July. Bain's buyout still requires approval at a final meeting with creditors, which is expected later this month.

"Our initial focus will be on investing in the core Virgin Australia domestic and short-haul international operation alongside our 10-million-member strong Velocity Frequent Flyer program, continuing to offer an extensive network of destinations, a domestic lounge network and value for money for customers," Virgin Australia CEO Paul Scurrah said.

The announcement confirms many of the expected changes to the airline. Here are the key ones that will impact consumers.

Virgin Australia's loyalty scheme Velocity is being retained, and all points held by Velocity Members will be maintained. Currently, those points can only be used for redemptions on reward flights, hotel and car bookings, but reward redemptions through the e-Store and for international flights should return eventually.

Travel credits for flights cancelled during the pandemic will be retained under Bain's ownership. Existing travel credits will now be valid until 30 June 2023, and any Tigerair bookings will be converted into Virgin Australia travel credits.

"Bain Capital recognises the importance of Virgin Australia's loyal customers, and that's why they will be provided the value of their travel credits post administration with validity significantly extended to ensure they have plenty of opportunity to book tickets to their favourite destinations," Scurrah said.

Tigerair Australia is no more

Low-cost carrier Tigerair is officially being dropped in Australia. Virgin Australia acquired the airline in 2014, but has never managed to turn a profit from it.

"The Tigerair brand will be discontinued in the market as there is not sufficient customer demand to support two carriers at this time," Virgin's announcement says. The airline will maintain the Tigerair air operator certificate (AOC) so it has the option to run a low-cost carrier in the future "when the domestic market can support it". That's not likely to happen anytime soon, given the low level of demand for air travel.

Customers with existing Tigerair Australia bookings will receive a travel credit to use on Virgin Australia's services.

No long-haul routes in the near future

"Given current international travel restrictions, the airline will continue to suspend flights to Los Angeles and Tokyo with the intention to recommence and grow long-haul flights when sufficient demand returns," Virgin's announcement says. "Customers will continue to have access to international markets through the airline's codeshare partners." In practice, it seems unlikely anyone will be taking international reward flights before 2021 at the earliest.

Flights within the Pacific, including New Zealand, Fiji and Vanuatu, are planned to resume once international travel is possible.

The Virgin Australia fleet will convert to all-Boeing 737 for mainline operations. The existing regional and charter fleet will remain.

That means ATR, Boeing 777, Airbus A330 and Airbus A320 (used by Tigerair) will all be retired. Running a single-craft fleet should cut Virgin Australia's maintenance costs, but might impact its willingness to serve regional locations as frequently.