Is Velocity’s 1 million point giveaway with flybuys worth it? 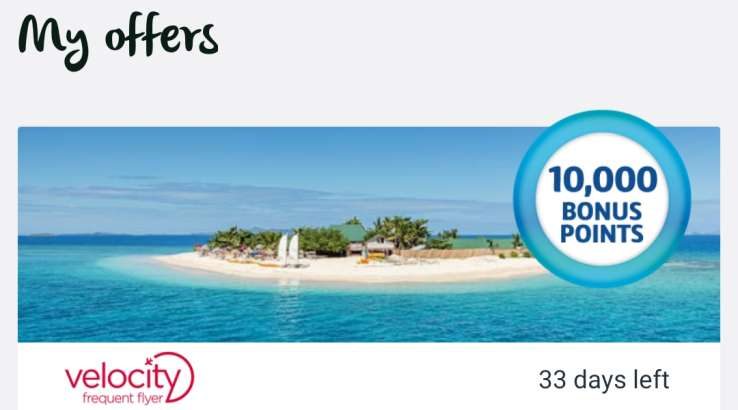 That's a lot of points, but it's not a strategy I'll be using.

When I logged into my flybuys app last week to check my total, I noticed a new promotion running with longtime flybuys partner Velocity, Virgin Australia's loyalty scheme.

"Become a points milioooooonaire," it proclaimed. (Yes, it really did add five extra Os but manage to forget the second L.) "You could win one million Velocity points with flybuys and Velocity."

As with any points competition, the devil is in the detail. In this case, there's one very specific scenario where it might be worth entering, but otherwise I'm not convinced it's a great idea.

Here's the deal. For each batch of 2,000 flybuys points which you convert into Velocity Points between now and 13 October 2019, you'll receive an entry in a prize draw. If you haven't previously linked your Velocity account and do so before that date, you'll also receive an extra entry.

After the closing date, a winner will then be randomly drawn, and receive 1 million Velocity Points. 100 runners up will score 10,000 flybuys points. Notice the main prize is actual Velocity Points, while the runners-up get flybuys, which are worth somewhat less once you use them for flights.

Now don't get me wrong. I'm a firm believer in converting flybuys points into Velocity Points. You can get far more value from them that way (at least twice as much, as long as you use your points for flights).

But here's the rub: by converting your points now, you'll pass up the opportunity to score bonus points. There's usually a promotion at least twice each year where you get extra Velocity points when you transfer into flybuys.

The last few times this has happened, the bonus has been 15%. That means instead of getting 870 Velocity Points for each 2,000 flybuys points, you get 1,000 Velocity Points.

I'd much rather know I was going to get an extra 15% than gamble on just possibly winning a much larger pool. Remember, Velocity has 9.1 million members, while flybuys has 8.3 million. Even if just 10% of eligible members have a crack once each, your odds of winning are very low indeed.

The one exception? If you haven't already linked Velocity and flybuys, then now is a good time to do so and get a bonus competition entry as well. It's a wise idea anyway, and you won't be giving up any points to do so.

One final note: this promotion is currently visible in the flybuys app, but not (it would seem) on the flybuys site. So if you do fall into the "I might as well link" category, do that through the app.