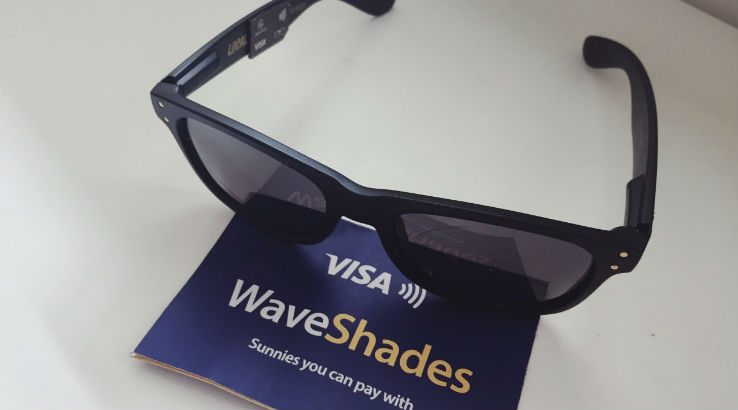 I tried Visa's WaveShades at Laneway Festival and still don't trust myself to carry cash on a pair of sunnies.

Last week, we reported the Australian startup Inamo had plans to trial its new Visa WaveShades at the St Jerome Laneway Festival this past weekend. One of the latest advances in wearable tap and go payment technology, the WaveShades are equipped with an NFC chip and can be loaded with funds to be used for contactless payments wherever Visa is accepted.

Offering Wayfarer-style WaveShades with reflective or black lenses (I went for the classic black, naturally), the NFC-enabled chip was placed discretely on the inside of the right arm of the sunglasses. They were loaded with $50 credit and could be used anywhere Visa was accepted. So, while some food and drink vendors enforced the medieval practice of cash only, most food stalls, market and merch tents and, most importantly, bars accepted cards for contactless payments and, thus, my WaveShades.

Despite the looks of confusion and awe on the people’s faces when I tapped the glasses on the contactless reader, I had little to no trouble using my WaveShades throughout the day. Plus, as it was scorching hot summer's day in Sydney, the glasses were almost permanently glued to my face and were easier to grab than my wallet when going from stall to stall. While the prepaid prototype pair only accepted a credit of $50 (which doesn't go far with festival prices), taking WaveShades to an event or for a day shopping could also come in handy if you're determined to stick to a budget.

However, one downside of the Visa WaveShades is that I had to tap twice for the transaction to work each time I used them. While the transaction would only go through once and it’s a glitch I’ve experienced with my payWave-enabled debit card many times, it was not the most convenient setback to endure when there was a queue of impatient festival punters lining up behind me. 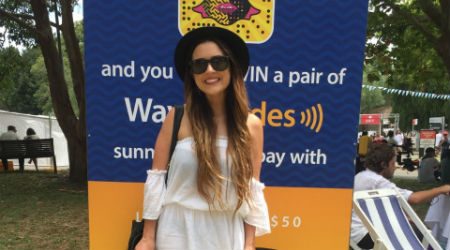 Another obvious potential downside of the WaveShades it the likelihood of losing them. “Those are the most dangerous things I have ever seen,” said one stall owner upon seeing me pay with the WaveShades. He went on to explain he’s worked at festivals for many years and has probably lost more than 50 pairs along the way.

If you are worried about losing your WaveShades, you would be pleased to know that Inamo has a few security measures in place. The first was a very trendy sunglasses strap that you could attach to the glasses to ensure they stay around your neck throughout the day. While some people might mistake your sunglasses strap as an ironic fashion statement, I can’t see too many festivalgoers jumping on that security alternative. Or at least I wasn’t willing to.

Otherwise, if you lost your WaveShades, you could log in to your online accounts (the details for which I received via email when you registered my WaveShades) and block your account and order a new pair of sunglasses. Just like if you were to order a replacement prepaid card, any remaining funds on the account will be available to use with the new sunglasses.

Overall, the WaveShades are an easy-to-use contactless payment alternative if you want to leave your wallet at home. However, I have to agree with that one festival worker in that I’ve lost too many sunglasses at festivals (and elsewhere) in my life to trust myself with a pair that is carrying my cash.

With the possibility of WaveShades in the works, the promise of Mastercard’s Selfie Pay to hit Australia in 2017 and Australia’s current position as the global leaders of contactless payments, we predict that the ways we can tap and go will only continue to evolve and become even more outlandish.