Coronavirus: Is it time to get out of the stock market? - finder.com.au

Coronavirus: Is it time to get out of the stock market? 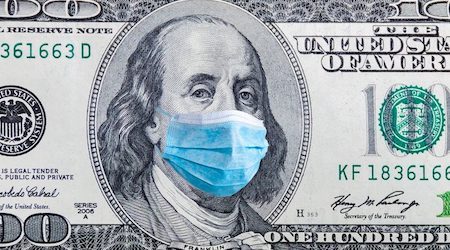 With pandemic fears smashing global share markets, should we consider selling? Here's what the experts say.

It was with some surprise that I received a call from my grandmother last week asking whether she needed to be worried about the coronavirus.

Not because she was fearful of catching it, but because she has much of her life savings invested in the stock market.

As a retiree, her concerns aren't unwarranted. Many Australians rely on – or hope to rely on – the stock market to carry them through retirement. Many more have unknowingly invested in stocks through their superannuation, and will also be impacted.

Also read: Australian stocks to watch during the coronavirus scare

With pandemic fears finally hitting global markets last week, the benchmark S&P/ASX200 index recorded its second-worst week in history, falling almost 10%, and second only to a 15.7% drop during 2008.

If you're an investor of Australian stocks, that's a big chunk of wealth gone in a short frame of time.

But how concerned should we really be? And is it time to get out of the stock market, or is it all a lot of noise? To get a better view of the big picture, I spoke to three market analysts: AMP's chief economist Shane Oliver, Burman Invest's chief investment officer Julia Lee and CMC Markets' chief market strategist Michael McCarthy.

What should we do?

It's also important to remember the ASX only just broke new record highs in January, following what was an exceptionally good year for the stock market.

But now is probably a good time to run over your investment plan, according to CMC Market's Michael McCarthy.

“In most cases, investors should be reviewing closely and working out what a 10% drop or a 20% drop would mean to their holdings - McCarthy.

“Somebody who’s got a 20-year horizon should be sitting pretty and hoping to ride this out. Whereas somebody who’s taking a more active approach might start weeding their portfolio,” McCarthy told Finder.

AMP's Shane Oliver agrees that in most cases, it's better to ride out the volatility rather than try to time the market.

"A lot of people get tempted to sell, then suddenly the markets find a bottom. Before you know it, they're back above the levels where a lot of people sold," Oliver told Finder.

Unless investors are prepared to analyse the market very closely using technical analysis on a daily basis, his advice is to stay put.

How long before a rebound?

Traders make a living out of trying to predict when share prices will start to move up again so that they avoid buying before a price fall or selling before a rise. But it's no easy feat.

During a stock market crash, Burman Invest's Julia Lee says there can be a case for selling early to avoid further losses, but you need to be quick.

The longer you wait, the closer you get to reaching a buying opportunity when the market bottoms.

With central banks including the Reserve Bank of Australia (RBA) now indicating further interest rate cuts, we can expect a market rebound. But how long that lasts will come down to how quickly the virus continues to spread globally, according to McCarthy.

"Bond and gold markets are telling us that this is a real concern," - McCarthy.

Australian and US 10-year bonds yields are sitting at all-time lows while the gold price has reached a 7-year high. The numbers show recession fears are pushing investors to "safe-haven" assets instead of stocks.

"If we continue to get reports of the virus showing up in significant ways in a lot of countries, we could be looking at a very significant correction in equity markets," says McCarthy. "It could be an ongoing adjustment."

Is this another GFC?

With global interest rates sitting at record lows and trade already under strain, the risk of a recession is now a reality, according to Lee.

"Declining economic output now looks likely, which means there is a high probability of recession," - Lee

"What is a health crisis and supply shock can quickly turn into weak demand, putting pressure on economies and growth," Lee told Finder.

The good news is that few analysts believe it will be as bad as the GFC, where stock markets took seven years to recover.

"With the GFC, we were worried that the financial system was going to blow up," says Lee.

"This time manufacturing should normalise more quickly than during the GFC as it’s driven by health of the population. Hopefully, rates of infection get lower as the weather warms up in the Northern Hemisphere around the end of March/April."

Unfortunately, the far-reaching impact has probably not yet been felt, according to Oliver.

With large parts of China shut down for more than 4 weeks and counting, Oliver estimates a 30% decline in China's economic activity.

"It's something like an 18% reduction in their GDP. Which is a mind-boggling decline in their economy," says Oliver.

What should retirees do?

Retirees are especially vulnerable to stock market volatility because they have less time to ride out the downturns.

As a general rule of thumb, Oliver says it's a good idea to keep at least one to two years of spending in a bank account, while the rest can stay in the stock market.

"The problem with self-funded retirees is when the market goes down, if they've got to draw on [shares], they don't then benefit from the market's recovery. They've locked in a loss of capital," says Oliver.

"It always makes sense to have some money in a bank account to fund a year or two of spending, so that if the market does fall, they can draw on that money. At the same time, when the market recovers they won't have run down their share exposure and can therefore participate in any recovery."

Many Australians rely on share dividends for income in their retirement years. If the stock market drops for a number of years, they can still benefit from dividends paid by companies held in their portfolios without ever having to sell them.

"If you've got all your money in the share market, then that's a bit risky," advises Oliver. "But if it's a portion and you're getting good dividend income and you believe the companies will still provide, then you're probably okay."

This information should not be interpreted as an endorsement of futures, stocks, ETFs, options or any specific provider, service or offering. It should not be relied upon as advice or construed as providing recommendations of any kind. Futures, stocks, ETFs and options trading involve substantial risk of loss and therefore are not appropriate for all investors. Past performance is not an indication of future results. Consider your own circumstances, and obtain your own advice, before making any trades.