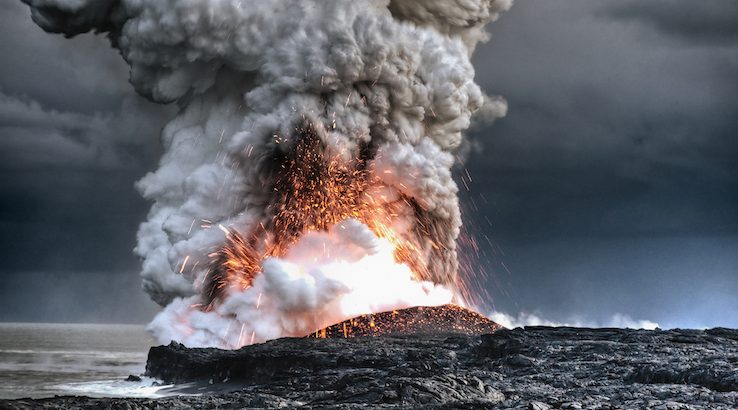 Recession fears are sweeping global markets after key data from the US signalled we could all be heading for a slowdown.

The ASX200 index – Australia's biggest 200 listed companies – suffered its worst day in 18 months on Thursday after economic data from the US signalled a recession may well be on the horizon.

It follows what was a horror session on Wall Street overnight, with stock markets across Asia and Europe faring little better.

Wall Street's main indices – the Dow Jones, S&P500 and NASDAQ – all fell by around 3% Wednesday after it was revealed that the US Treasury yield curve for 2- and 10-year bonds had inverted for the first time since 2007.

Why is this event causing so much commotion? Because the inverted yield curve is considered to be one of the main forecasters of a recession. Since the 1950s, every recession (of which there have been nine) has been foretold by an inverted yield curve, according to data from the Federal Reserve.

The graph below shows the yield spread between the 10- and 2-year US treasury bonds. When the line dips below horizontal axis it mean the yields have inverted, while the shaded parts indicate a recession.

Spread between 10-year and 2-year US Treasury bonds

Because the United States claims more than half of the value of shares globally, US bond yields are closely watched by analysts the world over. Basically, if the US falls into recession, the world is almost certain to follow.

It's not the first time this year a yield curve has inverted. In March, the 3-month to 10-year US Treasury yield curve also inverted for the first time in over a decade, sending alarm bells around the globe. Now the same has occurred with the 2-to-10-year yield curve.

What is an inverted bond yield curve?

When you invest in the bond market, you're essentially loaning money to the government or a company for a set period of time – it could be several months or many years. In return, you receive interest payments and the principal paid back at the end of the bond's term.

But when the yield curve inverts, the opposite is true. Short-term bonds, such as 3-month or 2-year bonds have higher yields than long-term 10-year bonds.

When the return on investment for short-term bonds become higher than long-term bonds, it means investors and bond issuers foresee the immediate future as a bigger risk, indicating the market is expecting a major slow down to occur in the next few months or years.

Movements in the bond market are considered good indicators of the strength or weakness of an economy. This is because the bond market does better when the share markets become more volatile and interest rates fall. Although you can’t usually expect the same high returns by investing in bonds as you get from shares, you can expect a lot more security.

As the US-China trade war continues to create trade and share market volatility around the globe, investors have responded by moving funds out of shares and into bonds.

In the last year, Australian bond prices have rocketed, sending yields to new record lows. This is partly because the RBA has indicated the cash rate is likely to stay low for some time.

As more money heads into the bond market and prices rise, yields drop – meaning investors prefer the safety of bonds even as their return on investment falls.

So, can I invest in bonds?

Yes, you can. But direct investment in the bond market can be pricey, with minimum investments upwards of $250,000.

You can invest in bonds either over the counter (OTC) or via the Australian Securities Exchange (ASX). You need a broker for either scenario, but investing via the ASX means you can invest small amounts of money and have the option of using an online trade platform. You can read more about bond market investing in our comprehensive guide.