Ask Finder: Should I spend my Velocity Points on Tigerair flights? 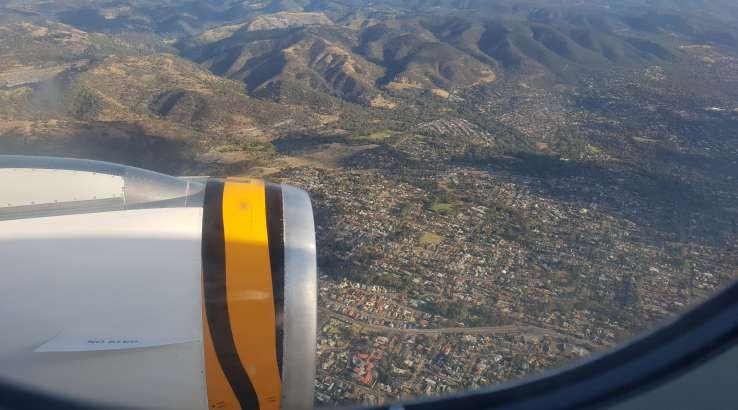 How do Tigerair redemptions compare to Virgin's own offerings?

Hey Finder, I was checking out some Tigerair Australia flights the other day and noticed that you can pay for the seats with Velocity Points from Virgin Australia. Is that a good way to use my points?
Thanks, Tiger Tempted

Tigerair Australia introduced the option to pay for flights with Velocity points in April 2016. It wasn't a surprising development, given that Virgin had taken majority ownership of Tigerair in 2014.

But is it worth spending your Velocity points on a budget Tigerair flight? Points Finder analysis suggests that in most cases, you'll get better value by trying to use your Velocity Points on Virgin Australia flights instead.

The main reason for that is that on Tigerair, the number of points you need for a ticket is entirely dependent on the price of that ticket. If the flight is more expensive, you'll need more points. In theory that means any seat is available, but it also means that you'll potentially spend a lot more points just to score a basic seat. You'll also have to spend even more points to add checked luggage, seat selection or any other extras.

On Virgin, the number of points you need to redeem a specific flight is fixed. For instance, a one-way flight from Sydney to Melbourne requires 7,800 Velocity Points plus carrier charges (around $28), or 12,400 Velocity Points if you don't want to pay anything extra. Not every single seat will be available, but if you're organised you can score a reward flight during a busy/expensive period (such as on Friday afternoons, when flight costs are generally higher). You'll also have checked baggage and basic seat selection included as standard.

A specific example makes the difference clearer. For a Sydney to Melbourne Tigerair flight priced at $68.95 (which is a good sale price), you'll need 10,608 Velocity Points. That only covers the ticket itself. Add 20kg of checked luggage and a basic seat selection and you'll have to cough up 13,685 points.

On the same route for the same date, a flight on Virgin requires 12,400 Velocity Points. In other words, you'll spend fewer points with Virgin to get the same service, and that's in a scenario where the Tigerair seat is cheap. As the price of the Tigerair ticket goes up, the points value needed does too.

That means in most scenarios, we wouldn't recommend spending Velocity Points on Tigerair flight redemptions. You'll get more value from your points spending with Virgin itself. There are a couple of potential exceptions:

You have to spend at least 3,100 Velocity Points on Tigerair, and you can pay any difference in cash if you don't have enough points. If you had (say) 4,000 Velocity Points sitting around and didn't anticipate topping up your total, Tigerair is one potential way to spend them. But you'd get more value by topping up that total (flybuys is one easy way to do that, as explained here) and waiting until you had enough points for a Virgin flight.

Bottom line? Keep your points, and save your Tigerair travel for when there's a sale on.