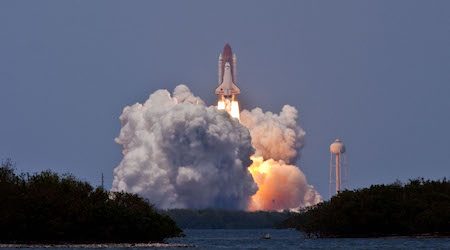 The Australian fintech listed on the ASX on Friday in the biggest IPO of the year.

Australian financial technology company Tyro Payments (TYR) has seen its share price jump 29% above its IPO price on the first day of its listing on the Australian Securities Exchange (ASX).

After a series of failed IPOs on the ASX in 2019, Tyro's IPO can only be hailed a success. Earlier this week, its IPO raised approximately $287.1 million from investors in the lead up to its listing.

Also read: What is an initial public offering (IPO)?

Adding to the fanfare, Atlassian co-founder Mike Cannon-Brookes is reported to be sitting on around 13% of the company through his private investment firm Grokco. Whether accurate or not, the tech founder spent the day drumming up support for the company – of which he is a director – over social media.

Public listings in Australia have seen mixed results in the last couple of years.

Since October, Latitude Financial, Property Guru and Retail Zoo have all failed to successfully lock in their own IPOs.

"In my view, it's a standout fintech that will offer many years of growth organically, without us even making aggressive assumptions," Liu told Finder.

After fintech Latitude Financial failed to list for a second time in October this year, extra scrutiny fell on Tyro in the lead up to its own IPO.

But Liu believes Latitude's recent change in CEO and the high price was to blame for investors bowing out, rather than the sector itself.

"Tyro has been growing organically for many years and proven its ability to take share from the large banks and offering services that is specially tailored to its merchants," she said.

She added that Tyro also holds a 2.4% market share in the addressable card payment market, which is expected to rise to 5% in the next five years.

"Investors are adding in a buffer given some of the large scale losses globally in IPO’s this year, together with it being the late part of a bull investment cycle. Add in the profit warning from new ASX entrant Prospa and investors are understandably wary," said Lee.

"Tyro shows that if you're willing to meet the market in terms of valuations, it’s still possible to get away with a successful IPO in the fintech space."

Listed payment companies too have had mixed outcomes over the last 12 months. While buy now pay later (BNPL) leaders Afterpay and Zip Co have seen their share prices rise by 130% and 243% in the past 12 months, other payment firms such Prospa have seen less positive outcomes.

Financial technology companies are clearly having a moment. But their share price growth appears to ride partly on whether they sit more in the tech or financials space.

Latitude was slammed by investors during its IPO for pricing itself as a tech company, where many see it as a financials company – which is likely to see slower growth as interest rates stay low.

As to whether other fintech IPOs will follow the lead of Tyro or Latitude in the next 12 months, depends on how they play it, according to Lee.

She outlined some of the requirements for a successful IPO at the moment: