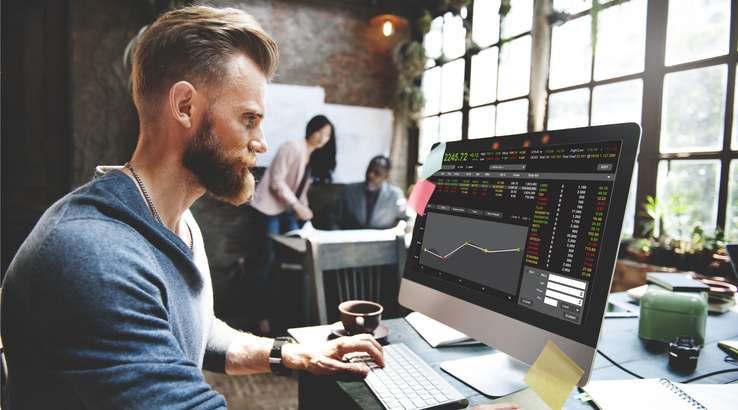 Exchange traded bonds are a low-risk, fixed-interest investment you likely haven’t considered yet.

In times of market volatility like what we’ve seen over the past month, many retail investors will be reassessing their investment portfolios and considering adding more defensive assets. You might look to term deposits for a low-risk investment option. However, in this low-rate environment, a standard term deposit won’t yield any more than 2-3% p.a.

Yet despite term deposits and savings accounts offering such poor interest rates, the demand for these products is high. Monthly Banking Statistics data released by APRA in December 2017 revealed household bank held deposits have exceeded $880 billion – an increase of nearly $40 billion over just six months.

What are corporate bonds?

Corporate bonds are considered one step up from basic term deposits in terms of risk, but also in terms of reward. However, retail investors looking for low-risk investments typically haven’t been able to access corporate bonds, so many go straight to equities which are high-risk.

I recently spoke with Richard Murphy co-founder and CEO of XTB, an Australian provider of ASX-traded corporate bond investments, about the need for low-risk investment options and how bonds could be the solution.

“XTBs (exchange traded bonds) allow investors to gain exposure to individual Australian corporate bonds issued by leading corporates on the ASX, just like buying shares in the same companies. Each XTB delivers the price stability and income from a specific underlying corporate bond with no minimum investment.”

How do bonds compare to other assets, like shares?

Murphy explained that corporate bonds are considered low-risk investments because they’re high up in the corporate structure. This means, in the event the company went under, term deposit holders would be the first to be paid back, followed by corporate bond holders. In comparison, shareholders are the last to be paid back, if they get their money back at all. This is one reason why equities are considered high-risk, but potentially high-reward.

“Everyone can access a term deposit. The big leap in risk levels between term deposits and shares is there because retail investors haven’t been able to access bonds. So people jump from cash to equities, and take on that higher level of risk,” he said.

“Corporate bonds are the missing link on the ASX, providing investors with up to 40% greater returns than term deposits, with the added convenience of daily liquidity through ASX trading.”

Plus, with corporate bonds, an investor’s initial capital is returned, along with interest. Like a term deposit, you can accurately predict down to the dollar your overall return on investment when the bond matures.

“You’re really just lending your money, and they (the company who issued the bond) pays you back your capital plus interest along the way. It really is predictable,” said Murphy.

Due to their low-risk, predictable nature XTBs generated a lot of interest through 2017, with funds under management over $265 million up 117% from the year prior. XTB says the best-performing XTB portfolio delivered a one-year return of 7.5%.

There are now more than 50 XTBs available on the ASX giving retail investors direct access to corporate bonds issued by some of the biggest household names including Telstra, Qantas and BHP.

When I asked Murphy what affect the volatility seen in recent weeks might have had on retail investors, his answer was simple. “People might be thinking ‘well how did XTBs go in the last two weeks’. And the answer? Nothing, they were stable. Now people will be thinking ‘I should have invested in bonds’.”