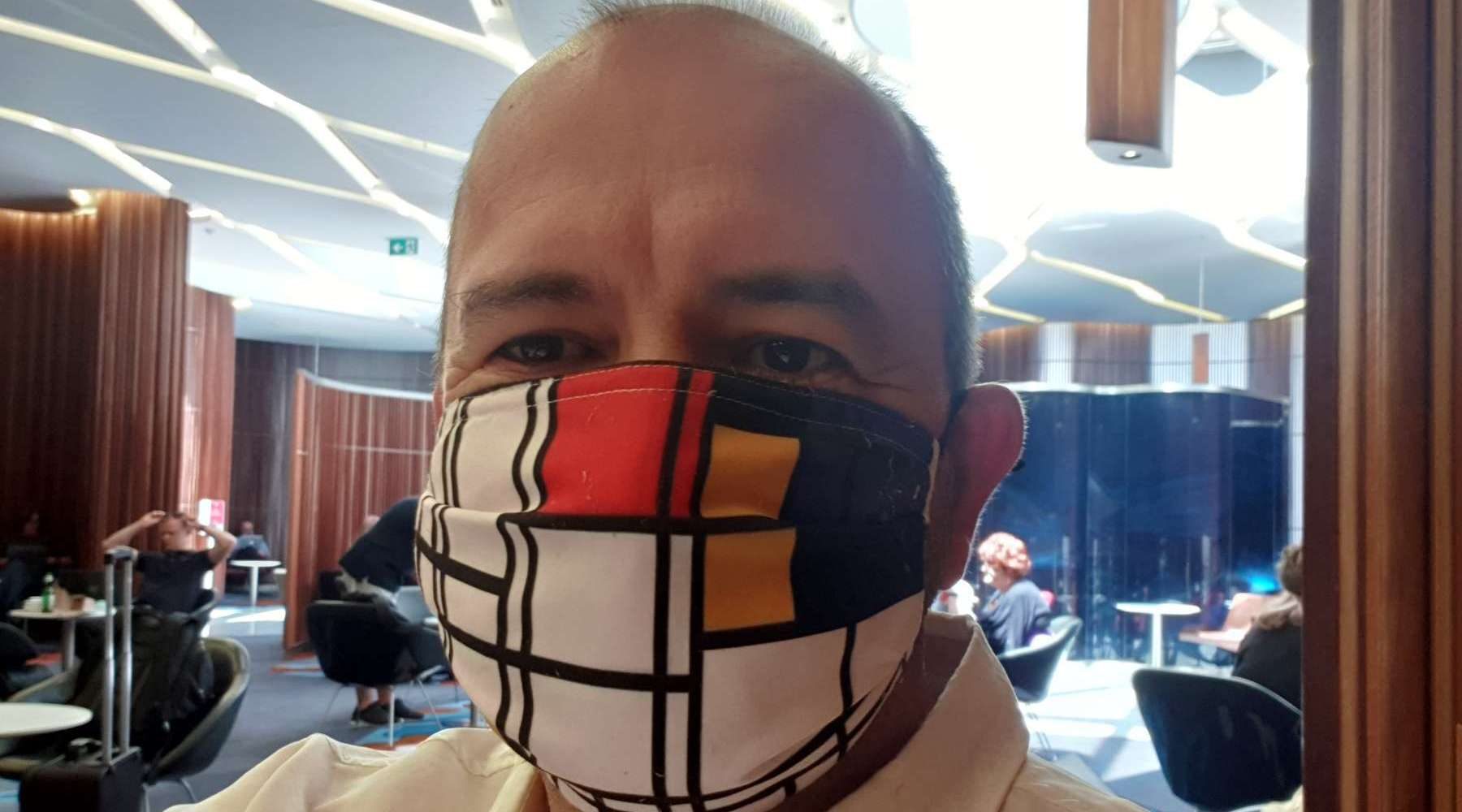 I visited all three new Virgin Australia lounges in a single day, because I can.

Virgin Australia reopened its Sydney and Melbourne lounges today. Inevitably, I was there to see what a post-COVID and post-buyout lounge experience is like.

All of Virgin's Australian lounges were shuttered when the COVID-19 pandemic began, but as state borders open up and flight volumes increase, they're slowly returning. Right now, Virgin is operating three lounges: Brisbane (which reopened last month), Sydney and Melbourne. It also plans to reopen its Gold Coast, Perth and Adelaide lounges "soon", and Adelaide will see a new lounge design launched in early 2021.

The rest of the lounge network has been permanently closed as a cost-cutting measure, although Canberra is still said to be under review. If Virgin doesn't run a lounge in Canberra, it's effectively conceding the government market to Qantas. Bureaucrats want baristas. 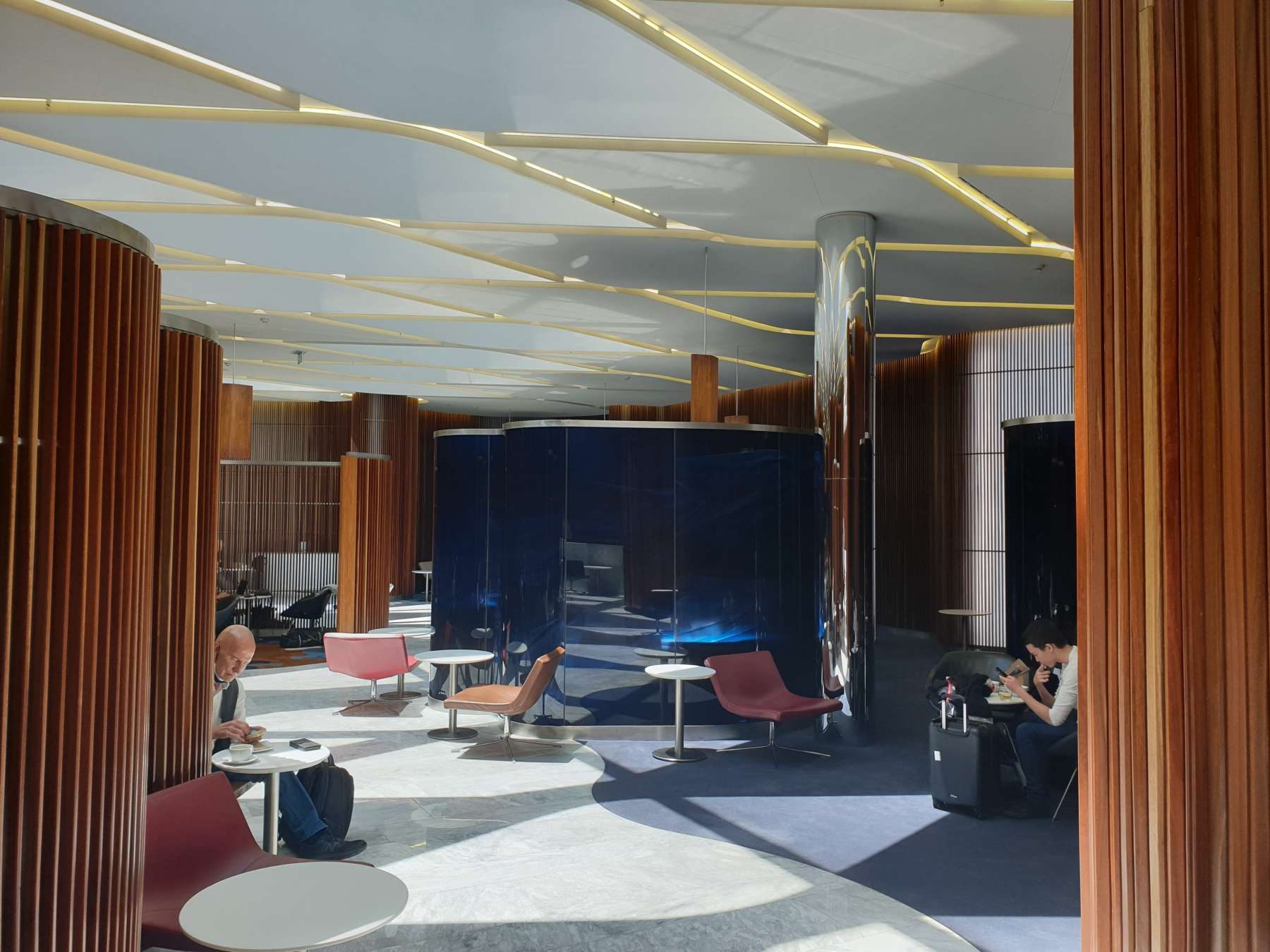 I'm taking advantage of Virgin's current offer to provide a 3-month status match to Qantas Gold, Platinum or Platinum One members. That deal has also been extended to gold members of other popular global airlines.

My plebian Red status has been temporarily boosted to Virgin Gold, which opens up free lounge access when I'm flying. So I decided to take a quick trip from Sydney to Melbourne, then Melbourne to Brisbane, then Brisbane to Sydney, and see how the new experiences stack up. Here's what happened. New locations for each lounge

No matter which airline you choose, lounge access isn't the same while coronavirus restrictions apply. But judging by the crowds at the reopened lounges, passengers are keen to get even a partial version of the experience.

First up: both the newly-opened lounges have changed significantly. In Sydney, the entry area is the same, but only the upstairs area (referred to as Level 4) is available. The downstairs section is closed off for now.

When I arrived just after 8am on Day 1, the lounge was full. Indeed, I claimed the last seat. Fortunately, it was next to a power outlet (always my top requirement in a lounge). 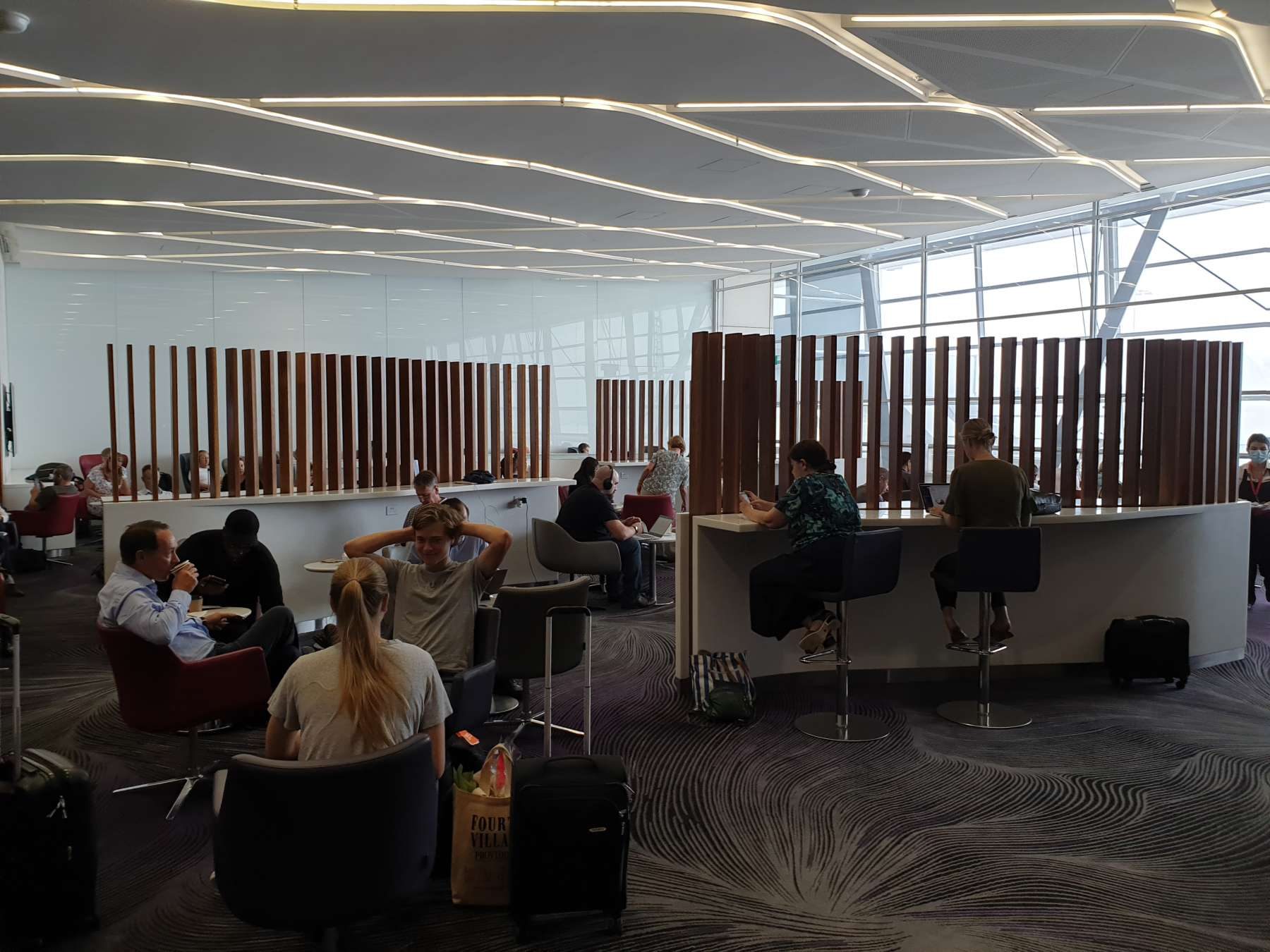 The Sydney lounge has always suffered from crowding during busy travel periods. I imagine this might actually be less of an overall issue now, as if there are too many people, you simply won't get in. And after several pre-9am flights boarded, it was far quieter. 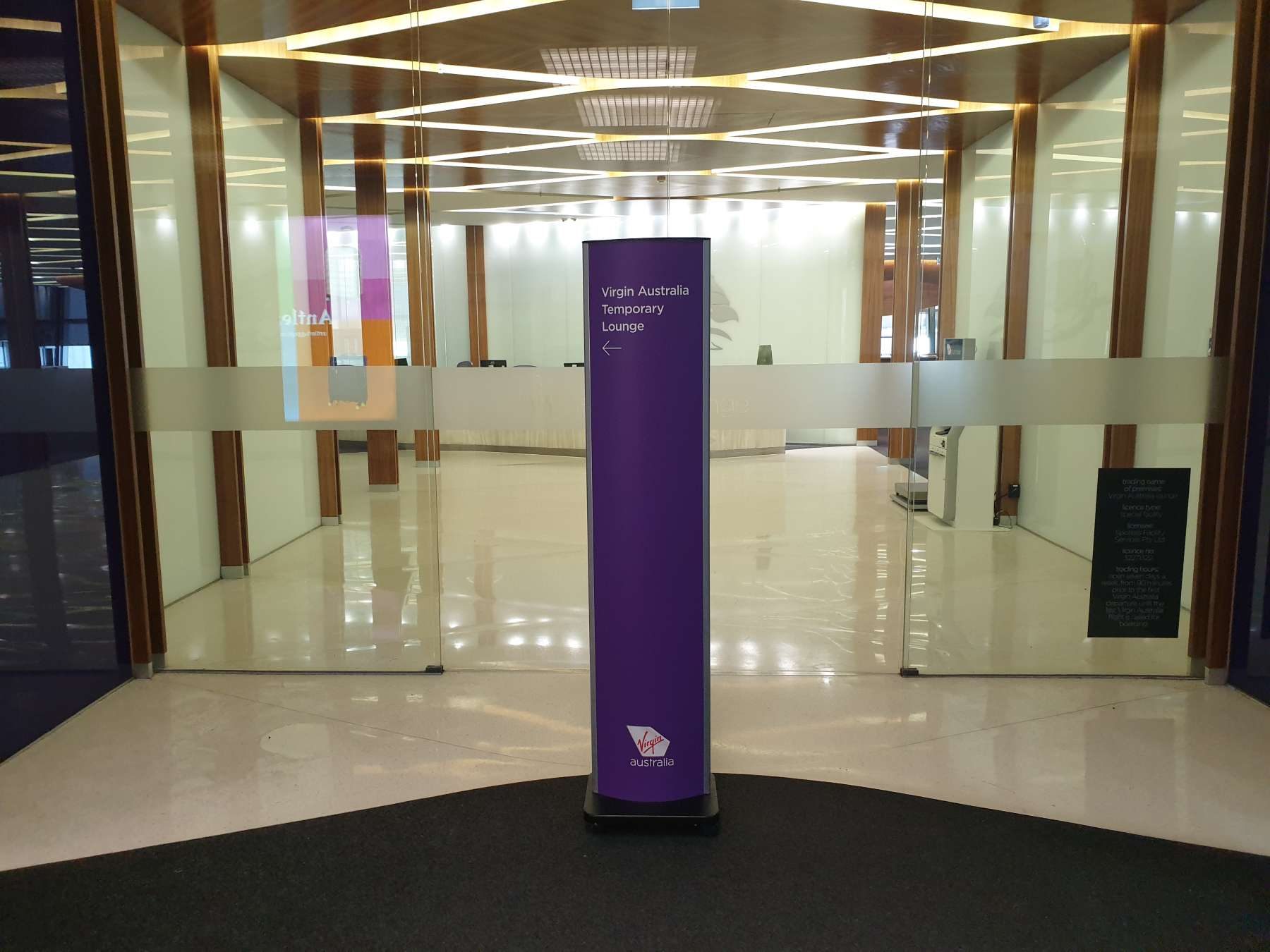 In Melbourne, the new temporary facility is located at the far end of the corridor which used to connect Terminal 3 and Terminal 4. That means it's airside, not landside, and with no dedicated security gate in the lounge itself. (There is a premium queue at security for eligible passengers.)

The Melbourne area is more spacious than Sydney, but there's one massive downside. Only a couple of the available seats and tables have power outlets. If you need to charge your devices, you're likely to be out of luck. 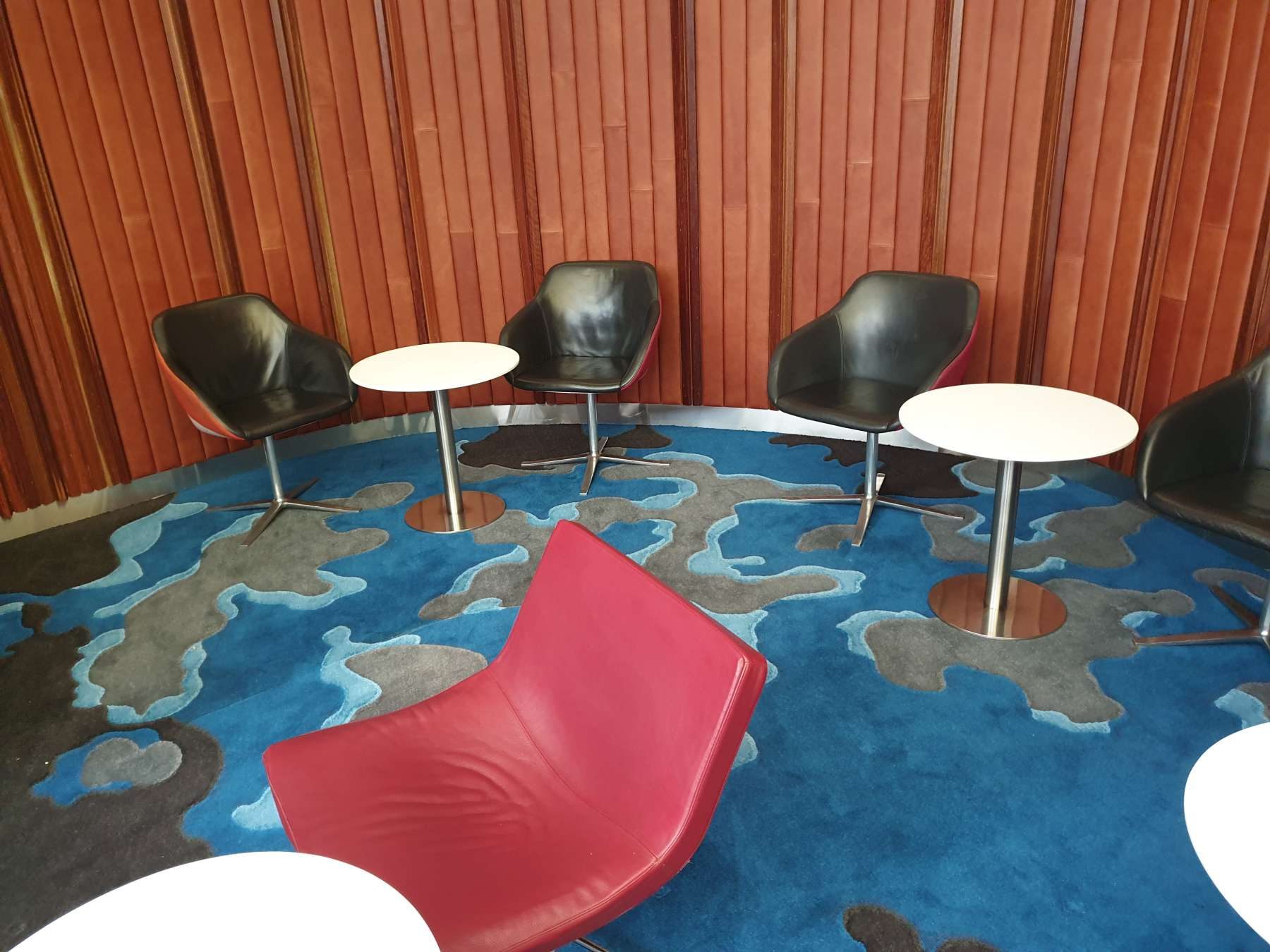 So only Brisbane is actually using the lounge in a form previous visitors will recognise. That means Brisbane has the best range of desks, plenty of power outlets, and lots of space. (Premium entry still hasn't reopened in Brisbane or Sydney, though.) As you'd expect, there are automatic hand sanitiser stations scattered throughout in all three cities, and floor markings to encourage safe social distancing. As well as scanning your boarding pass on entry, you're asked to scan a QR code and register for contact tracing. 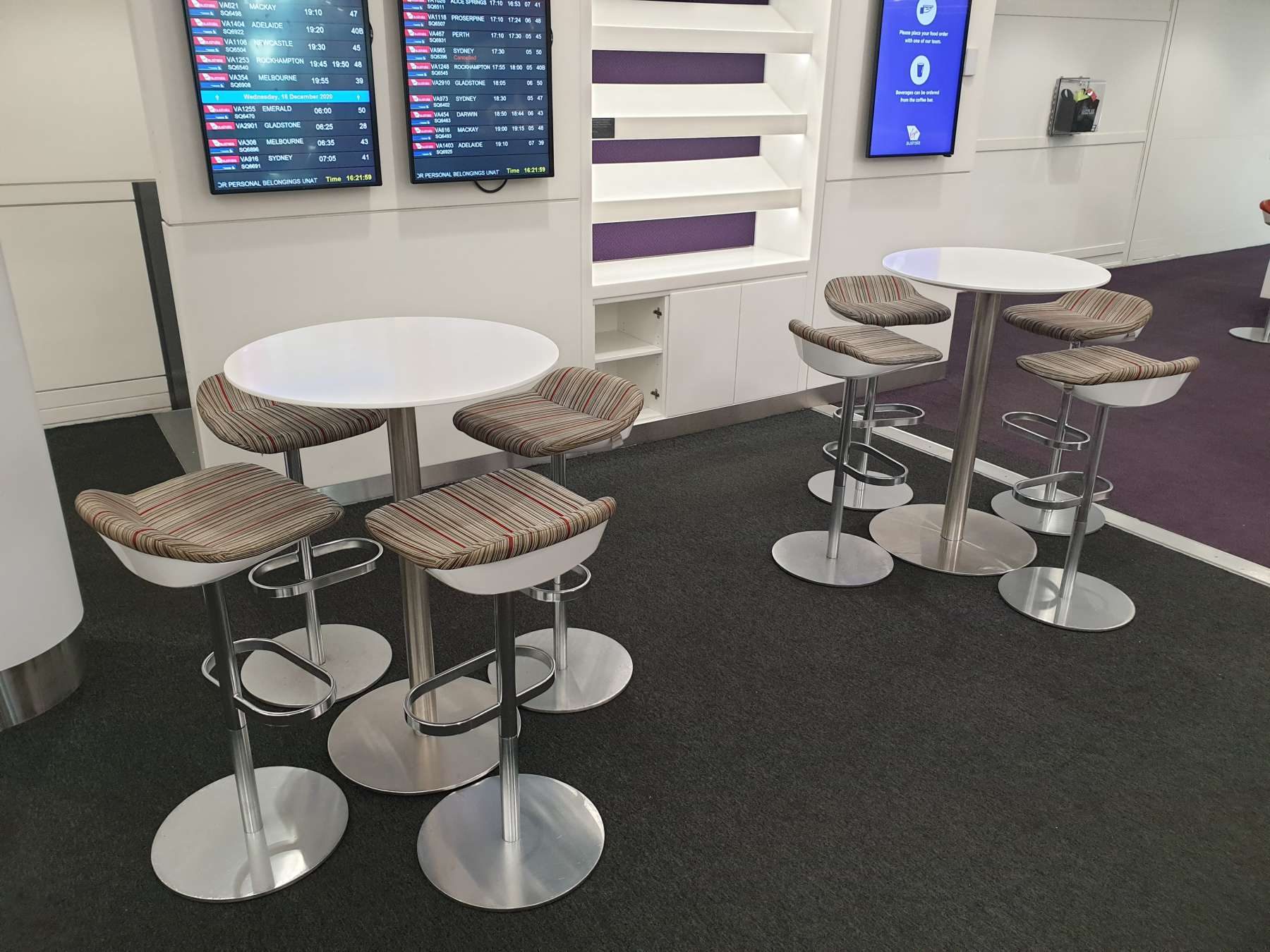 Showers aren't an option, but the bathrooms are open (in Melbourne, they're near the entrance). Flights are announced for boarding with plenty of time to spare.

What are the food and drink choices? The most obvious change? Self-service is a no-no. Anything you want to eat or drink has to be ordered from a staff member. They're all wearing masks, something that wasn't happening for most of the passengers. That was true even in Melbourne, where masks are still a requirement for indoor public areas. 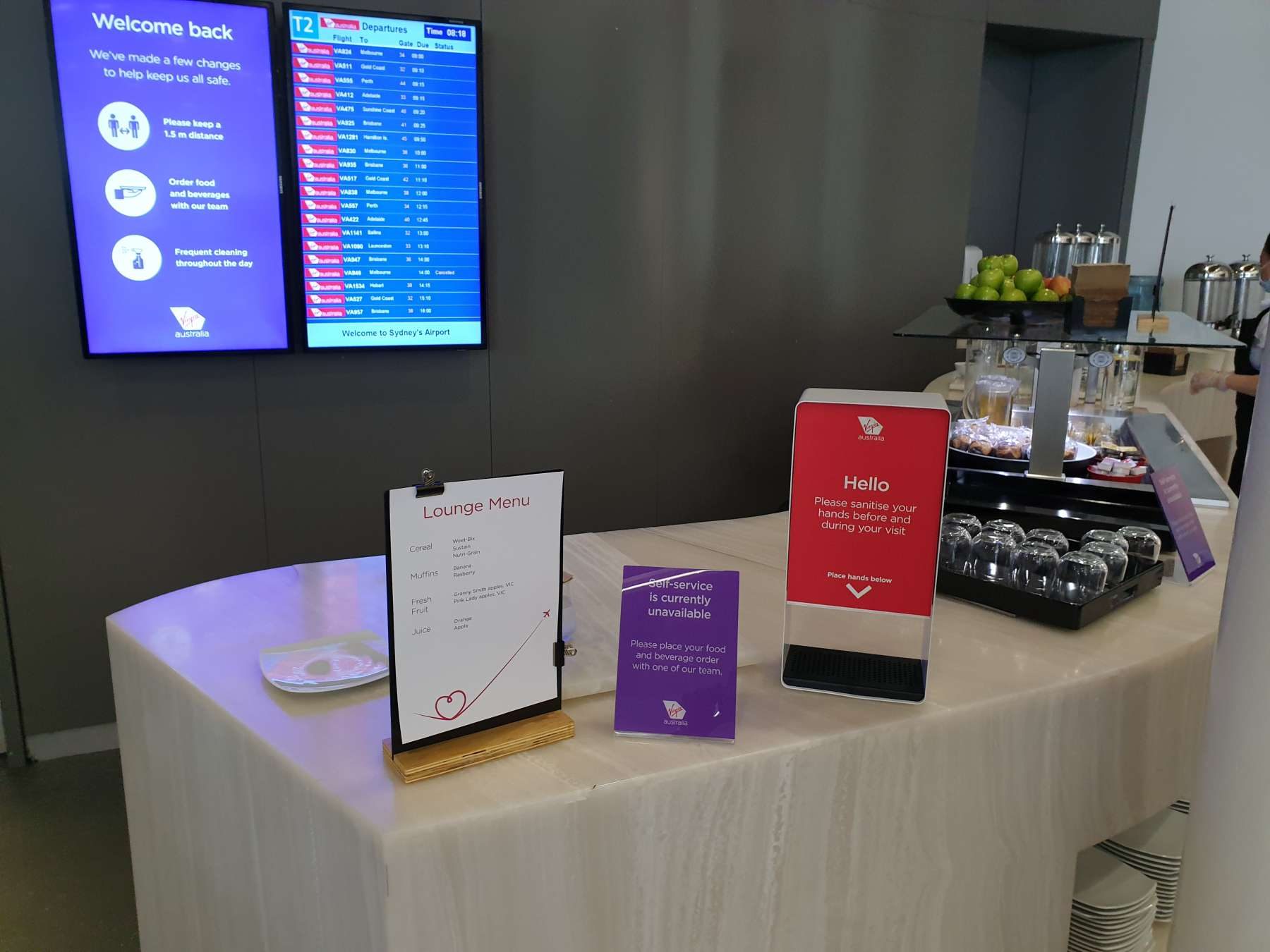 Unsurprisingly, first thing in Sydney there was a big queue for coffee, which wasn't immediately obvious as part of the line is hidden behind a lift well. If you wanted to eat breakfast, you could choose from a limited range of cereal and fruit. 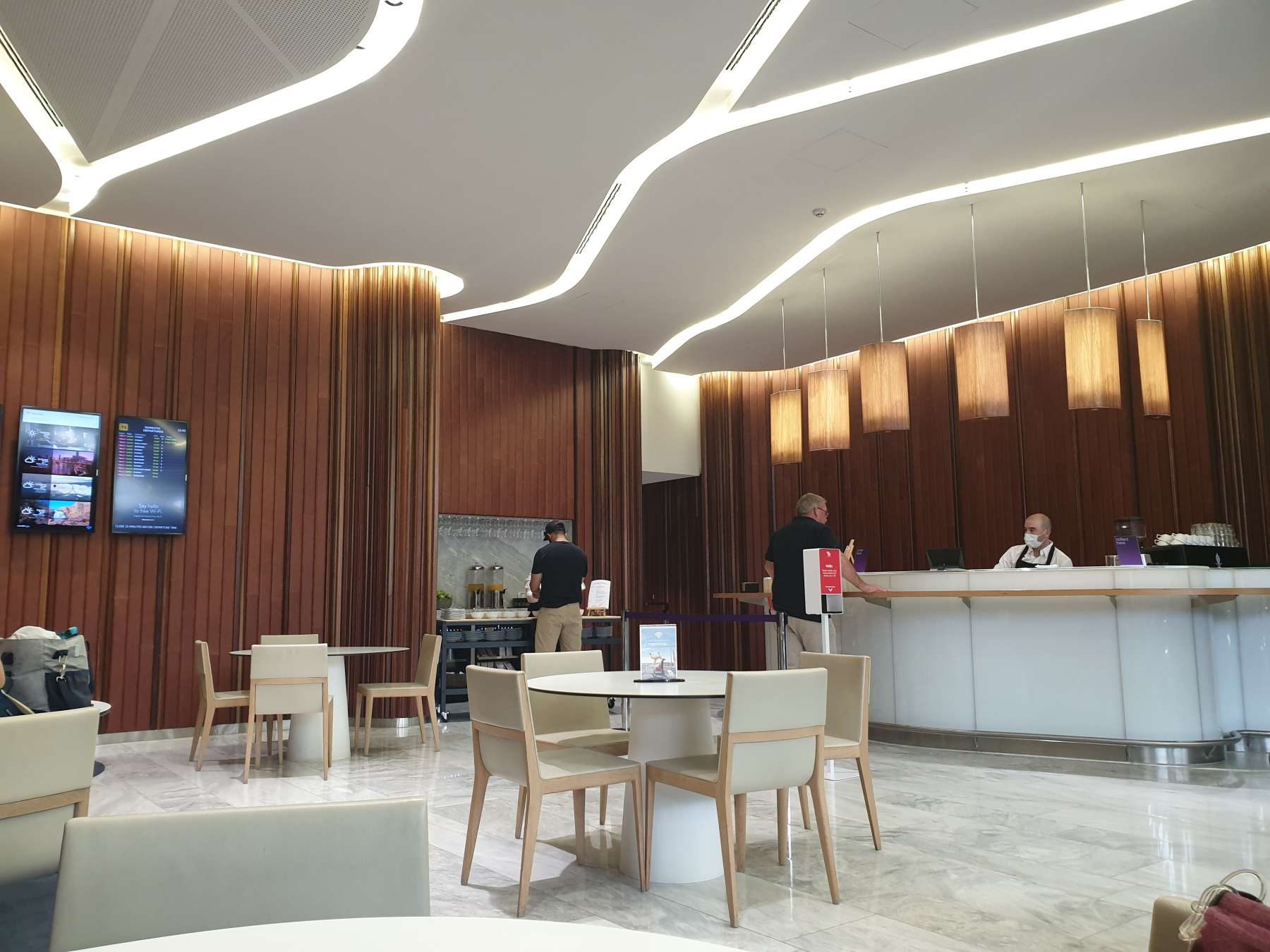 Come lunchtime, the Melbourne lounge had a small selection of sandwiches, a choice of wines and beer, as well as coffee and tea. With two reds and two whites, it's essentially no different to the previous lounge offering, save that you can't pour it yourself. Dinner in Brisbane has the same options. If you want a hot meal, you'll have to pay elsewhere.

Right now, Virgin isn't selling new lounge memberships. You'll get in if you're at the right status level, or if you're a previous paid lounge member and have had your access extended (Virgin added 12 months to existing memberships). 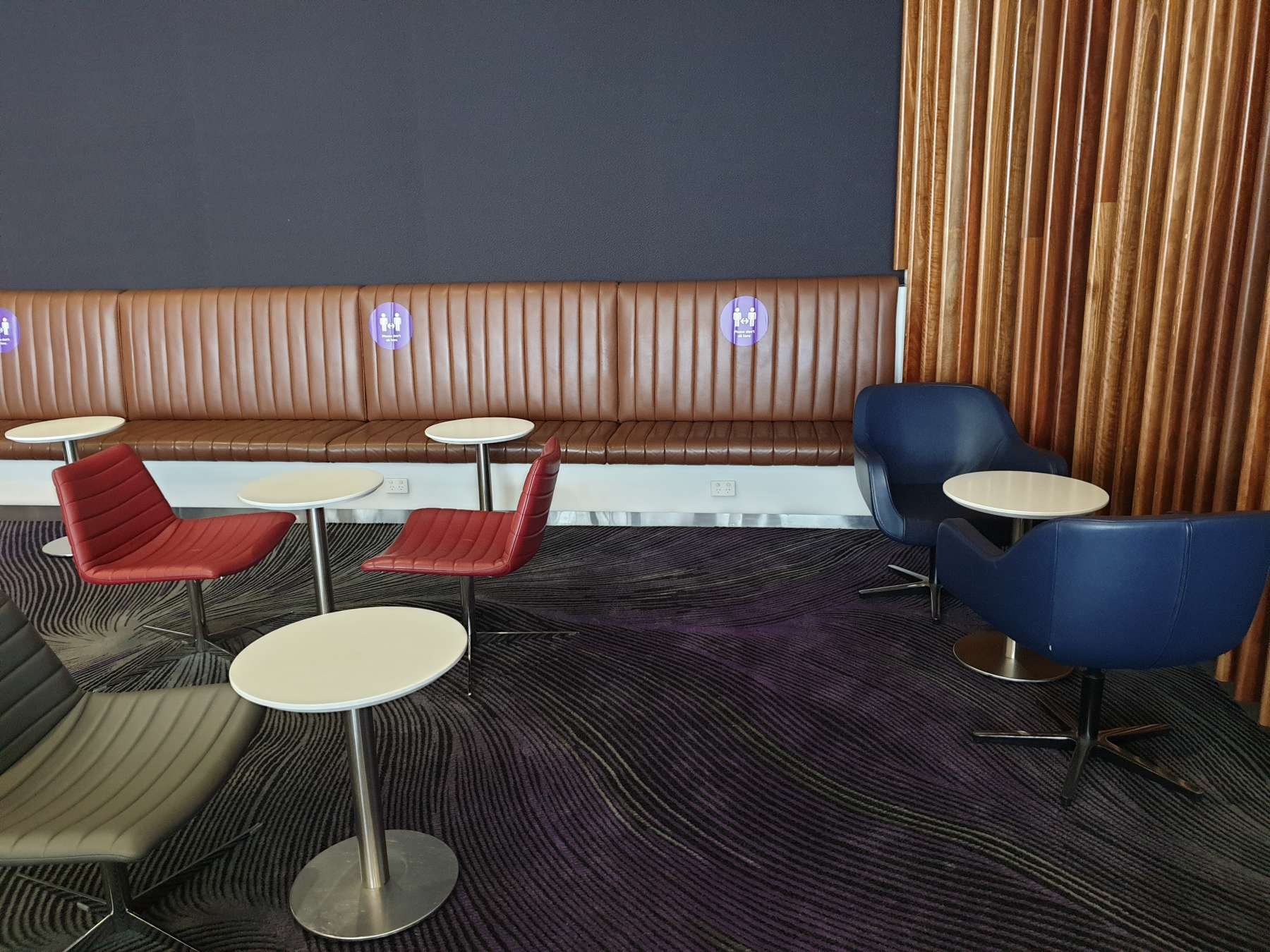 My verdict? If you qualify for free access, then it's definitely nicer than just hanging in the airport, and fairly similar to what Qantas is doing in its lounges, albeit with more basic food. Want to keep your frequent flyer points balance growing? Check out our guide to the latest bonus offers or credit card sign-up deals.