How to buy Alphabet (GOOGL) shares in Australia

Learn how to easily invest in Alphabet shares.

Alphabet (GOOGL) is an Internet and information business based in California. The company has two segments: Google and Other Bets. Google includes platforms such as Google Search, Gmail, Chrome, Android, Google Drive, YouTube and Google Maps. Other Bets is involved in selling Internet and TV services as well as licensing and research and development services.

How to buy shares in Alphabet

Use our graph to track the performance of GOOGL stocks over time.

Alphabet shares at a glance

Where to buy Alphabet stock

Is it a good time to buy Alphabet stock?

Before you consider Alphabet, you'll want to hear this.
Ticker Nerd uses advanced software to track hundreds of signals and data points to find stocks before they blow up. You can get the next two hot stocks they find sent to your inbox for free.

Historical closes compared with the last close of $2751.3301

Is Alphabet under- or over-valued?

Valuing Alphabet stock is incredibly difficult, and any metric has to be viewed as part of a bigger picture of Alphabet's overall performance. However, analysts commonly use some key metrics to help gauge the value of a stock.

Alphabet's current share price divided by its per-share earnings (EPS) over a 12-month period gives a "trailing price/earnings ratio" of roughly 30x. In other words, Alphabet shares trade at around 30x recent earnings.

That's relatively high compared to, say, the trailing 12-month P/E ratio for the NASDAQ 100 at the end of 2019 (27.29). The high P/E ratio could mean that investors are optimistic about the outlook for the shares or simply that they're over-valued.

The PEG ratio provides a broader view than just the P/E ratio, as it gives more insight into Alphabet's future profitability. By accounting for growth, it could also help you if you're comparing the share prices of multiple high-growth companies.

Alphabet's EBITDA (earnings before interest, taxes, depreciation and amortisation) is US$75.6 billion (£54.9 billion).

The EBITDA is a measure of a Alphabet's overall financial performance and is widely used to measure a its profitability.

There are currently 2.8 million Alphabet shares held short by investors – that's known as Alphabet's "short interest". This figure is 1.1% up from 2.7 million last month.

There are a few different ways that this level of interest in shorting Alphabet shares can be evaluated.

Such a low SIR usually points to an optimistic outlook for the share price, with fewer people currently willing to bet against Alphabet.

Find out more about how you can short Alphabet stock.

Environmental, social and governance (known as ESG) criteria are a set of three factors used to measure the sustainability and social impact of companies like Alphabet.

Socially conscious investors use ESG scores to screen how an investment aligns with their worldview, and Alphabet's overall score of 20.35 (as at 12/31/2018) is pretty good – landing it in it in the 29th percentile of companies rated in the same sector.

ESG scores are increasingly used to estimate the level of risk a company like Alphabet is exposed to within the areas of "environmental" (carbon footprint, resource use etc.), "social" (health and safety, human rights etc.), and "governance" (anti-corruption, tax transparency etc.).

ESG scores also evaluate any incidences of controversy that a company has been involved in. Alphabet scored a 4 out of 5 for controversy – the second-lowest score possible, reflecting that Alphabet has a damaged public profile.

We're not expecting Alphabet to pay a dividend over the next 12 months.

Have Alphabet's shares ever split?

Alphabet's shares were split on a 1998:1000 basis on 2 April 2014. So if you had owned 1000 shares the day before before the split, the next day you'd have owned 1998 shares. This wouldn't directly have changed the overall worth of your Alphabet shares – just the quantity. However, indirectly, the new 49.9% lower share price could have impacted the market appetite for Alphabet shares which in turn could have impacted Alphabet's share price.

Beta is a measure of a share's volatility in relation to the market. The market (NASDAQ average) beta is 1, while Alphabet's is 1.0259. This would suggest that Alphabet's shares are a little bit more volatile than the average for this exchange and represent, relatively-speaking, a slightly higher risk (but potentially also market-beating returns).

Alphabet Inc. provides online advertising services in the United States, Europe, the Middle East, Africa, the Asia-Pacific, Canada, and Latin America. The company offers performance and brand advertising services. It operates through Google Services, Google Cloud, and Other Bets segments. The Google Services segment provides products and services, such as ads, Android, Chrome, hardware, Google Maps, Google Play, Search, and YouTube, as well as technical infrastructure; and digital content. The Google Cloud segment offers infrastructure and data analytics platforms, collaboration tools, and other services for enterprise customers. The Other Bets segment sells internet and TV services, as well as licensing and research and development services. The company was founded in 1998 and is headquartered in Mountain View, California.

Alphabet in the news 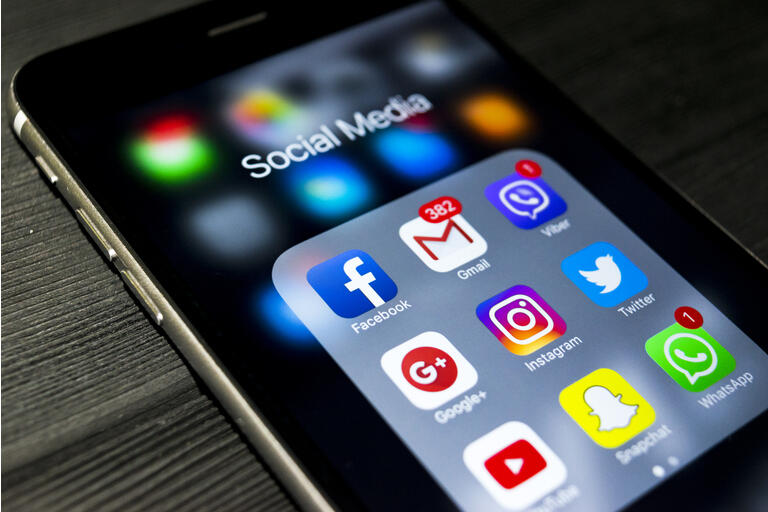 Was this content helpful to you?
Thank you for your feedback!
What are the best shares to buy in 2020? How to buy Audio Pixels (AKM) shares