Are women better investors than men? 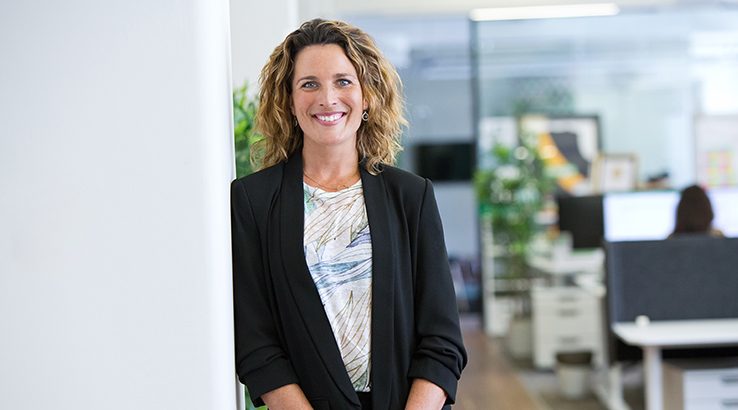 Traditionally a male domain, more women are starting to invest in the stock market to build wealth and achieve financial independence.

The stock market has always been a bit of a boys club. When you picture the trading room floor of any major stock exchange, images of hundreds of men in suits racing around on the phone and yelling things at giant screens spring to mind. Think the popular 2013 film The Wolf of Wall Street.

And it's not just more men that work in the investment sector than women, it's also more men who choose to invest in the stock market. Given the sector is overwhelmingly dominated by men, it's not surprising that men are the main clientele too. But this is starting to change, slowly, as more women seek ways to build wealth and create financial independence.

On the eve of International Women's Day, Finder spoke with head of advice at leading online investment manager Stockspot Sarah King who has more than 14 years experience working in the finance industry. We spoke about the reasons for the gender imbalance in the investment sector, the shift that's starting to happen and why women could actually be better investors than men.

An industry created by men, for men.

King said she believes more men invest than women because of their traditional role as the breadwinner. "I think it's an industry that's been built by men, for men. Until recently, men were the sole 'breadwinners' and women the 'domestic housewives'. Men went to work, earned the money and managed the household finances. Women stayed home to care for the kids, cook and clean. With this kind of societal model, how can women be involved in building or creating any industry?"

King agrees that even the language used in the sector resonates more with men than women, highlighting the language is aggressive and competitive in nature. "The Wall Street logo where it began is a massive fierce bull. Rising markets are called 'bull' markets and declining markets as 'bear' markets," she said.

Plus, the technical terms and heavy use of jargon can make it feel like you're not part of the club, and King says women don't easily relate to this kind of language. "Women connect and relate differently to concepts of wealth creation and financial independence. Their investment motivations are often quite different from men. They don't respond as much to technical, highly-complex, analytical language. I believe most women want to hear the practicalities, how it will benefit them, how to start and the pros and the cons so they can make an informed, considered choice."

We're starting to see a shift in the industry, albeit slowly.

Last year the biggest stock exchange in the world, the New York Stock Exchange, announced its first female leader in the 226 years the exchange has been operating. Yes, it took 226 years for it to happen, but this is a big tick towards the fight for gender equality in the sector. King said having more women in senior positions is important for diversity of thought, and to break the "boys club" cycle.

"Sadly, I think investment has been an industry where gender bias is deep-rooted, with the men at the top hiring other men just like them, and so it trickles down. Organisations are learning that gender diversity and diversity of thought is important for future growth and that the traditional, all male hierarchical model doesn't work as it used to. I've worked in many finance organisations that have been mostly male, but it's great to see at Stockspot we have a 50/50 split," said King.

More women working in the sector might create a flow on effect towards more women investing in the stock market too, as more women understand and can relate to it. Stockspot says currently about one third of its clients are women. "There's definitely a long way to go, but it's encouraging to see the incremental changes occurring in the industry."

Despite the fact that investing has overwhelmingly been a male's role, King said women actually make great investors. "Women who do invest are usually well researched and know what type of service they want to use. They ask all the important questions, particularly around risk, fees, security and are clear on their investing goals. I find our female clients are very good at risk assessment and making well-informed decisions. They weigh up the pros and cons and ask: what are the risks, what are the opportunities, to make a measured and informed decision," she said.

"This informed decision making can make women better investors. Typically when women start investing, they've done their research, they understand the underlying benefits and risks. With a bit of guidance, women tend to stay in it for the long term. I've personally seen a shift from when I was a para-planner 10 years ago. More women appear to be looking to build their long-term financial independence by investing. We see this in our female clients, about three quarters of them say their investment goal is building their wealth," she said.

Advice for women who are new to investing

King said encouraging more women to invest is high on Stockspot's agenda. Her main advice for women looking to get into the share market is to diversify, make sure the fees are below 1%, start small and invest for the long term.

"Make sure you're investing into a mix of different investments like Australian shares, global shares, bonds and gold to reduce risk. Exchange Traded Funds (ETS) are a great way to get huge diversification benefits at a low cost. The more you pay in fees, the less for you at the end of the day," she said.

"Investing your money in small amounts regularly can be a great way to build confidence as it eliminates trying to time when you should invest. Keep a long term perspective: Remember that investing is a longer term strategy. Ideally you want to be invested for 5 years or more to have the best chance of success. Avoid being swayed by market hype you hear in the media and stick with your plan. You'll be rewarded for it in the long run!"