Nearly 9 out of 10 fintech leaders in Australia are male 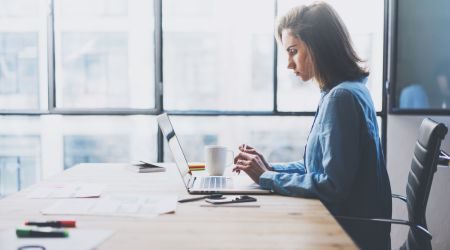 Danielle Szetho, CEO of Fintech Australia, said she was positively surprised by the statistic as she thought the number would be lower.

"There are not many females in technology, and even less in financial services, so you'd think within the overlap there'd be even less," she said. Examining the gender issue, she said it was directly related to talent and corporate partnerships.

"I also think it's really important to bring more women to the fore here. Women are great collaborators and communicators, and these are absolutely vital skills to creating good partnerships. Some of the most successful negotiators I know are women."

Not the first stats

The technology and, more specifically, fintech markets are plagued by gender diversity issues, with this most recent stat backed up by myriad data. Earlier this year, Swift and Innotribe released a Women in Fintech white paper which discussed the limitations of "fintech's disruptive impact" on gender diversity.

Some of the more startling statistics include that only 4.95% of top executives at EU fintech companies are female, while only one country (Norway) averaged more than 30% female representation on banking executive committees.

Fintech companies in Australia, a large proportion (36%) of which are less than one year old, are dealing with various issues in regards to setting up and remaining competitive in the fintech sector. Attracting qualified or suitable talent was identified as an issue for 43% of fintech companies surveyed for the EY Fintech Census, with engineering and software ranking as the most in-demand skills. Addressing the gender imbalance in fintech could help open a whole new talent pool to startups.

"I know there are heaps of incredibly smart women who would make fantastic fintech talent but are perhaps either not confident enough in their abilities, or think that it's such a male-dominated field that they wouldn't find support. I hope we can prove that's not the case, and FinTech Australia actively supports programs that help do that; things like the Sydney FemTech Leaders meetup at Tyro, Stone & Chalk's Women in FinTech, Rare Birds and XCHANGE."

The initiatives touched on by Szetho also extends to company programs designed to encourage greater female representation in technology and leadership roles. One example of the latter is the DevelopHER program at MYOB, a paid internship program designed to develop more women into software developers.

Positive steps are already being taken by various fintech players to address these issues, such as the aforementioned fintech hubs Tyro and Stone & Chalk which regularly host women in fintech meetups. However, not every fintech player is addressing the need for a greater gender balance. This week it was revealed by pop culture website Junkee the opening of a new coworking space, Nomadic Thinkers, which caters exclusively to men.

While the space was established to tackle the very real issues of domestic violence and suicide rates in males, opening an all-male coworking space for a sector that's dominated by males is going to be counter-productive to many other real issues; namely, gender diversity. There are also questions as to how excluding women from a workspace could help the males working there become more socially and emotionally mature.

Szetho, who she was unsure whether the coworking space was a publicity stunt, said that greater balance within fintech is needed.

Female-centric coworking spaces do exist in Australia, but the requirements usually only extend as far as the startup being founded by a woman or that the owners are majority-female. These requirements help to encourage more female startup founders and do not exclude men from working in the space, as Nomadic Thinkers is proposing for women.

Samuel Monaghan, co-founder of the space, told Junkee they would have to decline any applications for membership made by women. Women are also not able to enter the actual working space, prohibiting any startup that is housed there from hiring females. This will do nothing to address the lack of female representation in the startup space.

How is this issue tackled? The Women in Fintech white paper recommends addressing the issue head-on, implementing family-friendly policies and then measuring success. Also, by profiling women who are successful in the fintech space, the necessity of greater female representation can be demonstrated.

"Look at the amazing, vibrant women leaders we have – people like our vice president Charlotte Petris from Timelio, Emma Weston from Full Profile, Katherine McConnell from Brighte and Chelsea Dunne from Fincast. They're creating fantastic businesses, growing strongly and going global," Szetho said.

"I also hope that FinTech Australia is setting a good example. My little team of three are all women and we are getting so much done."