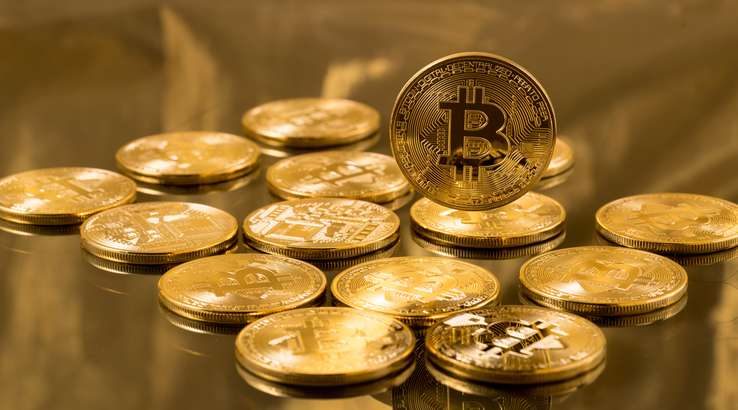 The bounciest of currencies.

This is a major spike even by the usual standards of this notoriously volatile cryptocurrency, and flies in the face of earlier speculation that the altcoin had reached its all-time high back in September. This spike might be a sign that bitcoin still has room to grow, and that it might be further beyond government intervention than previously thought.

"Everyone seemed to agree that once it broke through $US5,000, the sky is the limit." said Ben Kumar, a money manager at Seven Investmehttps://www.finder.com.au/how-to-buy-bitcoin-goldnt in London. "I wouldn't be surprised to see it double from here in a very short space of time."

Much of this is also probably attributable to the upcoming hard fork, set for the tail end of October, and speculation that investors will get the most value from buying in before then. It's not the first time bitcoin's forked off into new variations, and the upcoming split, which will create a new "Bitcoin Gold" variation, might help the cryptocurrency move beyond some of its current limitations.

"...the key goal that we are trying to achieve with this fork is to build a perpetually ASIC-resistant version of Bitcoin," said Robert Kuhne, a Bitcoin Gold contributor to Bitcoin Magazine.

"And we're now in a situation where 65% of hash power comes from a country that doesn't like Bitcoin," said Alejandro Regojo, Bitcoin Gold contributor to Bitcoin Magazine, referring to the proportion of bitcoin mining power coming out of China.

By decentralising the currency, it might become more immune to interventions from big players and the drastic ups and downs that characterise bitcoin.

Bitcoin's fortunes have been intrinsically tied to China's market. So when China restricted trading and ordered all cryptocurrency exchanges in the country shut down, a wave of panic selling dropped the price by around 40% in the first few weeks of September, eliminating about US$20 billion from bitcoin's total market value.

Today, on October 13, it's bounced back up to a new record high of US$5,452. This might be largely due to institutional interest as more investment firms start looking more closely at bitcoin, and as the initial doubts about blockchain security are quelled.

"There are always those waiting in the wings to buy Bitcoin, whenever there is a price dip," says Duncan Campbell, director of Digital Currency Experts, an education consultancy. "Not because they're interested in trading it but because they feel it is seriously undervalued in the long term." This interest around the world may be serving as a natural counterpoint to each market scare and price drop.

Bitcoin's entire history revolves around price shocks, and its ability to bounce back might be driving it higher.

"Thanks to this more diversified market it stands to reason that the regulatory interventions of a single country – even the world's most populous country – should have less impact on the bitcoin price over the long term," writes Marc Hochstein, managing editor for CoinDesk.

But despite the new high, doubts remain. The assumption that bitcoin is undervalued in the long run may hinge on the idea that it's going to become the main global currency someday. If this idea stops seeming realistic, those investors might disappear from the wings and the prices might stop bouncing back.