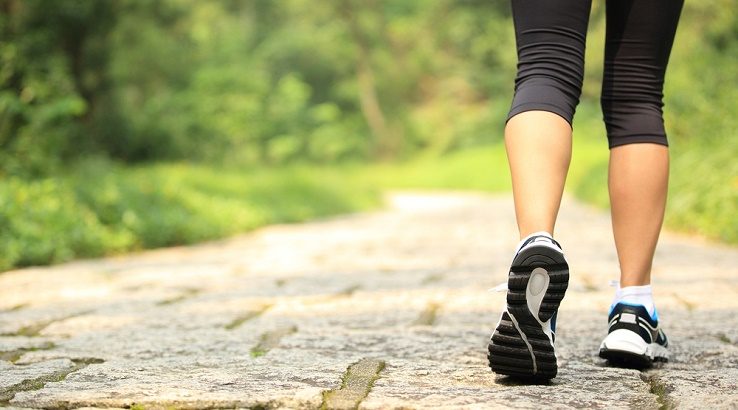 Just 4,300 more steps per day can lead to better health.

Regular exercise has always been associated with healthy living but a new study has discovered doubling the number of steps taken in a day can significantly reduce the average time spent in hospital.

The Centre for Clinical Epidemiology and Biostatistics at the University of Newcastle analysed the activity of more than 2,000 individuals, aged 55 and over, who wore pedometers for one week during 2005-2007. Participants' hospital data, from recruitment to March 2015, was also evaluated.

There was a significant reduction in the number of hospital bed-days associated with higher step counts.

The estimated number of bed-days per year of follow-up shrunk by 9% for each 1000-step daily increase. Disease-specific reductions were significant for cancer and diabetes, but not for cardiovascular disease.

Even when the analysis was confined to hospital admissions beyond the first two years of follow-up, the difference was still 0.29 bed-days per person per year.

"These steps can be accumulated as many brief activities throughout the day, or as steady walking for about three kilometres," he said.

In a linked editorial, the Institute for Physical Activity and Nutrition at Deakin University in Melbourne suggested wearable activity monitors, such as Fitbit, Garmin and the Apple Watch, had the potential to enhance the likelihood of maintaining increases in physical activity over the long term.

Supporting this, baby boomers and seniors have become a dominant force within Australia's fitness tech marketplace, according to research which outlines their propensity for walking and regular exercise.

The elderly use these devices an average three times per week to monitor their steps and distances.