Pets in cabins “soon” on domestic flights: What’s the catch? 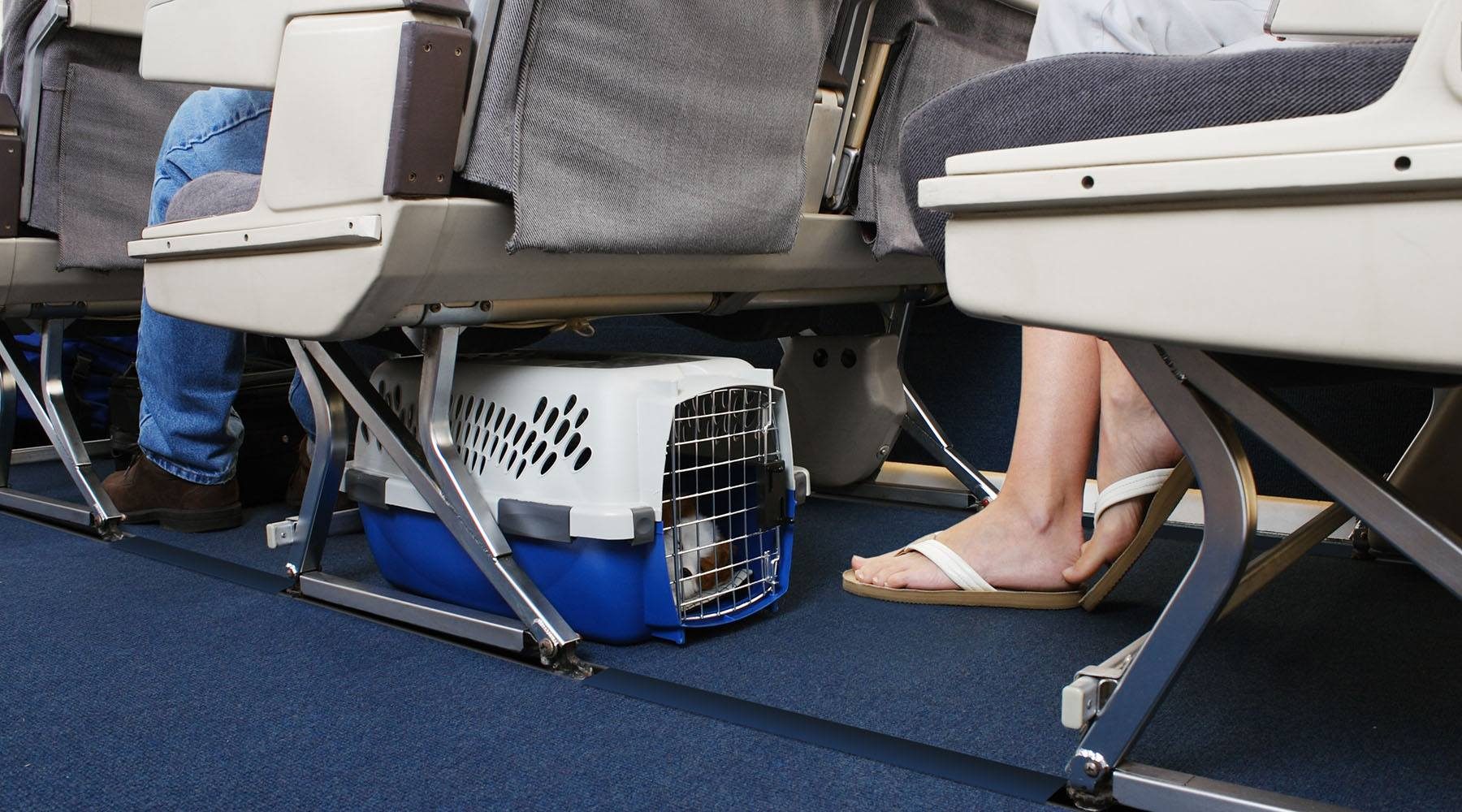 The announcement that pets may soon be able to travel in the cabin is good news for many pet owners – but how will it be implemented?

Passengers on Australian domestic flights could soon be allowed to travel alongside their pets in the cabin rather than in the cargo hold.

The country's Civil Aviation Safety Authority recently announced plans to relax its ban on animals other than service dogs from flying in the cabin for domestic flights.

However, CASA said it will be up to each airline to decide its own policy. At the moment, animals must be transported in the cargo hold — a rule which can be extremely distressing for pets and their owners.

Both Qantas and Jetstar said they aren't looking to update their current policies on animals in the cabin at this stage. However, Virgin Australia said it is considering the regulatory changes as part of a wider pet travel review that it's currently undertaking.

How will airlines accommodate animals in the cabin?

As part of the changes, airlines will no longer need to apply to CASA for approval to carry pets but they must demonstrate that they can safely accommodate animals in the cabin.

The new CASA rules state that when giving pet owners permission, airlines will need to consider:

Moreover, "large animals should always be secured so as not to damage or affect the balance of the aircraft in flight. A small or medium-sized animal carried in the cabin would normally need as a minimum to be restrained during takeoff and landing and in turbulence," the CASA outlined.

Are the changes being welcomed by Australians?

While it's still unclear if and how airlines will adopt the changes, the prospect of travelling alongside pets during domestic flights has been welcomed by Australian pet owners like Alex Holderness.

"It wouldn't bother me. I think it would actually make the whole trip more entertaining. It'd be no worse than kids! But more seriously, I've always hated the thought of pets travelling in cargo, it seemed quite a dangerous environment for them – expensive too," Holderness said.

Australia's airline industry has been hit hard over the past 16 months because of COVID-19 and making flights more comfortable for pets and their owners could encourage larger numbers of Australians to travel.

According to 2021 Finder research, almost two thirds (62%) of Australians own a pet – that's approximately 12 million pet owners – and a third of those asked welcomed a new pet into the family over the last 12 months.

However, allowing pets to sit alongside passengers in the cabin hasn't been embraced by all – for example, Virgin Australia's poll on Facebook has had over 7.4k reactions, around 6k of which are positive and 1.1k negative. Many of those against the changes are allergy sufferers or uncomfortable around animals.

"While I love dogs, I am unfortunately allergic (I know, worst allergy ever) and being in a confined space with one next to me for a long flight would make me pretty sick," said Alison Banney. "I am all for this, but, I think it'd need to only be on some select 'pet friendly' flights so that people with allergies can choose a pet-free flight if possible."

For labrador-owner Jen Snell, airlines will need to make clear what is and isn't allowed.

"I think airlines would need a clear code of conduct regarding pet behaviour and maybe some kind of pet passport system which shows your pet is registered and trained and you understand your responsibilities regarding its behaviour," Snell said.

Get them used to their carrier

Make sure your pet is comfortable with the carrier you'll be taking them in, if the airline requires one. It's good to let them familiarise themselves with it before the flight.

Give them lots of water beforehand but not food

To prevent any accidents from occurring, it's best not to give your pet food beforehand, but they'll need to stay hydrated so give them plenty of water. It's much easier to clean up.

If your cat or dog has a soft toy that they like, it might be a good idea to bring that with you to help keep them calm and occupied.

Taking out pet insurance is a good way to make sure your pet is protected if something happens to them during travel or while you're on holiday. We looked at over 18 policies and found 13 that provide some form of travel cover – this can include overseas medical costs.

If they get sick or hurt in an accident, it can help pay for vet bills. It also generally includes third-party liability. This means you'll be covered for legal fees if they hurt someone or damage property.

To get protected, you can compare top policies from our best pet insurance page here.