Exclusive interview: CEO of bitcoin.com.au talks regulation and the creation of the “United Nations” of blockchain 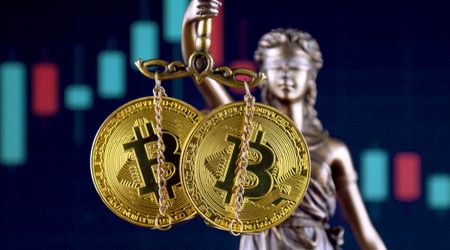 Rupert Hackett highlights international cooperation, consumer protection and abandoning the status quo as the way forward for the cryptocurrency space in Australia and abroad.

Rupert Hackett, CEO of bitcoin.com.au and founding member of the Australian Digital Commerce Association (ADCA), sat down with us to discuss the necessary steps for blockchain and cryptocurrency to thrive, and how regulation will play an important role in this.

The interview comes with the news that new anti-money laundering (AML) and counter-terrorism financing (CTF) laws and regulations are coming into effect this week. These will impact the use of cryptocurrency in Australia, in particular, how exchanges operate and keep track of their customers’ actions.

Hackett’s experience with ADCA and other industry bodies has led him to have a specialised knowledge and interest in regulation, which is perhaps the most pressing topic of 2018. He believes that regulators need to recognise cryptocurrency as an "out-of-the-box" technology that is going to disrupt the status quo and which needs to be respected and considered when developing regulation. Simply put, Hackett believes that applying existing frameworks and approaches from other financial services simply won't work for cryptocurrency. It would be like trying to fit a square peg into a round hole, or sending bitcoin to an Ethereum address. It just won't work.

ADCA and Hackett have played an important role in liaising with the Australian Transactions Reports Analysis Centre (AUSTRAC) to ensure that the new AML/CTF laws fit comfortably with cryptocurrency exchanges in Australia.

ADCA is made up of both Australian and global companies, with exchanges such as BTC Markets, CoinSpot and Independent Reserve being among its ranks, as well as major technology companies like Optus, IBM and PWC.

The purpose of ADCA is to create a network for blockchain companies to work together and liaise on the development of blockchain technology, as well as "share best practice and engage with government and regulatory stakeholders". To date, ADCA has developed a code of conduct that members can adhere to in order to acquire certification from the body, certification that is intended to give consumers peace of mind knowing that the company has passed an external audit demonstrating compliance with these standards.

Taking it to the world stage

Through his work with ADCA and AUSTRAC to develop regulations for the industry, Hackett became involved with the International Decentralised Association of Cryptocurrency and Blockchain (IDACB), which seeks to become the "United Nations" of blockchain. According to Hackett, the IDACB was formed "to create a dialogue between countries to enable some sense of unification of regulation".

The first meeting of the IDACB was in Moscow nearly two months ago, with public and government representatives from 15 nations. This number has grown to 50 since then, with a goal of increasing it to 100 by the next meeting in May. On the agenda were goals to develop ICO standards, exchange regulatory knowledge between member states, create an educational database and apply to the United Nations with the intention of creating the Commision for Blockchain and Cryptocurrency.

The conference discussed the existing regulation in each country, as well as the role that the IDACB will play in each country in the future. Interestingly, the conference came to the conclusion that the next steps for Australia included collaborating with security agencies, but the minutes did not elaborate further.

According to Hackett, the IDACB recognises that unless countries work together to institute a cohesive approach to regulation, whichever country creates a fostering community for cryptocurrency will wind up with the "lions share" of business. The IDACB hopes that by sharing best practices between nations, the challenge of regulating a technology that has no geographic location will be mitigated through cooperation and adoption.

Regulation: What needs to happen next in Australia and globally

Given the decentralised nature of blockchain technology, companies involved in the space have the ability to shop around for the best deal should their home country develop regulatory controls that are too suffocating or obtuse. Failure to keep up will see a country (and its economy) left behind.

So what does good regulation look like? Hackett believes that the next immediate focus should be consumer protection. Currently, know-your-customer (KYC) procedures and anti-money laundering (AML) laws are at the centre of existing regulation, but these protocols, while necessary, only exist to serve the state and protect corporations, leaving the consumer out in the cold.

There is not enough in place to ensure that exchanges protect user funds, or meet a standard level of security. Hackett makes the point that user funds are constantly lost through security breaches, which can be agitated by internal mismanagement. At present, there is no benchmark for best practice by exchanges, and he argues that there is an increasing amount of user ignorance and complacency compared to a few years ago. With the recent gold-rush to get involved with cryptocurrency, many users are unaware of the need for things like private keys, cold storage and hardware wallets.

Furthermore, Hackett worries that many users are painfully unaware of landmark events like the Mt. Gox hack. Mt. Gox was an exchange that once accounted for up to 80% of all cryptocurrency trade. In 2014, the exchange shut down following allegations of hacking and embezzlement, which saw many users lose their funds, devastating the market in the process. Events such as this fuel concerns that treating poorly regulated exchanges that are absent of any consumer protection policies as banks, could lead to a devastating result for many new-wave buyers.

Hackett believes that regulators have an obligation to ensure that consumers are protected, especially at the exchange level. Standards for best practice need to be set, as well as ways of ensuring that they are adhered to. If the market is to mature and thrive as a sophisticated financial sector, then a new set of laws will have to be drafted, that consider the unique nature of cryptocurrency while tying it to traditional ideals of consumer protection and security.