How to buy Disney (DIS) shares in Australia

Learn how to easily invest in Disney shares.

The Walt Disney Company (DIS) is an entertainment company based in Burbank, California. Its products and services include cable networks such as Disney+, theme parks such as Disneyland and a studio producing films under the brands Pixar, Marvel and others. Disney became public on the New York Stock Exchange in 1981 and has seen enormous growth since.

How to buy shares in Disney

Superhero share trading
For our Top picks, we compared our Finder partners using a proprietary algorithm beginning in August 2020. We update the list every 3 months. Keep in mind our top picks may not be the best for your individual circumstances and we encourage you to compare for yourself. Read our full methodology here to find out more.

Use our graph to track the performance of DIS stocks over time.

Disney shares at a glance

Is it a good time to buy Disney stock?

Historical closes compared with the last close of $102.42

Is Disney under- or over-valued?

Valuing Disney stock is incredibly difficult, and any metric has to be viewed as part of a bigger picture of Disney's overall performance. However, analysts commonly use some key metrics to help gauge the value of a stock.

Disney's current share price divided by its per-share earnings (EPS) over a 12-month period gives a "trailing price/earnings ratio" of roughly 64x. In other words, Disney shares trade at around 64x recent earnings.

That's relatively high compared to, say, the trailing 12-month P/E ratio for the NASDAQ 100 at the end of 2019 (27.29). The high P/E ratio could mean that investors are optimistic about the outlook for the shares or simply that they're over-valued.

The PEG ratio provides a broader view than just the P/E ratio, as it gives more insight into Disney's future profitability. By accounting for growth, it could also help you if you're comparing the share prices of multiple high-growth companies.

Disney's EBITDA (earnings before interest, taxes, depreciation and amortisation) is US$10.6 billion (£8.4 billion).

The EBITDA is a measure of a Disney's overall financial performance and is widely used to measure a its profitability.

Environmental, social and governance (known as ESG) criteria are a set of three factors used to measure the sustainability and social impact of companies like Disney.

Socially conscious investors use ESG scores to screen how an investment aligns with their worldview, and Disney's overall score of 23.2 (as at 12/31/2018) is excellent – landing it in it in the 16th percentile of companies rated in the same sector.

ESG scores are increasingly used to estimate the level of risk a company like Disney is exposed to within the areas of "environmental" (carbon footprint, resource use etc.), "social" (health and safety, human rights etc.), and "governance" (anti-corruption, tax transparency etc.).

Disney's environmental score of 6.53 puts it squarely in the 8th percentile of companies rated in the same sector. This could suggest that Disney is a leader in its sector terms of its environmental impact, and exposed to a lower level of risk.

Disney's social score of 13.06 puts it squarely in the 8th percentile of companies rated in the same sector. This could suggest that Disney is a leader in its sector when it comes to taking good care of its workforce and the communities it impacts.

Disney's governance score puts it squarely in the 8th percentile of companies rated in the same sector. That could suggest that Disney is a leader in its sector when it comes to responsible management and strategy, and exposed to a lower level of risk.

ESG scores also evaluate any incidences of controversy that a company has been involved in. Disney scored a 2 out of 5 for controversy – the second-highest score possible, reflecting that Disney has, for the most part, managed to keep its nose clean.

We're not expecting Disney to pay a dividend over the next 12 months.

Have Disney's shares ever split?

Disney's shares were split on a 10000:9865 basis on 12 June 2007. So if you had owned 9865 shares the day before the split, the next day you would own 10000 shares. This wouldn't directly have changed the overall worth of your Disney shares – just the quantity. However, indirectly, the new 1.4% lower share price could have impacted the market appetite for Disney shares which in turn could have impacted Disney's share price.

Beta measures a share's volatility in relation to the market. The market (NYSE average) beta is 1, while Disney's is 1.1559. This would suggest that Disney's shares are a little bit more volatile than the average for this exchange and represent, relatively speaking, a slightly higher risk (but potentially also market-beating returns).

The Walt Disney Company, together with its subsidiaries, operates as an entertainment company worldwide. It operates through two segments, Disney Media and Entertainment Distribution; and Disney Parks, Experiences and Products. The company engages in the film and episodic television content production and distribution activities, as well as operates television broadcast networks under the ABC, Disney, ESPN, Freeform, FX, Fox, National Geographic, and Star brands; and studios that produces motion pictures under the Walt Disney Pictures, Twentieth Century Studios, Marvel, Lucasfilm, Pixar, and Searchlight Pictures banners. It also offers direct-to-consumer streaming services through Disney+, Disney+ Hotstar, ESPN+, Hulu, and Star+; sale/licensing of film and television content to third-party television and subscription video-on-demand services; theatrical, home entertainment, and music distribution services; staging and licensing of live entertainment events; and post-production services by Industrial Light & Magic and Skywalker Sound. In addition, the company operates theme parks and resorts, such as Walt Disney World Resort in Florida; Disneyland Resort in California; Disneyland Paris; Hong Kong Disneyland Resort; and Shanghai Disney Resort; Disney Cruise Line, Disney Vacation Club, National Geographic Expeditions, and Adventures by Disney as well as Aulani, a Disney resort and spa in Hawaii; licenses its intellectual property to a third party for the operations of the Tokyo Disney Resort; and provides consumer products, which include licensing of trade names, characters, visual, literary, and other IP for use on merchandise, published materials, and games. Further, it sells branded merchandise through retail, online, and wholesale businesses; and develops and publishes books, comic books, and magazines. The Walt Disney Company was founded in 1923 and is based in Burbank, California.

Disney in the news 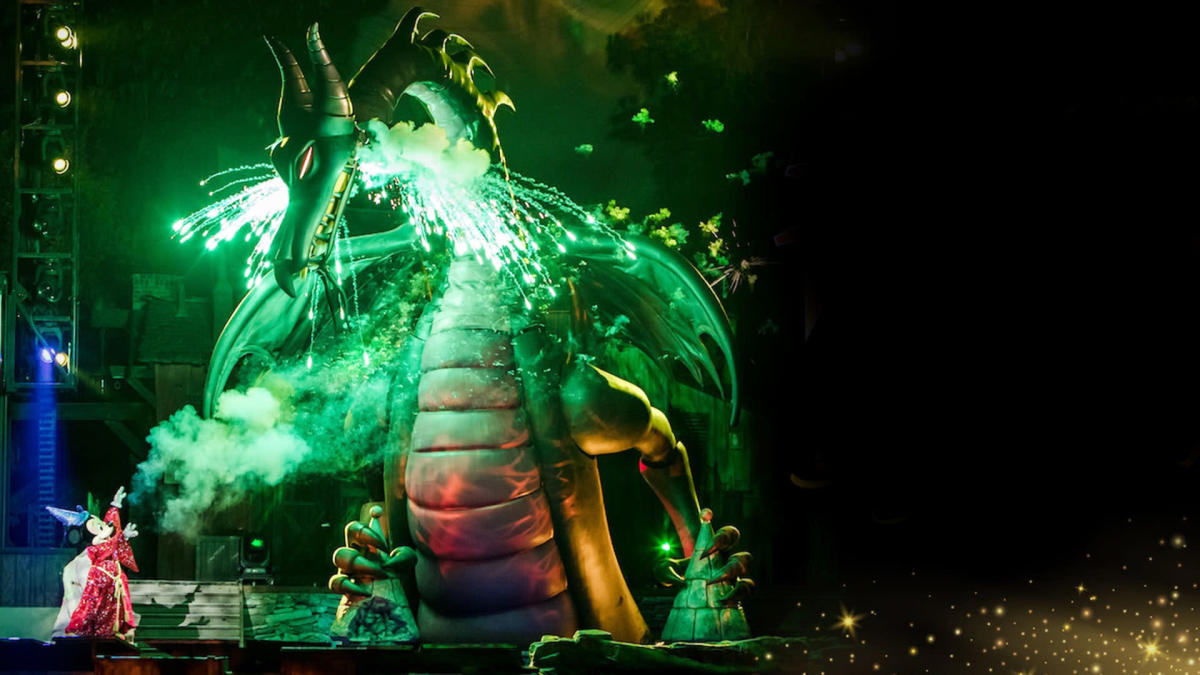 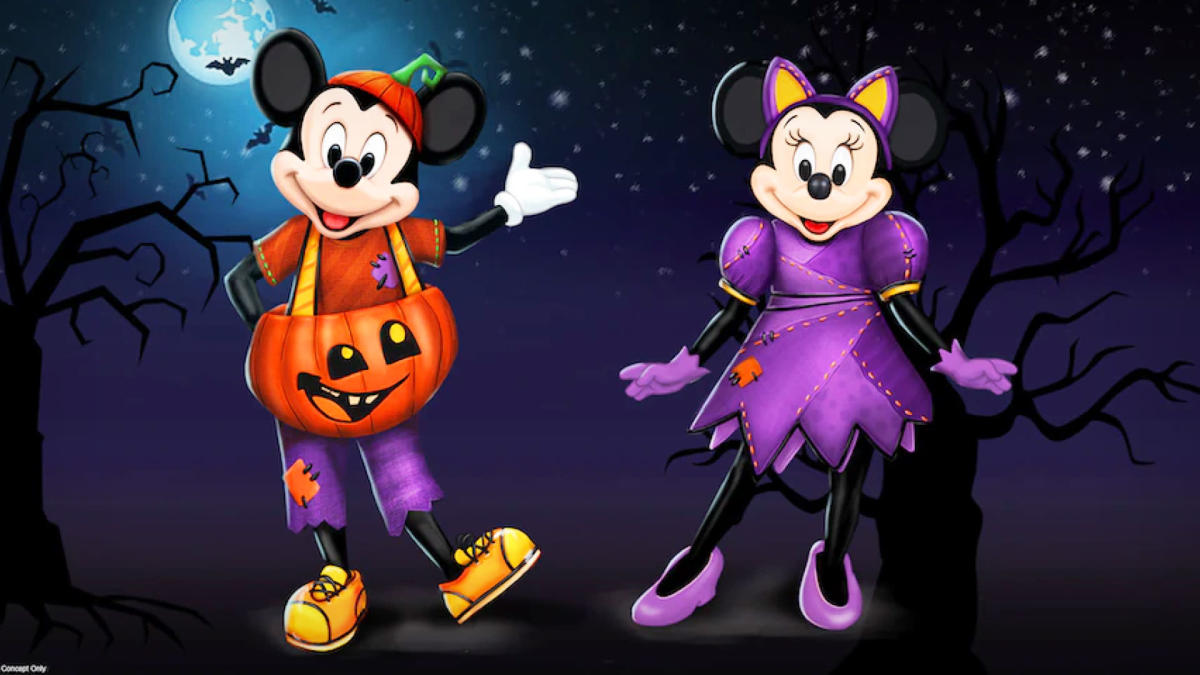