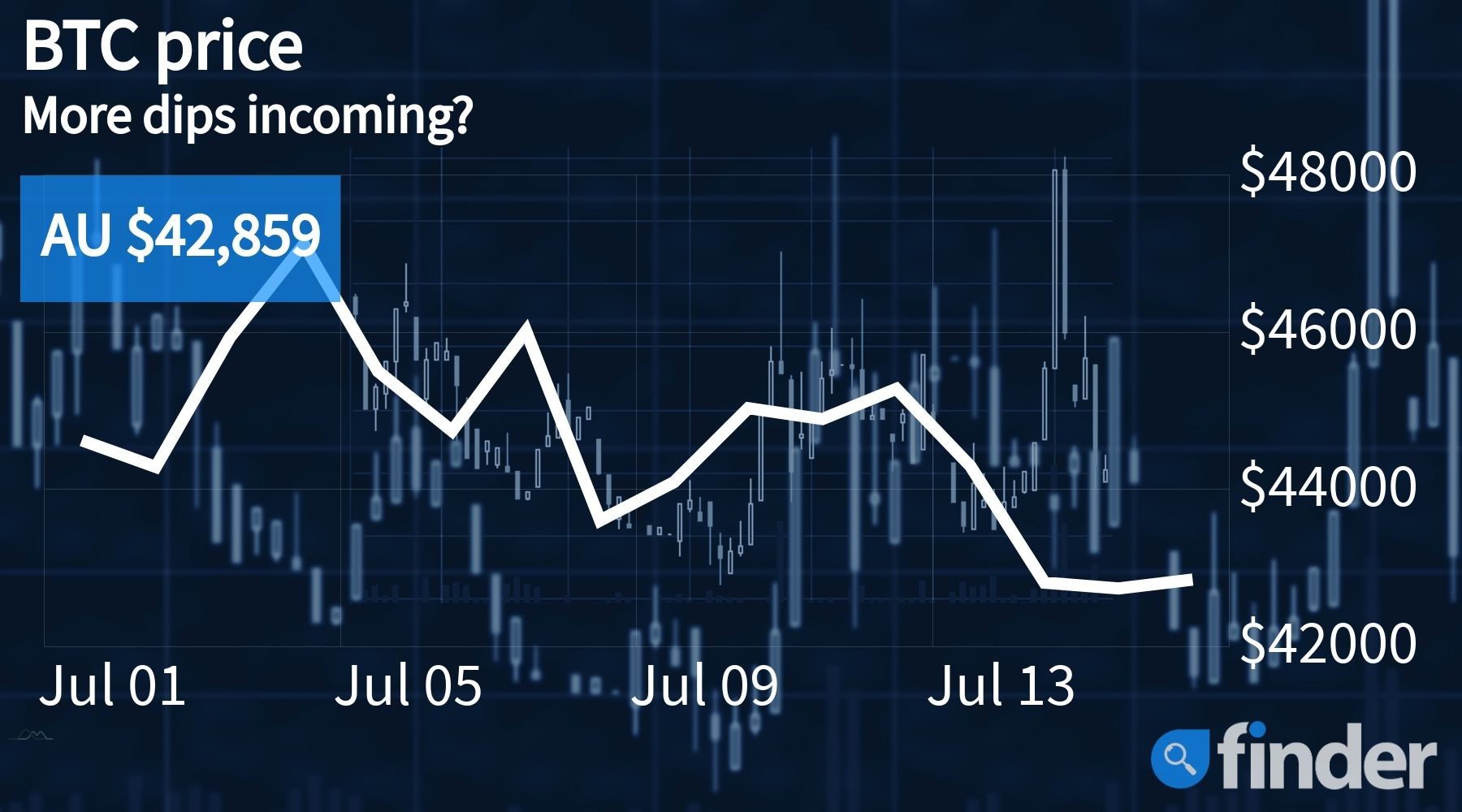 Over the last week, the world's largest cryptocurrency by total market capitalization 'Bitcoin', has continued to flirt with its last remaining 'support threshold' of AU $43,000. As a result, analysts are predicting a further downtrend for the digital asset in the near term, possibly taking BTC to the $32,000 mark — especially if the ongoing bearish climate persists. At press time, the flagship cryptocurrency is trading for AU $43,100.

To get a better overview of what's causing Bitcoin to dip steadily, Finder reached out to Ross Middleton, CFO for DeversiFi, a Layer 2 decentralised exchange built using StarkWare technology. In his view, Elon Musk backtracking on accepting Bitcoin as a form of payment — primarily due to ESG concerns — combined with a lack of further institutional purchase news seems to have taken some of the shine off the premier crypto, adding:

"Retail traders are more concerned with meme-coins that can double in one day rather than digital gold and a large amount of leverage has been unwound. Bitcoin is now in an accumulation zone and will start to move higher again when traders least expect it."

On a somewhat lighthearted note, Antoni Trenchev, managing partner at Nexo, an digital asset institution with over US $15 billion in AUM, told Finder that the crypto market is currently on "summer vacation", stating that it is fairly common occurrence even in the stock market for prices to drop in a type of a summer slump as traders go on holiday.

He further added that China's recent regulatory crackdown hasn't helped matters and could be playing a major role in the ongoing descent of both BTC and ETH. "Still, despite a small slip in the last day, both assets are maintaining their overall value – the big picture indicates a dormant bull run, one that's just waiting for investors to return from vacation," he closed out by saying.

Bitcoin's node count is at an all time high!

Despite the marketwide carnage taking place right now, Bitcoin's native network node count has continued to increase steadily, recently crossing the 13,000 threshold for the first time in its decade old history. In this regard, the last ATH value stood around the 11.6k mark, a target that was achieved earlier this year in January.

To put things into statistical perspective, over the last 12 months, Bitcoin's node count has sprung up by a whopping 2,739 nodes, further bolstering the currency's commitment to remaining completely decentralized. Not only that, this growth has coincided with the rapid expansion of the LN (Lightning Network) ecosystem — which has also grown by over 70% within a period of <180 days.

More critics seem to be warming up to crypto

After labelling Bitcoin a "potential scam" during his tenure as President Trump's Treasury Secretary, Steve Mnuchin now claims that his views regarding crypto have evolved greatly. In a recent interview with a major mainstream media outlet, he was quoted as saying:

"The first part of it is I think the underlying technology of blockchain is really incredible and has lots of different things, particularly in fintech and finance. I think as it relates to Bitcoin — if people want to buy Bitcoin as a substitute, no different from buying gold or some other asset — it's fine."

Last but not least, it bears mentioning that in recent months, the number of anti-crypto folk who have changed their stance regarding digital assets seems to be growing at a rapid rate. Therefore, it will be interesting to see how things continue to unfold for the industry as a whole in the near term.