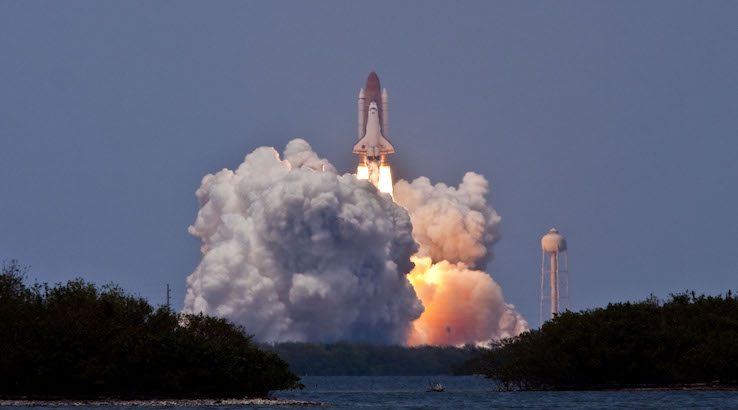 The Aussie stock market surged to a record high Wednesday and analysts think it has further to run, so what should you do about it?

When it comes to the global stock markets, what the trade war takes, it can also give back – in abundance.

Australian shares hit an all-time high Wednesday after a flurry of headlines offered some optimism that the US is trying to resolve trade tensions with China.

It's a story we're familiar with by now. Senior US trade officials are reportedly heading to Shanghai next week to open trade talks with Chinese officials, according to an article by Bloomberg. A very good sign, if we are to believe comments made Tuesday by White House economic adviser Larry Kudlow shortly thereafter.

This, along with strong results from US corporate earnings season, saw Wall Street's S&P 500 and Nasdaq indices near record highs overnight.

All good news for Australia's All Ordinaries index (the biggest 500 listed Australian companies), which surpassed its previous 2007 record high of 6,853.6 to close at 6,862.40 Wednesday afternoon. Meanwhile, the benchmark ASX200 index was not far behind its own record close, reaching its third highest position ever at 6,776.7.

The table below shows where the ASX200 is currently sitting among the top 10 highest positions. If there was ever any comparison to be made between today's economic and market conditions with those of pre-GFC times, this may well be it.

The highest market close ever recorded by the ASX200 is 6,828.7 in November 2007. If we continue at the rate we have been, we may well beat that record before the year is out.

Wall Street and China-related trade tensions will always tug on the purse strings of Australian investors, but there's a bigger story at play here.

I chatted to Bell Direct equity analyst Julia Lee for her views shortly after the close of market, Wednesday. In her view, investors are continuing to ride the wave of falling interest rates around the globe – a story which will continue should the RBA cut interest rates next week.

And if we are to believe Lee's view – it's a done deal.

"I do think [the market has] further to go...It's being fuelled by ultra-low interest rates around the globe and also the possibility of more rate cuts," said Lee.

According to Lee, the market is pricing in an 84% chance that the RBA will cut rates by 25 basis points next week and a 16% chance of a 50-point basis cut. Sounds like a done deal to me.

Is it time to invest further in equities?

Yes, if we follow Lee's view. Even if Australia's central bank decides not to cut rates next week, interest rates are falling right around the world as central banks struggle to keep economies in positive growth territory.

If trends continue as they are, we could well see Wall Street and the ASX continue to break records.

Why do the stock markets rise as interest rates fall? Because it becomes harder to find returns from other kinds of investments such as term deposits as the bank's lower rates and profit margins become stretched. Equities and bonds become a more attractive proposition.

Investors are betting that continued low rates will drive further interest in the stock market in the coming months and even years.

Does that mean it's time to invest or remain wary? Lee thinks the next 18 months are looking pretty good for Australian stocks, but cautions investors to be cautious about which companies to back.

If you're looking for somewhere to invest – Lee suggests real-asset companies such as property and utilities stocks.

Read more on how low rates will impact your investments.