The Samsung Galaxy S10 smartphone made a splash in the cryptocurrency world. First, there were rumours of it having a built-in cryptocurrency hardware wallet.

These rumours were confirmed in a fashion, by a press release from 20 February 2019 which carefully stated that the phone would have "secure storage backed by hardware, which houses your private keys for blockchain-enabled mobile services".

Hype was further stoked at the Barcelona Mobile World Congress when Samsung touted "Block Chain" features including a digital wallet, and implied support for Bitcoin, Ethereum, Enjin and Cosmee.

Now the phone is finding its way into people's hands and a common sentiment among crypto enthusiasts is that it lacks the expected blockchain beef.

What it doesn't have

The most glaring absence according to many is that the hardware wallet doesn't support Bitcoin. By itself this is enough to convince a lot of people that Samsung isn't taking this whole crypto thing seriously.

It's "akin to your broker at Charles Schwab or Fidelity telling you that your 401(k) lets you invest in silver, copper and other metals but not gold" lamented an editor at Bitcoin Magazine.

The other disappointment comes from the apparent belief that it would have innate hardware wallet support, in the form of some kind of pre-installed in-your-face app that jumps right out at users.

After a lot of hype, people are feeling pretty underwhelmed by it all.

What it does have

Although it doesn't have Bitcoin, it does provide a full degree of support for Ethereum ERC20s. And while it doesn't have a pre-installed wallet, it is still unambiguously a built-in cryptocurrency hardware wallet which uses the offline "enclave" built into the phone.

Based on user descriptions, the installation process will be quite familiar to anyone who's used a hardware wallet before. When you run the app, it will walk you through the process of setting up a PIN and getting your seed phrase, reminding you that if you lose your seed phrase you're screwed, and so on.

The most anomalous part of the experience is that the phone will ask for a range of permissions to use the wallet, like access to phone calls and the camera, so that's pretty weird.

Why it's actually really good

And to be crystal clear, it is a good thing that you have to separately download the wallet. It would be very bad if it came pre-installed.

There are some things to complain about, but this is not one of them.

The most important reason is because pre-installed wallet software would be an unacceptable security risk. This is exactly the same reason you do not get pre-installed software on other hardware wallets, but instead have to buy the wallet and then download the software.

Firstly, because pre-installed wallets mean people could be unwrapping and using new phones with outdated wallet software and exploitable vulnerabilities. Requiring people to download the wallet app before using it adds a lot of security by ensuring people with new phones are downloading the latest version.

Secondly because it reduces the risk of people getting burnt by buying second hand phones later, buying tampered-with ex-display models, or purchasing from unscrupulous sellers. It's relatively easy to ensure that hardware wallet supply chains are tightly controlled, in part because all users are relatively security conscious. Smartphones are an entirely different can of worms.

Thirdly, because downloading the software presents new opportunities to do things like check the genuineness of a device.

Pre-installing a cryptocurrency wallet on the Galaxy S10 would also be dangerously irresponsible, verging on negligent, on Samsung's part.

They still aren't the most user friendly things around. How many other apps can you download which simultaneously hold potentially large amounts of money, and warn you that if you lose your password and your phone you are 100% guaranteed screwed? Shoving that at unsuspecting users is a frankly stupid idea. One of the first things people do with a new phone is poke around the pre-installed apps and most people obviously wouldn't be ready to catch a recovery seed thrown in their face.

If the wallet was pre-installed, people would be almost guaranteed to lose money and it would arguably be Samsung's fault.

And last but not least, unwanted pre-installed software on consumer devices is not a good thing. This remains true regardless of how you feel about cryptocurrency.

The wallet software you download is Samsung's own. It comes with its own innate features such as the CoinDuck payment app.

And like most other ERC20-specific crypto wallets, it lets you manually add any ERC20 tokens you want, while offering default support for a handful of the more popular ones. These include ZRX, BNB, REP, TUSD, PAX and more. It's a fairly respectable range with some fairly clear applications. 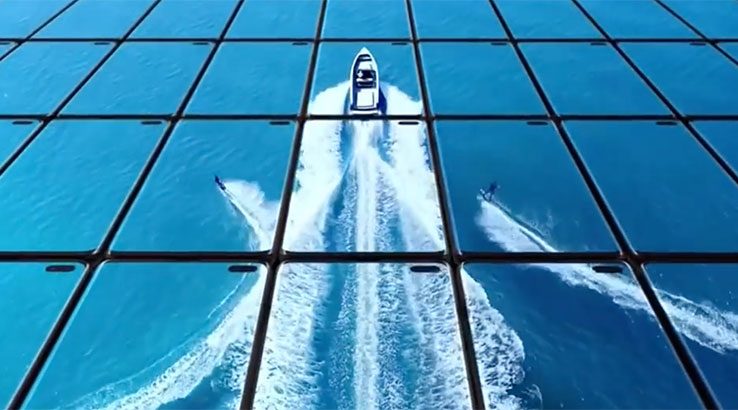 For example, you can use the Samsung Galaxy S10 app to securely send any amount of USD-pegged stablecoins to any other Galaxy S10 user (who's downloaded the wallet app), anywhere in the world almost instantly with near-zero fees. Sure you could previously do it with other mobile wallets, but not as easily or securely, and not through a Samsung app.

You shouldn't underestimate how much legitimacy this gives the app, and how much more easily the Samsung Galaxy wallet could be framed as a more general wallet and payment app than others.

It has a real need too. Transferring money internationally is still very expensive, even with more traditional mobile money apps, and regulatory and banking issues mean fiat wallet apps tend to have limited ranges of countries, restrictions on amounts which can be sent, and much higher overheads thanks to needing to use an entire company to act as an intermediary.

But now you can send transparently USD-backed money directly peer to peer without any intermediaries or obstacles other than the blockchain, and this feature is very near at hand for all Samsung Galaxy S10 users. How jaded do you have to be to not consider that utterly cool?

Of course a lot of people are disappointed that you can't send Bitcoin, but ERC20 stablecoins are obviously just much more practical for payments. Plus, actively avoiding explicit links to Bitcoin are probably a better way of getting more people to experiment with cryptocurrency. Throwing Bitcoin up front and centre is just asking for people to dismiss it as "one of those Bitcoin things" without exploring any further.

It's also worth noting that a lot of time and effort is believed to have gone into the Galaxy's initial showcase cryptocurrencies. According to various sources, Enjin was involved with Samsung for at least 6 months prior to news breaking. This sentiment was echoed by Cosmee CEO Howon Song who said "we did dozens of meetings [with Samsung] to verify the model and technology".

The Samsung Galaxy S10 has a built-in hardware wallet, and in line with all basic common sense it has created a web wallet counterpart for separate installation. This web wallet comes with a varied and practical range of cryptocurrencies picked by Samsung, with room for plenty more. It has sensibly chosen to avoid Bitcoin, focusing instead on a more practical range of cryptocurrencies all built around the same token standard.