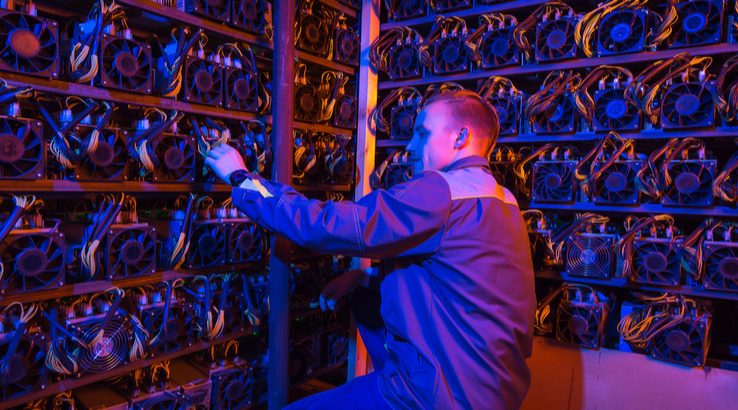 Nvidia and retailers can't stop GPU mining. Fortunately, the problem might end up solving itself.

OPINION: Some cryptocurrencies need a lot of computing power for effective mining. This is especially true of coins like bitcoin and Ethereum.

The vast majority of bitcoin hashing power now lies in the hands of ASIC miners and their overclocked warehouses, but GPU miners are still present in the mining pools, and in other coins.

Unfortunately for gamers or anyone else who wants a reasonably priced video card these days, the growing popularity of cryptocurrency has led to high prices and card shortages. The problem started with the most powerful top-of-the-line cards but then trickled down the price chain as those sold out.

Just 6 months ago, Nvidia CEO Jen-Hsun Huang's told the press: "Cryptocurrency and blockchain are here to stay. Over time, it will become quite large. It is very clear that new currencies will come to market. It’s clear the GPU is fantastic at cryptography. The GPU is really quite well positioned."

AMD took a more cautious stance, preferring not to willingly overexpose itself to the potentially fleeting mining market, but in the end having little choice.

But now Nvidia is looking to shift its focus more strongly towards its core market.

"Gamers come first for Nvidia. All activities around our GeForce products are for our core audience. We recommend our trading partners make arrangements to ensure that gamers’ needs are still met in the current climate," Boris Böhles, Nvidia's PR manager in Germany, told ComputerBase.

According to MCV UK, some retailers are:

Unfortunately, retailers are finding themselves just as squeezed as end users, and are themselves paying higher prices for a limited stock of video cards.

Reports suggest that the serious miners are purchasing wholesale, rather than filling their carts at (or above) retail prices.

MCV highlughts two solutions and the flaws of each.

Will the problem just solve itself?

Retailers and manufacturers are having trouble and no real solution seems to be on the cards. But eventually, the problem might solve itself on the cryptocurrency side of the fence. It's impossible to say for sure, but there are some signs that change will come in 2018.

Most of them come down to the fact that improvements are ongoing, and that no one really wants to blow a literal country's worth of electricity and processing power on a blockchain.

Bitcoin is an exception, not the norm. It just happens to have become extraordinarily valuable and in-demand on top of a system that was never properly designed to accommodate so much interest.

Rarity is high on bitcoin's list of important features. This takes the form of sternly controlled mining rewards to manage inflation.

Essentially the system automatically adapts to make sure inflation (mining rewards) and block creation time (which affects transaction speed and cost) continues predictably regardless of how much computing power or energy is put into mining.

Then it went and became extraordinarily valuable in 2017, at which point everyone started mining it. This led to a massive influx of mining power without any actual benefit to the network as a whole, because that's how it was designed.

With so much more computing power, energy and value pouring into bitcoin, mining quickly became an arms race. A single GPU quickly became just a drop in the mining pool, and people started to sweep the shelves clean. Even the largest mining conglomerates couldn't get enough power.

Because the bitcoin network doesn't actually benefit from getting more power, its appetite is essentially infinite. As long as the mining arms race continues, bitcoin's energy and computing power consumption will continue to grow.

The arms race has continued, and at the time of writing:

These objectively ludicrous statistics are intended to highlight just how anomalous bitcoin is compared to all other cryptocurrencies, and how much of an impact this coin alone is having on the demand for mining equipment.

There are several reasons this problem might largely solve itself in 2018.

So, just avoid frying your video card for the next year or two and you might be alright. Perhaps.