Half of millennials say cryptocurrency will soon be widely used 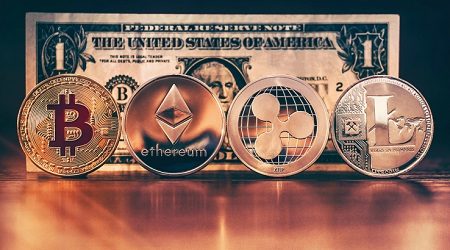 It makes a lot of sense, for a lot of reasons.

Millennials are keen on bitcoin and cryptocurrency in general, according to a recent YouGov survey. 44% of millennials (just under half) say they think it will be "somewhat" or "very" widely accepted in the next 10 years.

Curiously, 79% of respondents said that they were familiar with at least one type of cryptocurrency, suggesting that there's a reasonable number of people who have heard of some kind of cryptocurrency but don't know anything about bitcoin.

A new generation of money

While almost half of millennial respondents said that they think cryptocurrency will become widely used in the future, only a third (34%) of generation X respondents and 29% of baby boomers said the same.

Many experts see the millennial's widespread willingness to accept cryptocurrency as one of the key results of the survey.

It's a good result for crypto, says Nick Cowan, CEO of the Gibraltar Blockchain Exchange, because for obvious reasons younger generations are the way of the future. Next step? Institutional cryptocurrency investment opportunities.

"Overall, the results from the YouGov poll provide a positive indicator for the future of cryptocurrency," he said. "The fact that 48% of millennials would be interested in using a digital currency is a sign of things to come. This is important because, ultimately, the future of the global economy lies with the millennials, not the baby boomers."

"The fact that over three-quarters of Americans would be interested in using cryptocurrency as a primary means of exchange is a positive for the industry. It speaks to the future prospect of cryptocurrency going mainstream. What is required is private sector actors offering real-world services to unlock institutional investment opportunities so that the market can become truly viable."

Of course, millennials were the first generation to grow up with the Internet

It makes sense, says Manuel Martin, co-founder and CEO of Orvium, an open source platform for managing scholarly publication lifecycles. Younger generations have taken to the Internet in a way that older generations haven't, and millennials were the first to grow up with the Internet as a ubiquitous presence.

With that kind of groundwork, it makes sense that millennials would be much more on-board with the idea of a payment layer for the Internet itself.

"This survey clearly indicates cryptocurrencies are the future," Martin says. "Mass adoption of cryptocurrency is the next logical step for modern societies, they exemplify the next step for the payment layer of the Internet. As a peer-to-peer way of transferring value, the functionality of cryptocurrency is attractive to a person who grew up in a digital age with a tablet to hand at all times, this goes some way to explaining why 48% of millennials would be interested in using it."

They're also just plain useful, he adds, and it's hard to fight pragmatism.

"A striking advantage of cryptocurrencies is that they negate the need for the involvement of third-party actors or central authorities in the transaction process. This reduces barriers to entry, transaction times, security concerns and even privacy issues – all factors which will invariably lead to increasingly widespread adoption... It is important to note that cryptocurrencies represent more than meets the eye, they are flourishing ecosystems which have matured massively since bitcoin’s inception in early 2009."

Awareness is nice but understanding is nicer, says Thomas Schouten, head of marketing at Lisk, a blockchain applications platform that allows users to code and build in JavaScript.

"The stand out feature of this YouGov survey is the heightened awareness and openness to cryptocurrencies by millennials," Schouten says. "Acceptance by this core demographic is key to ensuring global adoption in the future. The survey shows us that the global leaders of tomorrow are aware and open to cryptocurrency but, saying that, there may still be some way to go in improving understanding of the real future utility of the underlying technology."

"Generally, most people seem unaware of the massive potential in this space and don’t realise that bitcoin and Ethereum are only the tip of the iceberg. It is safe to assume that these cryptocurrencies are noted in the survey more for their price spikes than their assumed future potential. Alongside investment in research and development, the blockchain industry needs to continue investing in education, as this will help move the discussion on from profitability, to the more important talking points around the potential of the technology."

A reflection of cryptocurrency upsides as much as traditional market downsides

Rafael Delfin, head of research at Brave New Coin, a leading blockchain and crypto data and research company, says the shift is a very natural response to the market realities faced by millennials. 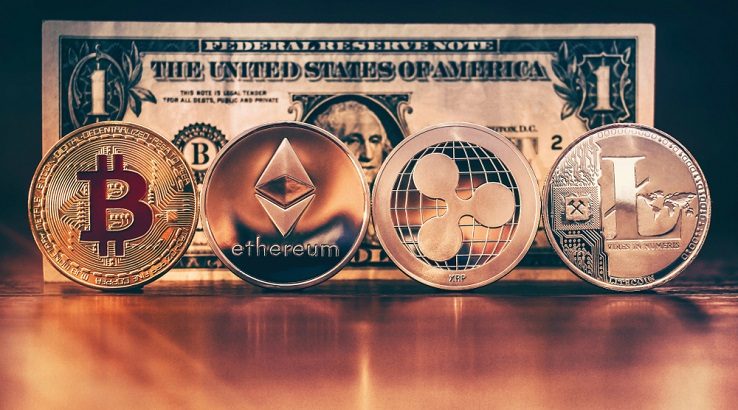 "YouGov's survey findings are a reflection of a number of trends among adults," Delfin says. "Mainly of the high barriers to entry to both capital markets that produce returns and the public institutions controlling their legal tender."

"Together with the lack of trust in traditional financial institutions, the importance of an apolitical, borderless and censorship-resistant form of cash is becoming increasingly clear to a mostly global generation."

"This applies not only to urban dwellers but also to rural-based millennials who traditionally have lacked access to competitive banking services. The main takeaway of this survey is that as baby boomers captured the gains of the stock market during the past 30+ years and now will start to cash out for retirement, young adults are turning to a new paradigm that both resonates with their values and has a significant upside potential for performance gains."

Dogecoin is the 20th richest cryptocurrency by market cap at the time of writing. Meme culture has a lot to answer for. But crypto culture, as it were, definitely skews young, notes Nydia Zhang, co-founder and chair of the Social Alpha Foundation, a non-profit grant-making blockchain-for-social-good platform. This might go a ways towards explaining how cryptocurrency speaks to millennials more than older generations.

"Almost half (48%) of millennials say they would be interested in using cryptocurrency primarily. This is interesting and reinforces how the crypto community and culture has a bigger impact on the younger generation."