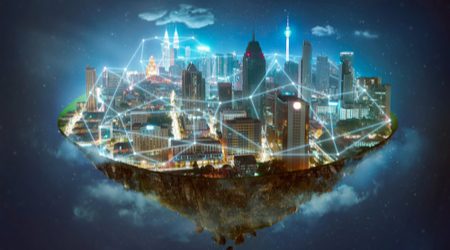 Elastos has become the world's first cryptocurrency network to achieve a node count of 1 million… kind of.

It's an extremely rapid phase of expansion for the project, sort of, and the arguably monumental success of its recent node rollouts have cemented Elastos's status as one of the world's most giant-ish cryptocurrencies around… maybe.

A 1 million node count stands in sharp contrast to bitcoin and Ethereum, which are both around 10,000 nodes.

The first caveat though is that Elastos doesn't yet have 1 million active nodes. Rather, it has just shipped them in the form of the Elastos TV box. Still, it's seen a remarkable uptake rate with slightly over 400,000 of them now being live and online.

The next caveat might be that of those approximately 400,000 live nodes, over 400,000 are in China. The second highest node count is found in Japan, which has only 218 nodes. It's not exactly a decentralised global network. Still, it's a by-the-numbers level of real-world adoption that any other cryptocurrency would be envious of.

It's also worth noting that Elastos's nodes aren't quite like others. Specifically, the nodes rolled out in the TV boxes are carrier nodes and are designed to carry traffic between each device as part of a decentralised-esque global Internet network.

What do you do with a million nodes?

So what do you do with over 400,000 network carrier nodes in TV boxes?

You push the advantage, Elastos CEO Rong Chen says. The next step is to introduce dapps to populate the network and to offer users benefits they can't find on the traditional web.

"Our developers plan on leveraging this first mover advantage to not only deploy new features within the network, but also to rapidly onboard new people into the movement," he said.

Along the way, the goal is to ensure users on this network can keep meticulous possession of their own intellectual property and digital assets through the Elastos Decentralised ID (DID) side chain. This imbues individual users and digital assets alike with unique digital identifiers.

Essentially, the Elastos network aims to allow for the creation of non-fungible digital assets. For example, if you own a movie on the network, you might choose to lend it to a friend and could even charge a little fee to be paid in the Elastos token, at which point the individual movie itself can "travel" from your TV box to your friend's. Then you wouldn't be able to use it until they returned it.

This kind of system opens up a lot of brand new ways of enforcing DRM rules and stopping people from pirating content. Excitingly, it may also allow for the individualised tracking of all media running through the network.

Someday, it might be possible to permanently stamp out all unwanted content from the network by uniquely identifying each individual piece of content. This can help prevent the spread of offensive media on the network.

Meanwhile, the use of unique digital identifiers for individual users means it might be possible to meticulously track what kind of media people are consuming and how much of it. China's incoming blockchain regulations require blockchain users within the country to be personally identifiable, among other things, so one can reasonably expect the state to be able to get a clean bird's eye view of all users on the network.

"Once users realize that they can participate in the web's next evolutionary stage by simply turning on a switch with a remote, they’re infinitely more likely to be interested in what Web 3.0 has to offer in the context of the dangers plaguing our current web landscape," Chen said.

If the technology proves effective, it might one day be rolled into a much wider range of devices, allowing much more granular tracking and control over every individual piece of digital media and the habits of the individuals who consume them.

When this meticulous media tracking is integrated into wider punishment/reward systems like China's social credit score, you have an incredible way of moulding the behaviour of people on an enormous scale.

Non-fungible tokens, digital identities, tokenisation and the other promises of blockchain have a lot of potential, but it can cut both ways.

It's still exciting though. Anyway, we're kind of already there.