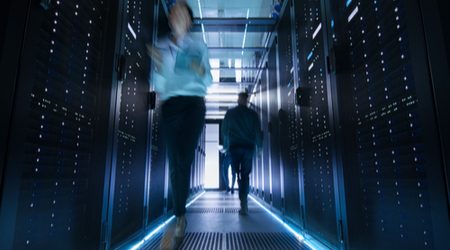 Proof of work is a highly centralised evolutionary dead end that no amount of anti-ASIC forks can solve.

When they work as intended, cryptocurrency mining machines basically print money, and generally a manufacturer will only sell them when that's more profitable than actually using them. According to David Vorick, who took a deep dive into the cryptocurrency mining industry with the creation of mining manufacturing company Obelisk, this means there are a lot of secret ASIC mining cards being put to work without seeing the light of the public eye.

Monero was one of the coins being mined on the down low, and in February 2018 it stepped into a hard fork in an effort to push back against ASIC mining. When the fork actually happened it created a slew of new ASIC-minable coins, and a firesale on old Monero mining rigs.

But according to Vorick, it was over a year late.

"My sources say that they had been mining on these secret ASICs since early 2017, and got almost a full year of secret mining in before discovery. The ROI on those secret ASICs was massive, and gave the group more than enough money to try again with other ASIC resistant coins," he says.

"It's estimated that Monero’s secret ASICs made up more than 50% of the hash rate for almost a full year before discovery, and during that time, nobody noticed. During that time, a huge fraction of the Monero issuance was centralizing into the hands of a small group, and a 51% attack could have been executed at any time."

This might explain the 51% attack that hit Electroneum (a Monero clone) on April Fool's day.

At this point, I think it's safe to assume that every Proof-of-Work coin with a block reward of more than $20 million in the past year has at least one group of secret ASICs currently mining on it, or will have secret ASICs mining on it within a few months."

All roads lead to ASIC

Proof of work cryptocurrency is always going to be a centralised ASIC-dominated affair, Vorick says. The secrecy, amounts of money involved, power imbalance in the chip manufacturer's favour and just the nature of the technology means it will always be profitable to keep up with coins, even if they fork for ASIC resistance.

One common misunderstanding, he explains, is the notion that chips are an all or nothing affair – either highly specialised like ASICs or very flexible like CPUs – when in fact, it's more like a sliding scale between the two extremes of specificity and flexibility.

The best option for almost any application is at either end of the scale. After all, you don't start making a chip more application-specific unless you have a specific application in mind, at which point you might as well go all the way.

But for a chip that can keep up in the arms race against anti-ASIC forks, this middle ground offers a lot of opportunity.

Monero, for example, followed up its hard fork with plans to continue adjusting its mining algorithm every six months in the hopes of deterring ASIC manufacturers from trying to keep up. The idea is that by the time a manufacturer manages to design and produce a viable ASIC chip for the new algorithm it will be made useless by the next fork.

However, a middle ground ASIC might be flexible enough to follow the coin several forks down the road, while still being massively more powerful than GPU and CPU miners. This bumps the product lifecycle up to a year and a half or two years making it extraordinarily profitable again. And even if it doesn't, there's still enough money to make it worthwhile.

"Monero’s hardfork appears to have been successful in shaking the ASICs," Vorick notes. "I don’t believe that the ASIC designers attempted to build flexibility into their ASICs, but now that Monero has announced a twice-annual PoW change, we may see another round of secret ASICs with more flexibility."

"My strong guess is that Monero is going to have another round of secret ASICs built, and that these ASICs will be more conservative and flexible, attempting to follow the hard forks that Monero puts out every six months."

And even if things do go wrong, the potential for asymmetrical returns means the successes more than pay for the failures.

"The block reward for Monero is high enough that even if you think you have only a 30% chance of your ASIC surviving the PoW hardfork, it’s more than worthwhile to pursue a hardfork resistant ASIC," Vorick says.

The defining characteristic of secret ASIC miners is that they are secret. This makes it hard to grasp the extent of the problem or put all the pieces together.

But it's clear, Vorick says, that manufacturers have an enormous home ground advantage and could make more from mining with their own equipment than they do from selling it. The most lucrative sales don't necessarily see the light of day either.

All transactions tend to be weighted in the manufacturer's favour, and many of the chips to hit the market will be part of an old batch that the manufacturer is no longer mining with.

Vorick gives the example of a Decred ASIC miner manufactured by a company called Halong. The machines sold for $10,000 a pop, but after being "sold out," more than 50% of the mining rewards were collecting in a single Halong address.

"Our investigation into the mining equipment strongly suggests to us that the total manufacturing cost of the equipment is less than $1,000, meaning that anyone who paid $10,000 for it was paying a massive profit premium to the manufacturer, giving them the ability to make 9 more units for themselves."

The simple ability to acquire mining rigs for less gives manufacturers an inherent advantage over everyone else in the industry, and means they'll always be among the biggest fish around. By operating with the efficiency of a regular mining operation, they can then become almost untouchable.

The most significant takeaway might be that all proof of work cryptocurrency is extremely centralised and has been for years, and that there is no real way around it. Plus, if the mood takes them, ASIC manufacturers could probably launch a 51% attack on just about any proof of work coin they want. They probably won't though. There's no sense in killing the golden goose, and a stronger coin can attract higher equipment prices when the time comes to sell off their mining gear.

It's been apparent for a while that proof of work is an evolutionary dead end, where the big get bigger and can then use their size to centralise the system under a near monopoly. But without insiders like David Vorick, the secretive nature of the space has made it difficult to see just how far gone everything is.

On the bright side, it doesn't really matter. The fact that most PoW coins are susceptible to 51% attacks – and that Monero was for over a year – is a big screaming deal, but it's also fairly irrelevant. Most of the PoW basic cash equivalent cryptocurrency like bitcoin and Bitcoin Cash is entirely held aloft by make-believe (pretending it has value), so a little more pretending (that it's decentralised) won't hurt.

There's simply too much money and ideology invested in ASIC power, so the machines will keep chugging along and printing imaginary money for the foreseeable future. Like most other awkward realities of bitcoin, this is an inconvenient truth to be ignored, not a problem to be solved.