Cryptocurrency is for Wall Street, not main street 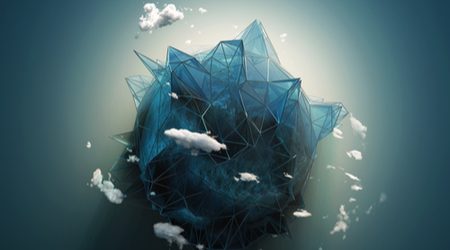 Mass adoption isn't what it seems. Cryptocurrency will take over without most people ever touching it.

Ask someone what they think about cryptocurrency and they'll tell you about bitcoin prices.

"Cryptocurrency is a misnomer and is a typical bubble, which is always based on some kind of misunderstanding," George Soros said at the Davos World Economic Forum in January 2018. "Bitcoin is not a currency... It's a speculation. Based on a misunderstanding."

Now, just a few months later, Soros's investment fund is ready to get some cryptocurrency exposure.

"We wanted to partner with this team that has been making investments and actually helping to architect a number of different crypto economies and crypto token-based projects," said Venrock partner David Pakman. "There are a lot of crypto traders in the market. There are a lot of cryptocurrency hedge funds. This is different. In fact, to us, it looks a little bit more like venture capital."

Much like some of the early blockchain-focused venture capital funds, Wall Street is learning that many cryptocurrencies are evolving projects, rather than just speculative assets.

This realisation is fundamental to anyone's understanding of cryptocurrency and underpins the strategy of most dedicated blockchain investment firms that have always seen digital currencies as solutions, rather than just coins.

Pantera Capital, for example, might be one of the world's best-known blockchain investment firms. Recognising future potential, it poured money into bitcoin in 2013 and enjoyed staggering success. But since then, it's taken a hard pass on well-known projects like the hyped-up Telegram ICO, citing the project's outsized price tag and lack of technical details, and instead put millions into low-profile solutions like the Codex Protocol. And recently, Pantera Capital founder Dan Morehead said that the institutional money would soon recognise the potential of cryptocurrency.

Once a trader realises that cryptocurrencies are living projects rather than static assets, everything suddenly shifts into focus.

Unfortunately, this still isn't apparent to main street traders and might not be for some time.

Cryptocurrency is for Wall Street.

"The sorts of coins that have users buying into them are the coins where people are using it because there's some sort of value being created right now," said James Nguyen of Anti Hero Capital, a startup that focuses on long-term investment advice in the cryptocurrency space. "All they really care about is that the cryptocurrency is still innovating and creating and giving them value for the purpose it was invented. Those are the ones that stand to appreciate over the next 12 to 24 months."

Unfortunately, most individuals just don't have the time or inclination to research nascent technology, manage multiple wallets or dig deeper than the best-known coins. This inevitably means most individuals end up getting disillusioned, often before they even get started.

The less well-known coins are less susceptible to short-term market volatility, Nguyen notes, because holders usually have a better understanding of the project they're holding and what it aims to achieve.

Unfortunately, buying into these promising projects usually involves going through bitcoin or Ethereum first. This alone is too technically intimidating for many and means mandatory exposure to the coins popularly known as a kind of uber-volatile drug money. This isn't a problem for well-staffed, well-informed and well-funded venture capitalists, but it's a bridge too far for the person on the street.

To make matters worse, cryptocurrencies often become victims of their own success. Little-known projects can enjoy stability, but once a coin enters the spotlight, it quickly gets traded and treated as a highly speculative coin rather than a living project and usually gets bandied around with a good deal of hype.

Institutions, however, don't reactively "FOMO" into projects. Those gut feelings are for main street traders only. Unfortunately and paradoxically, the worst projects usually make the most-desirable tokens and tend to crash as soon as they release a viable product. This sees main street speculators getting burned at a much higher rate than the institutional money and sees them often writing off cryptocurrencies as a whole.

Most investment firms can appreciate the value of examining promising cryptocurrency projects, but it's possible that most individuals never will.

The trouble with ICOs.

For individuals that can overcome these problems, ICOs are the way into nascent projects, but they're also at an extreme disadvantage next to Wall Street money.

First, you have all the scams. An individual typically doesn't get to meet project founders with an in-house technology expert at their side, but an institution can afford to vet each project thoroughly. Scams have siphoned hundreds of millions of dollars out of the market from individual traders and doubtless turned some people away from cryptocurrency permanently, while leaving institutional money untouched.

Second, you have the trouble of pre-sales coupled with US regulations, which restrict many token offerings to accredited traders and institutions only. These regulations are intended to protect retail traders, but in some ways have the opposite effect. Pre-sales can give big discounts to institutional traders, who can then flip a portion of their tokens to cover costs as soon as they hit the open market.

A company that buys in the pre-sale stage at 33% of the ICO price (not uncommon) can just sell off a third of their tokens once it hits the market. This covers their initial expenditure and still leaves them with a sizable holding in the project. It's a lot like free money.

However, individuals typically cannot do this. Pre-sales are usually restricted to institutions or wealthy individuals with the right connections, and the state of regulations in the USA means ICOs in general are increasingly off-limits to main street traders. In many cases, the average individual can only buy into a project once the token hits the market – at several times the price per token that an institution pays. This fundamentally changes the entire risk-to-reward ratio. Main street and institutional traders can look at exactly the same project and see a completely different projected return.

What will it take?

Smart contracts, distributed ledger technology and all the other developments arriving in the wake of bitcoin are inevitably going to shape the future. At the same time, it's quite possible that the average person on the street will never own a satoshi, and that cryptocurrency mass adoption has nothing to do with buying a cup of coffee with bitcoin.

Either way, projects will be undertaken, products will be created and then they'll hit the market. Like most groundbreaking technology, these projects will contribute to making the world a more efficient and more prosperous place, while making a lot of people a lot of money along the way, with a natural bias towards those who started off with a lot of money.

Whether that money is backed by a central bank or by a digital ledger, or by some combination of the two, remains to be seen.