What Aldi got wrong (and right) about frequent flyer points 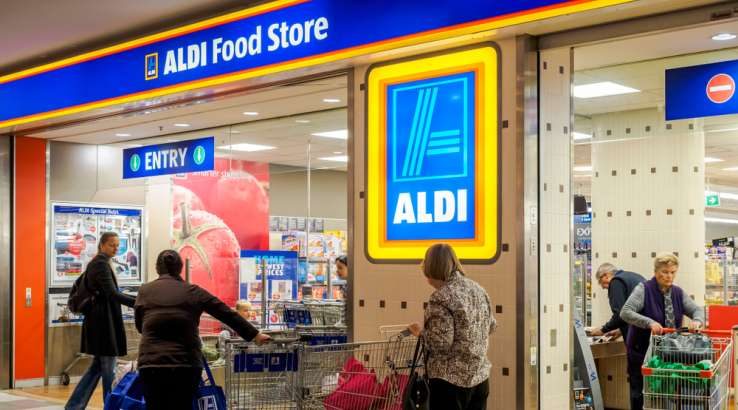 So over the weekend Aldi, the German discount supermarket chain, launched an ad campaign suggesting shoppers "don't get sucked in by pointless points".

Around 12.1% of Australian shop regularly at Aldi, Roy Morgan figures suggest. That's well below Woolworths (32.2%) and Coles (28.8%). The rivalry between the chains is fierce, and that's reflected in how store-brand product pricing is generally the same across all three.

But while Woolworths has Woolworths Rewards and Coles runs flybuys (at least until it's launched as a separate company), Aldi doesn't have any loyalty program. That's quite deliberate. "It's not a mistake that the words 'loyalty' and 'scheme' are used together as they are a scheme; there is some sort of manipulation going on," Aldi's head of customer service Adrian Christie told news.com.au.

Aldi's clearly not a neutral source, but does that mean its criticisms are valid? Yes and no.

It's true that with standard earnings levels of 1 point per $1 spent, it takes a long time to accumulate enough points to score a large reward. Aldi cites the extreme example of needing to spend $15,000 to score a Tefal frying pan. Spending your points on consumer goods doesn't offer a very high level of rewards (and I don't recommend it).

However, the reality is that you have to buy food anyway. The average Australian household spends $243 a week on food, according to the ABS Household Expenditure Survey. Over a year, that means you'll earn a potential 12,636 points from supermarket shopping. That's not counting points from other stores or bonus points offers.

However you earn them, the real key is how you use those points. The default option at both chains is that you get $10 off a supermarket shop for 2,000 points. So for the average family, that equates to $60 off over a year. That's higher value than the frying pan, but there's still a better way.

As a fanatical traveller, I always convert my supermarket points into frequent flyer points instead. At Woolworths, 2,000 points convert to 870 Qantas Points; at Coles, 2,000 flybuys points convert to 870 Velocity Points. By spending those points wisely, either on flights which are high-priced or on upgrades, I can easily get $20 or more value for each 1,000 airline points.

Checking just my Qantas account, I can see that 6% of the points I've earned in the last year came from "shopping", while 33% came from "food and wine". The latter includes lots of points from Qantas Wine. So while I'm still earning more from flying and points from my credit card, smart shopping is boosting my total.

The one thing you should be careful about? Signing up for one of those personalised offers where you'll score bonus points for spending $100 a week over several weeks, and then buy stuff purely to meet those totals, rather than because you need it anyway. Typically, the totals in these offers are higher than your regular spend, so you need to plan carefully to make sure these deals actually work for you.

Research by finder suggests that 36% of shoppers say they spend more because of loyalty schemes. That's not the best way to save money and score flight rewards. Shop around carefully, grab bonus supermarket points when they make sense, transfer your points into a frequent flyer scheme and plan to spend those points for maximum value.