Why blockchain is the future for frequent flyer points 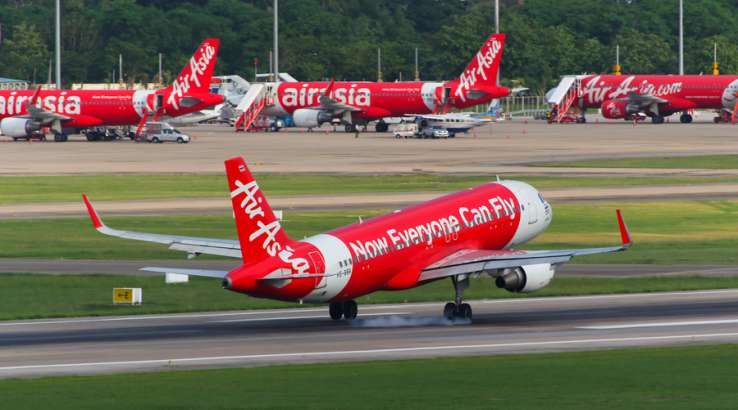 Singapore Airlines and AirAsia are leading the charge to create wallets and currencies.

Frequent flyer points are a valuable currency in themselves, but airlines are increasingly looking to the world of cryptocurrency and blockchain to form the backbone of their frequent flyer schemes.

Discount carrier AirAsia last month confirmed that it is looking to develop its own cryptocurrency, BigCoin. The name echoes the airline's loyalty scheme, BIG Points, while the fact it also sounds similar to bitcoin, the best-known cryptocurrency, presumably doesn't hurt either.

AirAsia CEO Tony Fernandes told Nikkei Asia Review that it expects to convert passengers' existing BIG Points balances into BigCoin. It will also quote flight prices in BigCoin on its site, as well as offering the ability to use the cryptocurrency to pay for upgrades or in-flight services like meals. In the future, AirAsia also expects the currency might be usable with other partners, such as hotels and tour operators.

How quickly that will eventuate remains to be seen. Fernandes told the site that AirAsia expected to be quoting prices in BigCoin by April, but that hasn't happened as of this writing. Nikkei Asia Review also appears to have removed one story discussing the scheme from its site, suggesting that the plans aren't fully locked in.

However, even if the BigCoin vision was announced prematurely, AirAsia isn't the first carrier to have explored this path. In February, Singapore Airlines revealed plans to develop a blockchain-based wallet for members of its KrisFlyer scheme. The wallet will allow KrisFlyer members to spend their points at selected retailers in Singapore. (Chances are that will be a less valuable way of spending the points than using them for flight redemptions, but that's another issue.)

There are two main reasons why airlines find the notion of blockchain and cryptocurrencies appealing. Notably, the fact that some speculators have made big money from the current wave of cryptocurrency mania isn't one of them.

Firstly, blockchain provides a mechanism where transactions can be readily tracked by multiple parties, but can't be easily altered or falsified. That's a key requirement for frequent flyer schemes, which typically involve tracking points from multiple sources: the main carrier, codeshare partners, credit card partners and others.

It's not unheard of for points from anyone other than your main carrier to take weeks to show up on your balance. Shifting to a blockchain-based system could help alleviate that, allowing points to be credited much faster.

Note that in this scenario it isn't necessary to actually create a new cryptocurrency. The key benefits come from blockchain itself. An airline could choose to launch its own currency (as AirAsia is contemplating), but could also take the Singapore Airlines route and simply use the technology to streamline its own processes.

The second key benefit for airlines is that working with cryptocurrencies can help them deal with fluctuations in the values of different currencies. For airlines operating internationally, this is a key consideration. Currency movements can have a big impact on profitability. That issue would be particularly pronounced for AirAsia, which operates a series of companies for the different Asian markets it flies to.

Again, this doesn't necessarily mean creating a new cryptocurrency. Airlines could reap some of those benefits by using an existing coin. What's clear is that it's an area that carriers are keen to explore and that regular fliers should benefit from faster and more efficient points programs. Bring it on.