What are franking credits and how do you calculate them? | Finder

What are franking credits and how do you calculate them?

Everything an investor needs to know. 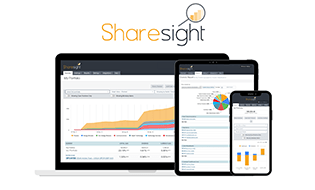 Franking credits get a lot of attention, especially around election time, but what are they and how do they impact Australians? Read our comprehensive guide on how the franking credits system works in Australia and how it can benefit shareholders.

What are franking credits?

When you buy shares in a company, you may be eligible to receive a slice of its profits, which comes in the form of dividends. Dividends are offered twice a year and are calculated as a percentage of the total value of the shares held by the investor.

Why do investors get tax credits? The reasoning is that because company profits are already taxed at the corporate rate of 30%, investors shouldn’t need to pay income tax for a second time on the dividends they receive. To avoid double taxation, franking credits are offered to reduce the tax bills of shareholders by the amount that has already been paid by the company. However, there’s another side to the story.

In 2001, the John Howard government introduced cash refunds on excess franking credits. It meant that shareholders with zero tax owing got their credits converted into cash payments at the end of the financial year.

For example, if you’re retired and have no income to declare, you could receive franking credits for assets and shares you own. In this case, you may be able to receive your franking credits as a cash payment from the government.

Note: It’s important to understand that dividends are considered taxable income. So a tax bill on dividends can only be zero if held in a retiree’s SMSF or super fund or if the shareholder's total income is less than $18,200 (the minimal marginal tax bracket).

How to calculate franking credits

To understand how franking credits are calculated you need to understand the tax implications of dividends. Dividends may be fully or partially taxed at the corporate rate of 30% before going on to shareholders. These are:

When investors receive franked dividends they also get franking credits which represent what the company has paid in tax. If your marginal income tax rate is greater than the 30% corporate rate, you’ll need to pay the difference. If your tax rate is lower than that, you get a franking credit rebate which will either reduce your final tax bill or result in a cash refund.

Example of franking credits in action

There’s no getting around the fact that franking credits are complicated. The easiest way to understand how they work is through a simplified example.

*Income on assets held within an SMSF are tax-free until $1.6 million within retirement phase and taxed at 15% in accumulation phase.

How do franking credits benefit investors?

The current franking credits policy benefits all share investors to some degree, but the biggest beneficiaries of cash refunds are retirees and self-managed super fund (SMSF) holders, since SMSFs are taxed at 0% when in pension phase and 15% when not.

Using the scenario above, if a retired SMSF holder receives $1,400 of fully franked dividends, they would get a $600 cash refund.

For this reason, SMSF holders benefit by investing in companies that offer fully franked dividends. Rather than selling their shares to gain a profit, shareholders can earn an income solely from dividends with the additional bonus of franking credits. Using this strategy, they may never need to sell their shares.

While investing in dividend-paying companies may be useful under the current franking credits policy, things could change depending on the whims of the government. For this reason, investors are cautioned not to rely too heavily on this investment strategy.

Why is it controversial?

The Labor government has long argued that the franking credit system is a loophole for wealthy investors. The opposing view is that many retirees aren’t wealthy and rely on franking credits as a key source of income. Regardless, analysts estimate that franking credit refunds cost the economy around $5 billion a year.

While most countries offer some kind of tax relief on dividend payouts, Australia’s system is unusual because it allows imputation credits to be converted into cash. In contrast, New Zealand offers imputation credits but they can only ever reduce a shareholder’s tax bill to zero.

Labor has proposed Australia revert back to its pre-2001 policy (which mirrors New Zealand’s), where franking credit refunds outside of superannuation are ditched. The issue is particularly poignant for the SMSF sector because under this plan, SMSF funds won’t be eligible for refunds while regular super funds will.

You can read more about setting up an SMSF in our comprehensive guide.

Kylie Purcell is the investments editor at Finder. She has a background in business and finance news with her work featured on sites including Yahoo Finance, Sky Business and the Adviser Magazine. She held previous roles at SBS, Your Money, TVNZ, CTGN, Switzer Group and Momentum Media. Kylie has a Masters in International Journalism and a Graduate Diploma in Economics. She is currently working towards ASIC RG146 compliance certificates for Financial Advice and Securities and Managed Investments. When she's not writing about the markets you can find her hunting for a good travel bargain.

3 of the biggest up-and-coming industries for investors and how to access them How did Dick Smith get $500,000 in franking credits?