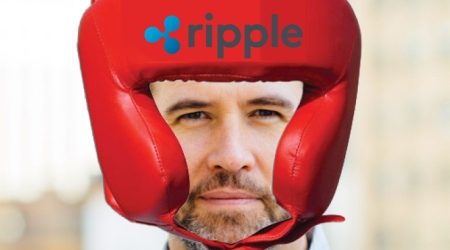 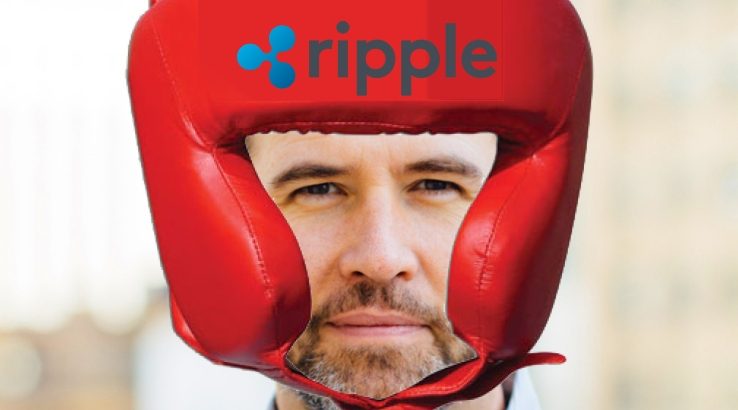 As speculation about Ripple’s future use by banks as a foreign exchange solution turns sour, Ripple CEO Brad Garlinghouse fights to turn the tide.

What a month it has been for Ripple. At the turn of the year, it was the darling of the cryptocurrency world. Its price rushed up to US$3.79 and its market cap passed US$146 billion. Then it dived. And dived. And dived. At the time of this writing, the market cap is down to just US$34 billion, and the coin is worth only 87 US cents. And dropping. Hold on for dear life indeed!

Fear, uncertainty and doubt flooded the community when the rumoured arrival on major exchange Coinbase didn’t eventuate (although we’ve reason to believe it’s simply been delayed) and a number of unconfirmed leaks began to emerge suggesting it was failing to meet its core objective. That objective is to replace archaic wire transfers and SWIFT payments and become the fastest and cheapest means for banks (and therefore individuals) to exchange currencies across borders.

Of course, there’s no proof either way, but where there is smoke there is FUD and Ripple is working hard to repair trader confidence. At last week’s Blockchain Connect conference in San Francisco, Ripple CEO Brad Garlinghouse hit the stage and hit out at the doubters. Finder was in the crowd and captured the moment.

“About 20 years ago I was the CEO of a VOIP company called DialPad and I sat in a room with Randall Stevenson, who is now the CEO of AT&T. Randall Stevenson said to me, ‘AT&T will never use IP for voice.’ I thought, ‘that’s ok, there are lots of periphery things we can solve.’ But, now, AT&T’s entire network is IP. So when I hear people say banks aren’t going to use digital assets, I [think of] Randall Stevenson saying AT&T is never going to use IP. A bank will use a product that helps them deliver a better product to their customer if it reduces their cost and it solves a real problem.”

“If you and I decide we want to [transfer] 10,000 pounds to London today, the most efficient thing to do in terms of speed is to buy an airplane ticket to San Francisco and fly it there. That’s a pretty crazy statement in a world where you can stream video from the space station, but you can’t move your own money from point A to point B. Ripple’s vision is [to ask], how do we take advantage of technology available today to dramatically accelerate the nature of how transactions and payments happen?” - Brad Garlinghouse, Ripple CEO

Ripple’s solution is to use the Interledger Protocol (ILP), a variation of the TCP/IP protocol used to connected decentralised computers to the internet that instead links decentralised payment protocols (ie banks) together. Its key benefit being that it allows for chain linking across multiple ledgers. Garlinghouse also used the stage to address concerns around that concept’s validity.

“Those that say, ‘hey everything is going to be on one ledger, maybe the bitcoin blockchain,’ [well] we just don’t think that’s’ going to happen. Instead we think about connecting ledgers in real time [and] interoperability between ledgers. So, if Cisco is building routers to TCP/IP, Ripple’s technology is building routers and connections to ILP.” - Brad Garlinghouse, Ripple CEO

Garlinghouse also went on to discuss how Ripple will solve the issue of nostro accounts. A nostro account is an account held by a bank in another bank. For example, an Australian bank may hold and an account in an American bank that is full of US dollars. This account is there so it can pay its users in US dollars in a speedier way than if it is drawn out or otherwise used internationally. Ripple has specific software, called xRapid, that does away with this requirement, which Garlinghouse argues will free up a lot of cash flow for banks. Therefore, providing another reason for banks to adopt Ripple’s tech.

“There are trillions and trillions in dormant capital sitting in these pre-funded accounts around the world. When I decide to work with you, I would put pounds in your bank and you would put pesos in my bank and then we’d use a better real-time settlement system. But what if I didn’t have to pre-fund those trillions of dollars around the world. Think about how much more efficient capital could be. We think it’s a major step forward.” - Brad Garlinghouse, Ripple CEO

So will banks adopt Ripple?

Of course, Garlinghouse’s position is one of bias, but he has a great use case scenario. This writer would have no hesitation in jumping to a bank who offered an immediate and relatively fee-free foreign exchange process. Despite its struggles, Ripple remains the third biggest coin in the cryptocurrency market, and has a leadership team behind it with the resources and contacts to drive momentum.

It’s worth noting that we have had a bank at the centre of the one of the controversies, BVAA, confirm that it is actively testing Ripple. But we’ve seen no confirmation of any bank adopting the technology for public use. It would seem that the majority of 2018 will see Ripple looking to bring on active users in the finance sector and to rebuild confidence in what its technology can achieve for companies and individuals engaging in the foreign exchange of FIAT currencies.