How oneworld connect will give you more points choices - finder.com.au

How oneworld connect will give you more points choices 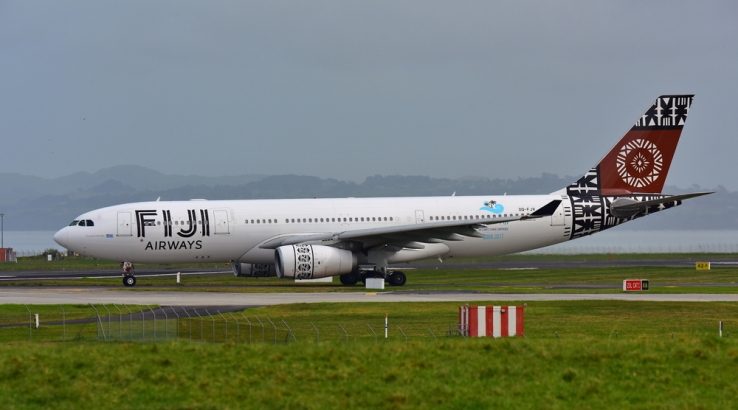 Fiji Airways is the first airline to sign up. Here's how everything works.

Frequent flyer alliance oneworld has announced a new level of membership, "oneworld connect", that will allow smaller airlines to join the network, and named Fiji Airways as the first oneworld connect member. How will that allow you to earn more points and fly with less hassle?

For Australians, oneworld is a big deal, since Qantas's status as a founding member means it's the most accessible of the major global alliances. There's no Australian member of Star Alliance, the other dominant global player, although Virgin Australia does have partnership arrangements with some of its key members. SkyTeam runs a distant third.

Currently, oneworld has 13 full member airlines. To join as a oneworld connect member, an airline must be sponsored by at least three members of the alliance. In the case of Fiji Airways, all four of oneworld's founding members (Qantas, British Airways, American Airlines and Cathay Pacific) have signed up as sponsors.

As a oneworld connect airline, Fiji Airways will offer all oneworld passengers with Emerald, Sapphire or Ruby status access to priority check-in desks, while Emerald and Sapphire customers will also have access to priority boarding. (Within Qantas, Silver equates to Ruby, Gold equates to Sapphire and Platinum/Platinum One equates to Emerald.) As well, Fiji Airways will also make its flights available as part of the oneworld Global Explorer around-the-world ticket.

Passengers who are a member of one of the sponsor airline partners will receive additional benefits. The following are the most notable:

The important difference here is that connect airlines won't have to offer the full menu of lounge access, priority check-in, through luggage or rewards redemptions to every member airline within oneworld. Instead, they can focus on airlines in their region or that they see as strategically valuable partners.

Why do this? The reality is that most major global airlines have either joined one of the major alliances or are determined to avoid full-alliance partnerships. Emirates is a representative example: it has an extensive partnership with Qantas that was renewed last year, but it isn't part of a multi-airline alliance.

That means that the best way for alliances to attract new member airlines and offer more options to customers is to sign up smaller regional airways, such as Fiji Airlines. Realistically, those airlines might not want to go through the hassle and expense of offering points availability and lounge access for every one of the current members of the oneworld scheme. Adding the connect level of membership means that joining is potentially less of a burden.

"In the future, oneworld will target as full members large airlines that have a significant presence in the alliance’s prime target market, providing connections between the world’s leading business centres," oneworld chairman and Finnair CEO Pekka Vauramo said. "Meantime, oneworld connect enables us to bring together more airlines to complement the alliance’s global leaders, so customers can earn rewards and feel recognised while travelling even further."

There's still a lot we don't know. The date when Fiji Airlines will formally join hasn't yet been announced, and until that happens we won't be able to assess the opportunities for earning points or the availability of awards. The airline already has some codeshare arrangements with Qantas, Cathay Pacific and American Airlines, and those will remain in place.

There's also no indication of when other airlines might join, though the alliance says it is in discussions with airlines in Europe, the Americas and Asia-Pacific. Potential local members might include Air Tahiti Nui, which already offers Qantas Points redemptions, or Aircalin.

Having more points earning options for trips to Fiji is a welcome development for Australian travellers.