The problem with the new $15 billion Melbourne Airport train plan 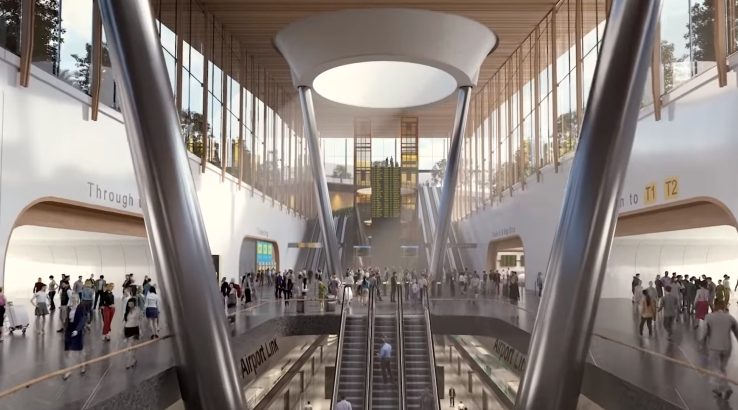 Promises of a 20-minute journey for under $20 deserve closer scrutiny.

When schemes for a train to Melbourne Airport officially firmed up back in April this year, I wrote up a summary of five ways those plans could be screwed up. The very first item on that list was not to copy the private-public partnership model used to build Sydney's airport train, which ended with the private part of the partnership going into receivership. My conclusion? "The key lesson: don't automatically assume that private companies can do a better job of running your railway service."

As such, I'm unsurprisingly somewhat cynical about a newly announced scheme from (of course) a private-public consortium. The AirRail scheme, which is backed by Melbourne Airport, Metro Trains and superannuation fund IMF, has outlined a plan that would see the whole project built for $15 billion. A third of that funding would come from the consortium, with the other $10 billion being contributed equally by federal and state governments. (That $10 billion has been locked in since the April announcement.)

For that $15 billion, we'd see 27 kilometres of new track, including tunnels between Southern Cross and Sunshine, which could be used by both airport trains and by new services heading further west to Ballarat and Bendigo as well as other locations. The airport station itself would be underground. As Melbourne has a unified set of terminals, only one station would be needed.

Construction would start in 2020, with completion around 2027. Services on specially constructed trains would run every 10 minutes during peak periods, with a promised cost of "under $20" for airport trips. That's extremely similar to what SkyBus, the current main public transport option to the airport, charges now.

So what's not to like? First, cynicism pays when it comes to estimated costs and launch dates for big railway projects. Sydney's current light rail expansion, for instance, is now running a year behind schedule and costs have blown out by more than $1 billion. London's Crossrail/Elizabeth Line project, which was subject to much more intense planning and scrutiny over a full decade, recently saw its launch date delayed by nine months.

Second, those plans are likely to change. Victorian premier Daniel Andrews told the ABC that he expected other private sector parties to want to get involved. Realistically, that doesn't mean an entirely separate consortium. After all, the two biggest stakeholders, the railway and the airport, are already signed up for this one. But if other businesses do get on board, contracts will become more complex and details will change.

Third, the final ticket price figures seem questionable. It's true that right now, the comparable city-to-airport services in Australia (Sydney and Brisbane) both charge (just) under $20 for a CBD-to-airport trip. But given inflation, I'd be amazed if that was still the case in 2027. (The media release rather sneakily says "less than $20 in today's prices".)

And does it provide value for money? Brisbane provides a better comparison, since, like Melbourne, its airport is not located near the city centre. At $20 a pop, in Sydney, once you have two people who need to head to the airport together, a taxi can often be cheaper and features less luggage hassle. That cut-off point will be higher in Melbourne.

Obviously, I'm a massive fan of trains, and as a regular user of Melbourne Airport, I'd take good advantage of the train if it happens. But I'm not going to look at the whole scheme through rose-coloured glasses. History shows us that the likelihood of the project (ahem) getting derailed is substantial.