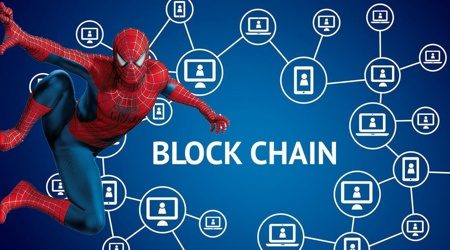 Gearing up for the release of PS4 exclusive Marvel’s Spider-Man, developer Insomniac Games casts its verdict on whether blockchain is the next big thing in gaming, and why Epic Games could lead the way.

The upcoming Marvel’s Spider-Man game, coming to the PS4 on September 7, is awesome. I spent a couple of hours playing it earlier this week and was really impressed. It’s sublimely polished, not only looking fantastic, but offering combat and movement that plays as smooth as butter.

It wasn’t a certified hit out of the bag, despite the promising partnership of Marvel and Insomniac Games. The developer did take a larger than necessary bite of this chunky project when it chose not to follow an existing Spidey universe. The new Spider-Man game presents an alternate take on Peter Parker and his alter-ego than we’ve seen before.

With an original story, it’s etching its own legacy into the Spider-Man canon, putting the project out there for potential trolling by the comic’s legions of ruthless fans.

Read More: "It's a longshot" - Insomniac talks chances of Resistance 4

Not that there will be much negativity. I’m satisfied – even from this early playthrough – that the creator of Spyro the Dragon, Ratchet & Clank, Resistance and Sunset Overdrive has nailed its goal of making you feel like you’re Spider-Man. Cinematic, epic, fluid, fun… I’ll stop gushing...

If you like the Batman: Arkham games you’ll love this. It’s as good.

After playing the game, I was able to catch up with James Stevenson, community director at Insomniac Games. He has been with the studio for 12 years, since the first Resistance released. As regular readers will know, I host a TV show called Video Games and the Blockchain (GxB), so I wanted to get James’ thoughts on the blockchain gaming space and how Insomniac Games is looking at it.

Below you will find the full conversation, and while he confirmed that the studio had not engaged in any blockchain experimentation with Spider-Man, he sure wasn’t short of an opinion on the tech. He declared current digital rights management systems as ancient and nominated blockchain as the obvious solution. He had a not so subtle dig at Steam and pointed to Epic Games and Fortnite as the best vehicle for ramping the technology into the mainstream.

It’s worth noting that finder previously broke a story regarding a new Sony patent for a DRM solution powered by the blockchain. The below then would appear to add more fuel to that fire: 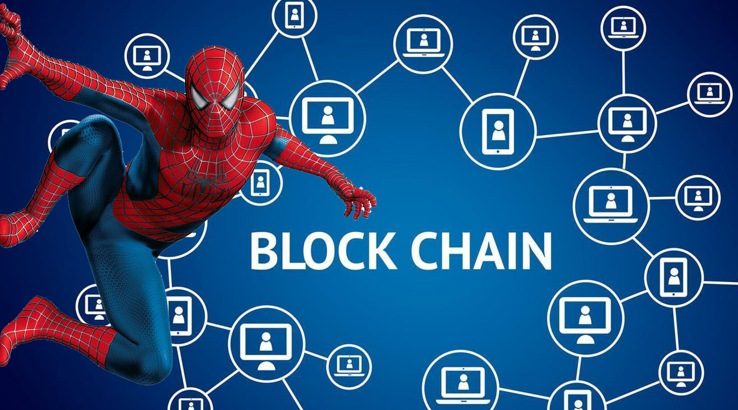 Have you guys been doing any experiments with blockchain technology at all?

James Stevenson: We haven’t been experimenting with anything blockchain for our triple-A games as we’re still very much a traditional developer who manufactures discs or sells through the PSN store. But I do think it is very interesting from the perspective of digital rights management. Now you can potentially sell games and through the blockchain have very easy rights management of the various copies. Not only that, but you can have the ability to pass a copy on very easily. So you finish a game, then you can sell it to someone else as the blockchain allows you to transfer those digital rights easily, quickly and securely.

Blockchain is very compelling because there are definitely certain gatekeepers, especially on the PC gaming side, who control a lot of digital rights management. It’s not something Insomniac would look into as we’re a game maker: we’re not about to build a gaming store. But we have a lot of people who are very interested – and also friends of mine – in those types of applications of blockchain.

I think blockchain is a transformative technology, but gamers don’t understand it. They see it as this weird crypto-coin thing, where people either make or lose a lot of money. But the actual practical implementation of it for managing certain data sets and creating ledgers is very, very interesting. I think developers are only scratching the surface at this point.

So there is an interest within Insomniac Games?

JS: I think it is more that we have guys who are interested in it from a “this is a new technology” perspective. But I’m not sure we’ve seen a way to apply it directly to a game like Spider-Man at this point. I do think from an industry perspective, it will be interesting to see if it can transform how digital rights are handled. The way people handle digital rights for games is so ancient. There are different ways people do it, but they’ve been doing it that way for years.

I think there is a big opportunity for someone out there to figure out a new way to do it. One that is secure, but also offers a lot more flexibility than we’ve had in the past.

It’s not just me saying that, look at all the start-ups looking for money at GDC this year. So many blockchain or blockchain gaming companies. It’s not just rights, but microtransactions, game currencies or the ability to win money. It’s just waiting for that one big game that implements it all really well. The game that allows you to do something cool with blockchain in a special way and so it catches on like a Rocket League or a Fortnite. Then suddenly everyone will take much more interest.

It could very well be Fortnite! Epic Games just signed a partnership with a blockchain start-up.

JS: Yeah, those guys are on the absolute cutting edge and Epic Games are primed to take advantage of something like blockchain given how quickly they iterate their content. Look at the directions they are taking storytelling. With Spider-Man, we’re making a very different type of game, but what they’re doing with Fortnite, wow. Look at that shared world and how it is interacting with the real world, as well as how quickly they are changing things in the game; the way they are doing eSports; all the different stuff you can buy.

It wouldn’t surprise me if Epic Games was the company that tried to have that first big blockchain game and to show how successful it could be.