How Gold status saved me when my flight was suspended Loyalty really does have its benefits.

The obvious perks of being a Gold or Platinum frequent flyer are access to nicer lounges, priority boarding, a better choice of seats and more points awarded when you fly. But it's when everything goes wrong that you really appreciate the benefits.

Last Tuesday, I was due to fly back on QF2 from London to Sydney via Singapore (my second time on that newly restored route this year). I got to Heathrow at 6pm, three hours before the service was due to depart. I always aim for a three-hour window for international flights and that proved to be a wise decision, because when I arrived, all the boarding screens were displaying SUSPENDED. Uh-oh. 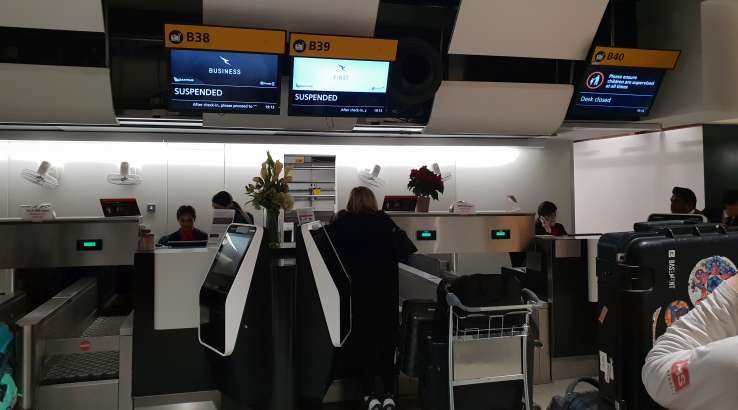 Qantas staff on the ground explained that the first officer for the flight had fallen sick. The airline was trying to find a replacement and wouldn't make a call on whether the flight would run until that happened. We could wait in the queue or come back later when the decision had been made. I chose to stay in the queue. It seemed unlikely a spare first officer would be found.

Indeed, an hour later, it became clear QF2 wouldn't run that night. So Qantas began trying to reassign as many passengers as possible onto alternative flights. What's the order where those seats get reassigned? First class passengers, then Platinum One, Platinum, then Business, then Gold, then Premium Economy, then Silver, then Qantas Club, then Economy.

There was only one Gold passenger ahead of me in the business queue. So while it took a while to work through the higher-status passengers, I was still relatively confident that there would be a seat around when my turn came, and that I might actually get on a flight that night. And so it proved: I was reassigned to BA15 from London to Singapore, then QF82 from Singapore to Sydney. That only arrived an hour later than my originally scheduled flight.

A quick train trip to Terminal 5 and I checked in. The security queues were way shorter than at Terminal 3, so I had time to chill in the BA lounge before boarding.

Most economy passengers wouldn't have been so lucky. Even assuming there were seats to spare on other services, there's a cut-off when it wouldn't be possible to get to another terminal and get checked in. Their likely outcome would have been a night in an airport hotel and then taking QF2, which eventually departed the following morning.

The lesson here? Higher status levels help when flights go wrong, because you'll get priority service. To achieve those higher status levels, you do need to fly regularly and stick with a single airline. You can earn points in lots of other ways (credit cards, purchases, shopping), but the only way to lift your status is to fly.

The other lesson? Be nice to the ground staff. It's not their fault that something's gone wrong and screaming at them is not going to get your problem solved.