Exclusive: Blockchain Terminal set to be the “Bloomberg of Crypto” for institutional trading 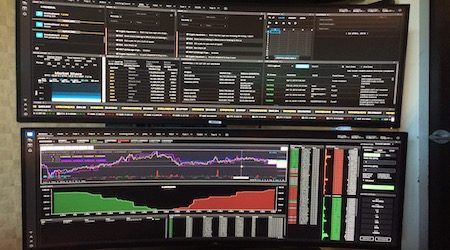 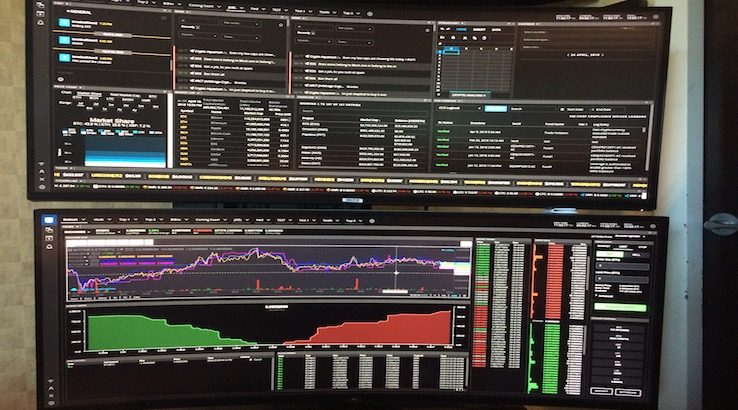 The all-in-one trading terminal, app store and compliance system is set to launch later this year by an experienced team acquainted with the needs of Wall St and hedge funds.

The Blockchain Terminal (BCT) is designed to give institutional-level traders the tools necessary to manage trades across multiple cryptocurrency exchanges from a single terminal as well as track market data, news, sentiment, chat and research. The team behind BCT boldly claim they are the "Bloomberg of Crypto", referring to the Bloomberg Terminal, which is considered the industry-standard trading terminal for traditional asset trading and is used worldwide.

Traditionally, trading terminals consist of two screens, populated by about a dozen or so windows that track everything from price data, current news, sentiment, market depth, buy/sell walls and trading tools. Essentially, it's all the things you'd find on an advanced exchange or TradingView, plus much more, all kept up-to-date and with features exclusive to each provider.

The team behind BCT hopes to be the first to do this in the cryptocurrency space by providing institutional hedge funds with the tools they need to enter the market and to manage assets in the volumes they're used to.

finder was invited to a private demonstration of the Blockchain Terminal as well as to a discussion with the team behind it, which includes Bob Bonomo, a former chief information officer at two major Wall Street firms. Bonomo explained that BCT began as an "app store for blockchain" traders, which transformed into the more comprehensive terminal.

The app store is arguably the backbone of the Blockchain Terminal and is what Bonomo explains will set it apart from competitors, should the likes of Bloomberg Terminal, or similar, catch-up to supporting cryptocurrencies. The app store allows developers to contribute to a suite of apps which users can then integrate into their terminal. While the Blockchain Terminal is still only in beta, and the standard feature set yet to be decided, some of the unique apps we observed included the following:

Apps are purchased using the platform's native token, which is also designed to incentivise developers, who receive a revenue split of 80% from app sales. The token is engineered to be a utility token, which powers the platform and is used to purchase and rent apps, store data and utilise applications. In addition to this, app developers must also stake their tokens in order to host an application on the server, which also earns them voting rights on how the remaining 20% of token profits are spent by the BCT team.

Bonomo explains that the token economics are meant to drive holding behaviour rather than speculative trading, noting that with the mechanisms they've designed, demand for BCT and its associated tokens should create an upward demand on tokens and influence price that way. Furthermore, a token burn was mentioned as one of the options token holders could vote for.

The aggregation of features such as market price, order books and liquidity are some of the other features that will appeal to traders looking for a comprehensive solution to trading. To ensure traders get the best price across exchanges, BCT uses Smart Order routing to fill a single order across multiple exchanges. The team claims that this is done almost instantly, with the exchanges latency being the only limiting factor.

All this is achieved through the use of a single pool of liquidity on each exchange – the BCT wallet. Users will have to first send their funds to BCT, which will entitle the trader to the respective amount of liquidity. That is, once funds are deposited to BCT, traders no longer have direct control over storage methods or wallet security. This is potentially a limiting factor in a marketplace that is increasingly looking towards decentralised exchanges for reasons of security and autonomy.

Among the other factors which may impact on the success of BCT is API support from exchanges. Exchange APIs have been known to cause issues in the past, affecting performance and speed, or in the case of Binance, outright security breaches. Threat also exists for BCT from existing institutional providers such as Bloomberg, who have already integrated limited cryptocurrency features into their terminal and could expand their feature set any day now.

BCT is shipping out 200 beta-versions of the terminal for testing over the next few months, with a planned launch for Q3. A retail version for entry-level traders is also expected to be released around the same time. Those who want to get involved with the project are encouraged to get in touch. Interested parties can also learn more by reading the white paper.