Big banks are closing their ranks to fintech 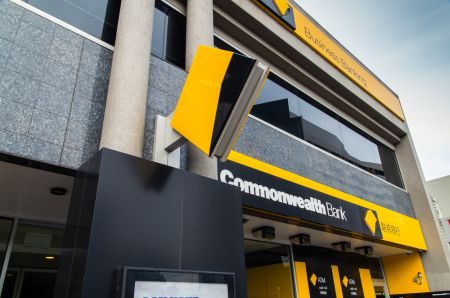 Australia's largest financial institutions are turning away from the fintech scene they have worked hard to embrace.

Australia’s largest banks have been turning their backs away from fintech in recent weeks, with the issue of data sharing again causing a rift between the established institutions and their tech counterparts.

A tumultuous few weeks fighting over Apple Pay has culminated in one of the Big Four turning its attention back to a different area of fintech.

At the end of July three of the Big Four banks – Commonwealth Bank, NAB and Westpac – along with Bendigo Bank and Adelaide Bank applied to the Australian Competition and Consumer Commission (ACCC) to obtain permission to enter into collective negotiations regarding access to smartphone payment apps. The agreement would allow the banks to negotiate with Apple to be able to use the Near Field Communication (NFC) chips on iPhones to enable contactless payments through their own apps.

Currently, banks such as Heritage and Commonwealth offer NFC payments through their Android apps, but Apple only allows NFC payments through its on app, Apple Pay. In a submission to the ACCC, Apple claimed that allowing banks to access the iPhone’s transmitter would compromise its security.

“Providing simply access to the NFC antenna by banking applications would fundamentally diminish the high level of security Apple aims to have on our devices,” Apple’s submission said.

“Unfortunately, and based on their limited understanding of the offering, the (banks) perceive Apple Pay as a competitive threat. These banks want to maintain complete control over their customers. The present application is only the latest tactic employed by these competing banks to blunt Apple's entry into the Australian market.”

Both sides claimed the other was trying to eliminate the competition.

In a submission, payments provider Tyro explained that the issue did not only affect the banks.

“Eliminating third-party access to the Apple NFC function is particularly effective in stifling innovation and competition because it is the only available and high-secure connectivity option that is ubiquitously available across the entire card payment infrastructure and terminal fleet.”

While the ACCC rejected the banks’ original submission, saying it needed more time to determine the legitimacy of their claim, the fintech battle has been continuing.

Commonwealth Bank has sent emails to thousands of its customers warning them against sharing their Internet banking logins and passwords with fintech providers. Australia’s largest bank provides protection against losses on accounts, but the statement said sharing passwords could potentially invalidate this protection.

This is not the first time the issue of password sharing has been brought up by one of the Big Four. In April, investment company Acorns accused ANZ of warning customers against sharing its details with the fintech app.

Acorns has again made its voice heard in this debate, accusing CommBank of trying to eliminate the competition.

“(CBA) cloaking with security messages is a way of being anti-competitive to the whole fintech industry,” Acorns Australia chief executive George Lucas told the Australian Financial Review. “It is strategically targeted at fintechs they now see are growing, and we are a major driver of that.”

Acorns, along with many other fintech companies, use third-party applications such as Yodlee and Credit Sense to access read-only copies of user’s bank statements. The data is encrypted and secure and used by banks and financial companies worldwide.

Despite the security of the data, banks are reluctant to endorse the practice of password sharing (some banks, including Westpac, are reportedly more lenient in their attitude towards it). While this is said to be for security reasons, the issue of eliminating the competition is often touted as the reason for the hesitation.

Back to “banks vs fintechs”?

While competition was at the top of fintech discussion in the early days, talk has turned to partnerships and collaboration as of late. The Big Four have all been actively engaging in innovation in some way and partnered with smaller fintech startups or established funds to invest in startups.

However, the latest rounds of fighting between both larger tech companies such as Apple and relatively smaller ones such as Acorns renews the debate that banks aren’t as comfortable in the new fintech environment as previously thought. Whether or not the arguments are smoothed over and the calls for data sharing are met remains to be seen.