Separating fintech from finance: Why we have fintech influencers 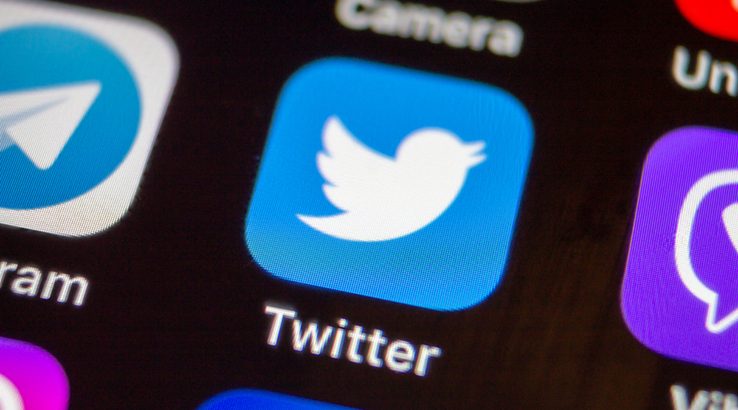 They're becoming more influential than ever.

In 2015, when fintech was well and truly in full swing, the first fintech influencer lists started appearing. While this is not when the influencers themselves started popping up, it is when the idea that they could be ranked, tracked and written about took hold. Fintech influencers have remained an important part of the fintech space since.

The rise of influencers within fintech is an interesting phenomenon for a number of reasons. These are not influencers in the mainstream marketing space, for starters. They exist in a category all on their own and do not operate in the same way that other influencers do. The last few years have also seen a rise in the number of ways to rank fintech influencers, categorise them and show people in fintech how to find and follow them.

But why does fintech have influencers in the first place and why are they becoming more influential than ever?

Fintech lists started appearing at the beginning of 2015. These lists were published from a range of sources including influencer software companies such as Onalytica, social advisory firm Jay Palter and fintech advisory MEDICI, and covered by publishers such as The Financial Brand. Finder also compiled a list of Australian fintech influencers in 2017.

The reasoning behind publishing these lists varied. For example, when reporting on Jay Palter's fintech influencer list, The Financial Brand said that by following those listed on social media "you'll always be aware of what's going on".

"At the start of each year, the banking industry is bombarded with lists," said co-publisher of The Financial Brand Jim Marous in the 2019 Top Fintech Influencers story. "From trends and predictions to 'best-of' lists, it's hard to consume them all. The lists of top fintech/banking influencers, however, are unique. They provide a valuable resource for staying current on trends and industry news."

Speaking to Finder, Jay Palter said he started working with fintech companies as clients about five or six years ago and discovered the ecosystem of fintech influencers.

'I starting publishing the lists of fintech influencers I had compiled and the response was huge," Palter said. "People found the lists very useful for staying up to date on fintech issues."

However, despite crunching media data to compile lists of influencers, Palter says he maintains that the ranking itself is not "objectively that important".

"Influence is a matter of personal opinion and my influencer lists are merely starting points, based on some data analysis," he said.

What is important to recognise, according to Palter, is that online fintech influencer networks are increasingly important for staying up to date on innovation, regulation and market developments.

"There's an abundance of information and insight published every day and online fintech influencers play an important role in filtering and sharing the best content. Also, if you're working in fintech or trying to raise the visibility of your product or service, online influencer networks are an important strategic tool."

The scope of influence

Top fintech, insurtech and AI influencer Spiros Margaris believes that the rise of fintech influencers is due to the importance of social media in forming public and expert opinion, and in the case of fintech, determining how digital transformation will change the financial industry.

"Traditional advertisements and strategic messages spread by the financial industry no longer have the same impact on public opinion, nor on the consumers that they seek to gain as clients," Margaris said.

"When you look at tech giants, who do you think will change the financial industry together with the fintech startups? Tech giants see the importance of fintech influencers as agents of change."

According to Margaris, financial incumbents are behind the curve not only when it comes to implementing cutting edge technology but also bringing in fintech influencers to help strategise and even sit on boards.

"The fact that influencers have a strong global following shows that they have credibility when it comes to how things might or will develop for the financial industry. What seems to be understood by the tech giants is not yet understood by the banks," Margaris said.

The idea isn't so outlandish and has in fact already happened. Fintech influencer Brett King was announced as an advisor to the board of neobank Xinja in October 2018. King is the founder of challenger bank Moven, the author of the Breaking Banks series, a former advisor to the Obama White House and a regular on fintech influencer lists. Margaris himself is also an advisor and board member to a number of different fintech and insurtech companies.

Fintech is called "fintech" for a reason. It's not traditional finance and instead utilises new technology to develop better financial products and services. There are a few ways that fintech companies and fintech teams within financial institutions separate themselves from traditional finance. This can include adopting an agile approach and promoting a non-corporate workplace culture.

Margaris believes that we would not have financial and banking influencers if there weren't fintech influencers, and says that the "fintech" brand can be utilised by any part of the industry to signify change.

"Fintech is embedded within the entire financial industry – from banking to insurers – and the word has an increasingly strong association with change created through the use of technology," he said. "The whole industry now has a clear message for change and it doesn't matter where it comes from, whether start-ups, tech giants or even incumbents."

Fintech influencers are not only continuing to be embraced but are also evolving. Celebrity influencers are becoming increasingly important in fintech and are an integral part of many fintech strategies. In January 2019, buy now pay later provider Klarna announced Snoop Dogg as its newest shareholder and the face of its marketing campaign.

"Snoop Dogg is not only a rap legend but also a successful businessman, with a genuine interest in tech, retail and e-commerce," a Klarna spokesperson told Finder. "He also has a great understanding of consumer behaviour and is exceptional when it comes to branding and marketing."

Margaris believes that celebrity influencers have their place in the fintech space by helping it grow in importance and credibility.

"However, true impact comes from fintech influencers because they possess credibility, are seen as trustworthy and have an unwavering dedication to our space," he said.

Margaris also points out that many fintech influencers are already global brands and celebrities in their own right, such as Brett King, Jim Marous and Chris Skinner.

Palter believes that genuine influence is in the eye of the beholder and that the best fintech influencers share similar traits.

"They work very hard to maintain their relevance and expertise," he said. "And they are committed to sharing insight generously and serving the online communities and audiences. Of course, there will always be some people whose prominence is a product of gaming the system more than contributing real value – but that is true of almost any discipline."