What Amazon should be doing in Australia, according to sellers 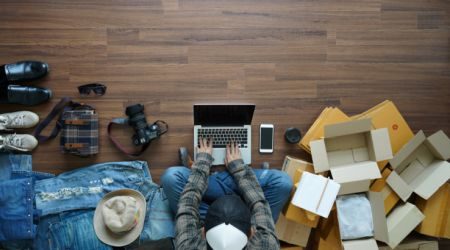 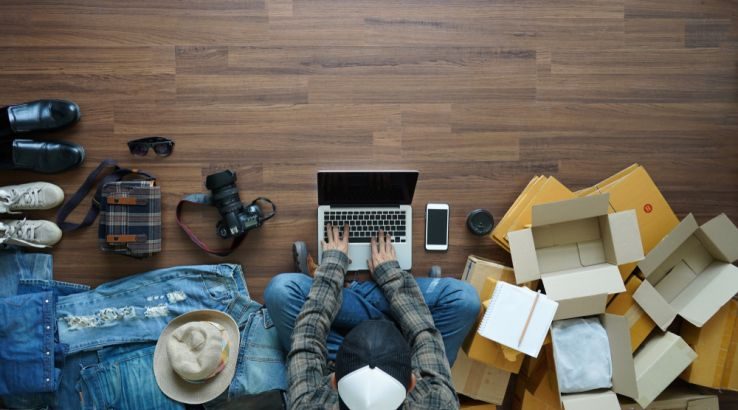 How have Australia's small businesses been faring on Amazon's platform?

Before Amazon actually did launch in Australia, the sheer size and influence of the retail powerhouse in overseas markets led to wild speculations about the impact of its launch. Would, like in the US, Amazon end up accounting for 44% of Australia’s e-commerce sales? Or, would we reach the state of the UK, where Amazon's revenue has been growing consecutively for three years to a total of £8.8 billion in 2017?

While it's still early days, it appears Australia has been performing quite differently to other markets. According to an analysis by the Sydney Morning Herald, Amazon took in $16 million in sales in 2017 (it launched in December), which is an $8.9 million loss. For context, Australians spent 2,000% more at Myer. A Finder analysis of Amazon's recent Prime Day also found that the sales event was ten times smaller than in the US.

So where does that leave Amazon's Australian sellers?

You just get diluted

Judith Treanor from retail store Temples and Markets was one of the first selling on Amazon Australia.

"Because I had so many products at the beginning, they really helped me at the start. You can't really find most of what I sell anywhere else, particularly in Australia. And when Amazon actually launched in December, I had a really good few weeks."

However, she says a lot has changed since the December launch.

"It was great, Christmas, and people were quite interested because it just launched all of a sudden. But now you've got thousands more sellers on there, and you just get diluted."

Treanor also says the actual system itself can be time-consuming and fiddly, especially as she has a number of products.

"I'm used to Shopify's platform, which is so easy. You know, to try and upload products into Amazon, there are so many different screens you've got to go to. It's really time-consuming."

"Elsewhere around the world, they've got a Shopify-to-Amazon link or some kind of a plugin. There isn't one here yet. So I've had to spend a lot of money on something called Codisto," she explained.

A bit of a learning curve

Tom Graham from Swamp Industries, a music and audio retailer that's also been selling on Amazon Australia since the launch, also believes "things are not set up 100%" in Australia at the moment.

"When we were looking to get our products up on to Amazon, our e-commerce platform, Neto didn't have the integration," Graham said. "It just required us to create a system so we could list the products up on Amazon for that launch. So there was a bit of a learning curve, just learning how their systems work, but that kind of put us in a good way since we now have a thorough understanding of how their system works, especially now that we're starting with FBA."

One of the most important aspects of Amazon, the Buy Box, which adds a "buy" button to a single product for a search, might also remain a bit of a mystery. While Amazon provides data around the percentage of time retailers hold the Buy Box, according to George Pass from Swamp Industries, the data "isn't always reliable".

"We might have a unique product that we know no one else is selling. It is our own branded product, but still the reporting is saying we don't have the buy box 100% of the time," says Pass.

"That is certainly something that is strange to us and we've asked for a clarification on that and haven't really had a lot of meaningful advice on that [...] So I guess support on the data side of things could be improved, definitely."

While some retailers are still mitigating the finer details of Amazon's system, others, such as Nick Gu from Cycling Deal, have had a good experience with the platform.

"Amazon Australia has just been established over the year and not many people or customers found that Amazon is better than eBay here," said Gu.

"But sooner or later, when all the merchants launch Amazon stores on Amazon Australia, and they also find how easy the refund process is, and how quick Amazon can deliver orders to their customers, then I believe Australia's online customers will be happy with the Amazon Australia offer."

Gu says that retailers should sign up to the platform now because of what it will be in the future rather than what it is now.

"I would recommend [signing up as a seller] because in maybe a couple of years we can see amazon.com.au will be the biggest online market for Australia online service and customers. In the United States, they cover 50% of online. So basically, for every customer who is spending $2 online, they are spending $1 on Amazon."

But for Gu, there is still room for improvement.

"First of all they need to sign up with more services, of course, and they need to carry a full range of all their items, what they are carrying in the United States. They are experienced in the online market and they know what customers need," Gu says.

"I believe they will be much better than eBay. Worldwide eBay is now more – how can I say – they are offering some services, like guaranteed delivery as well, but those won't change. Amazon will be the big online marketing in Australia for sure."

Despite the challenges she's faced, Treanor says she plans to continue to sell on Amazon.

"Amazon's a way of life around the rest of the world. People use it the same way they use Google. Now, I don't know if it's Amazon or the Australian consumer or a bit of both. It just doesn't seem to get it," she says.

"The thing with Amazon was I really wanted to be on it, and I still have the feeling."

"And I'm sure they're playing the long game. I mean, this is Amazon for goodness' sake."